There is a long and bitter history between Tuhoe and the Crown. The settlement with Tuhoe over Te Urewera on Thursday comes 118 years after Parliament passed legislation that would have achieved a similar outcome, had the Crown honoured the law. 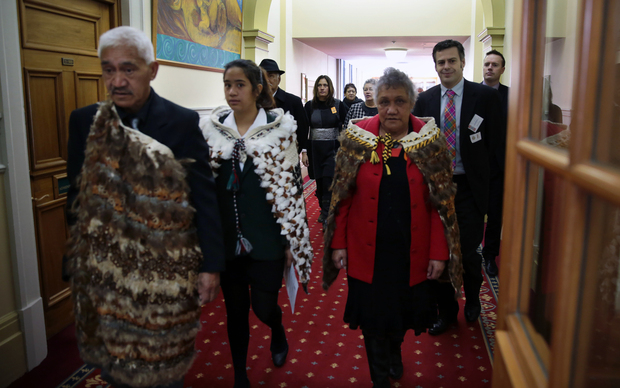 The final reading of the legislation was held at Parliament on Thursday. Photo: RNZ / Diego Opatowski

Te Urewera National Park will become a new legal entity governed by a board of Tuhoe and Crown appointees. The $170 million settlement follows the Crown's acknowledgement of historical land confiscations and brutal military campaigns against the tribe.

It includes a commitment for the Government to provide better social services to an area it describes as isolated and deprived, and to allow Tuhoe to manage its own affairs in housing, education and health.

But it is the creation of a new legal body to govern the tribe's homeland, Te Urewera National Park, that Treaty Negotiations Minister Christopher Finlayson focused on in his speech to the House.

"Te Urewera will no longer be a national park," he said. "Instead it will have its own legal identity. It reflects a Tuhoe view of Te Urewera as having an identity in its own right, not as a mere possession but a treasured place that requires respect and careful stewardship."

Mr Finlayson assured Parliament that iwi and hapu who disagreed with the agreement would get a chance to have their claims settled too.

"The redress proposed in this bill does not preclude any future redress that may be agreed with other iwi and hapu who have interests in Te Urewera. The Waitangi Tribunal has considered these issues and found this to be the case."

But New Zealand First leader Winston Peters was not reassured.

"Because it they're not recognised now, how difficult will it be for them in the future to be recognised? And just because they may be smaller in number, the fundamental principle of the law is if they have right on their side, they should be acknowledged." 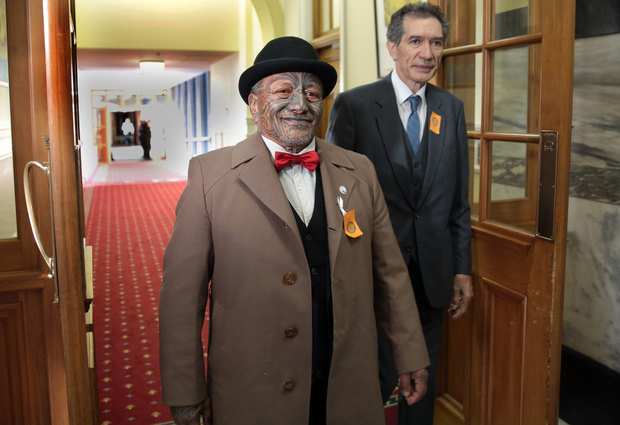 Parliament also passed legislation settling 13 claims made by Tamaki Makaurau iwi and hapu over their shared interests in the Auckland area.

It includes the handing back of 14 of the region's volcanic cones, including Maungakiekie - One Tree Hill, Maungawhau-Mount Eden and the summit of Rangitoto.

Maori Affairs Minister Pita Sharples told the House that the ancestral maunga (mountains) are highly significant for the people of the tribes involved.

Dr Sharples said the sites are the markers for the most visible evidence of original Maori settlement, reaching back to the 17th century. He said the 14 maunga and four motu (islands) in Auckland's surrounding waters are a source of great symbolic and spiritual importance.

Members of Auckland's Ngati Whatua were at Parliament for the passing of the legislation.