The Prime Minister has all but confirmed New Zealand will send training troops to Iraq, to assist in the fight against Islamic State. 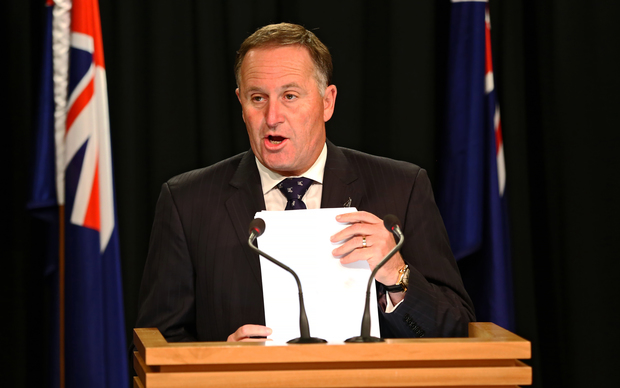 He said he would lay out the details of a deployment to Iraq in Parliament tomorrow, insisting it would be strictly limited to a training role.

The Cabinet considered the proposal today, to send about 100 defence personnel to Iraq - it would be training troops as well as soldiers to protect them.

It is likely they would team up with their Australian counterparts in a joint training force.

But Mr Key insisted he was not sending New Zealand soldiers to war.

"On the basis that New Zealand is sending trainers, you know we're obviously sending them to an environment which we'd accept is a dangerous environment.

"We'd certainly accept that they'd be there to train Iraq forces to stand up against the threat from ISIL but it's quite different from sending New Zealand combat forces."

But he said they would be given the flexibility to protect themselves, even if that's 'beyond the wire' - if New Zealand's trainers were to come under attack.

"In the event that they'd have to defend themselves, if that was the situation, then theoretically they could do that at the real margin but in principle, in the hypothetical situation if there was some firefight down the road, and the Iraqis were being overpowered, they couldn't go and assist that."

The Government has previously indicated New Zealand soldiers would not have a status of forces agreement but would operate under diplomatic passports.

Mr Key indicated intelligence gathering could also be part of the support offered.

"Intelligence gathering has been a function that we've done in the past in lots of locations and we've certainly done that in places like Afghanistan, and that's been well and truly documented."

Mr Key will make a ministerial statement to Parliament tomorrow, which will lay out the details of the deployment.

It's expected there will also be an announcement about a joint Australia New Zealand training force, out of Canberra tomorrow.

No vote on Iraq decision

Once the decision is announced, it will be taken to Parliament for a debate only.

Earlier today, Mr Key told Morning Report it did not need to go to a vote as the proposal was for training forces not combat troops.

"I don't think the issue here is that it needs to pass a Parliamentary vote," he said.

"We wouldn't normally do that when we're sending training forces if that's what we ultimately do.

"On the basis that Cabinet makes a positive decision today, we're not sending troops going into a combat role."

However, he said, if it was put to a vote he was confident it would win support.

At present, ACT is the Government's only backer for the move, and National is down one vote due to the resignation of its Northland MP, Mike Sabin.

In the meantime, with the support of ACT's one vote, the Government would get 60 votes on the Iraq deployment, and would need 61 to won a majority vote in the 120 seat Parliament. If it wins the Northland by-election, National's 59 seats would be restored to 60.

Labour Party leader Andrew Little said there should be a vote in Parliament.

"It gives an indication about where Parliament, as the representative of all New Zealanders stands on an important issue like this," he said.

New Zealand First leader Winston Peters said Mr Key was bypassing a parliamentary vote because he knew he would lose it.

The Greens said while the Prime Minister legally had the right to deploy soldiers, it was politically improper to do that without putting it before Parliament first.

One of National's allies, United Future leader Peter Dunne, has said an intervention would only make matters worse, as history had shown time and time again in that region.

Some Australian newspapers have reported that New Zealand and Australia will form an ANZAC force.

Mr Key would this morning say only that Australia would be the logical partner if co-operation were planned.

"It's highly likely that if we go into a partner training capacity in Iraq ... it's obviously very likely that partner would be Australia," he told Morning Report.

"But the makeup and structure of that hasn't been decided by Cabinet yet and we'd want to communicate that tomorrow on the basis we make that decision."