Defence Minister Gerry Brownlee says he confused his words this morning when he contradicted the Prime Minister's argument for why New Zealand troops should help train the Iraqi army. 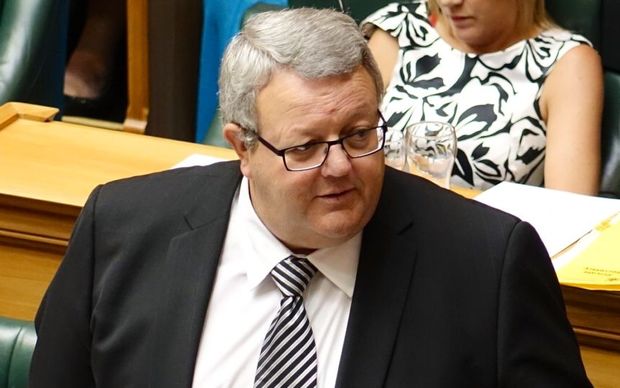 He also flatly rejected suggestions that the Government had already committed to sending training troops to Iraq.

This morning Gerry Brownlee told Morning Report that it was unfortunate to describe the possible deployment as the price of belonging to the club, a description used by John Key.

The 'club' is the group of countries which include Australia, Canada the United Kingdom and the United States.

He said the comment was made by the visiting British Foreign Secretary, Philip Hammond, last week, but in fact John Key made the comment to the BBC in January.

But during Question Time this afternoon he sought to clarify that.

"That wasn't my intention I misunderstood the intent of the question from the radio interviewer and I confused two things: club and family.

"I stand by my comment meant to be that the British Foreign Secretary's comment last week, that we were part of the family and meant to turn up [to Iraq] was inappropriate," said Mr Brownlee.

Labour's defence spokesperson Phil Goff then asked him what was the justification for putting New Zealand's soldiers in harm's way when 10 years and 25 billion dollars worth of efforts by the United States had failed to end the incompetence and corruption of the Iraqi Army.

Mr Brownlee replied that there had not been a decision on sending troops to Iraq and the Government had been very open about the fact it was looking at how it might contribute to the fight against Islamic State.

"Why do human rights abuses by ISIS apparently require our intervention when years of similarly appalling abuses by Boko Haram and by President Al Assad of Syria have attracted so little comment and no action from his Government?"

But Mr Brownlee said that the Government did condemn the actions of those groups.

"When there is an opportunity to do something, as there may be [in Iraq] then that becomes the point where you do do something about nipping in the bud the very organisation that appears to be funding a lot of these other ratbags around the world."

He said New Zealand was among 60 countries that had expressed interest in helping in Iraq, but he had not talked to General Allen about training.

Mr Brownlee said he had discussed with General Allen options for combatting IS outside of military activity.

He said one of the focuses General Allen wanted was on stopping the money supply to IS.

Meanwhile, the MP who first questioned the Government about Defence Force training for Iraq claimed there had been a cover-up.

New Zealand First MP Ron Mark told Morning Report that documents would eventually be made public that showed Defence Force personnel were told some time ago they were going to Iraq and the training took place last year.

"We will check what was said in the House against the military instructions that were written last year and issued last year, and then deleted under order and transferred to a secure network after I started asking questions in the House," Mr Mark said.