Iraq has issued a request for assistance from New Zealand, after a top level meeting in Auckland today. 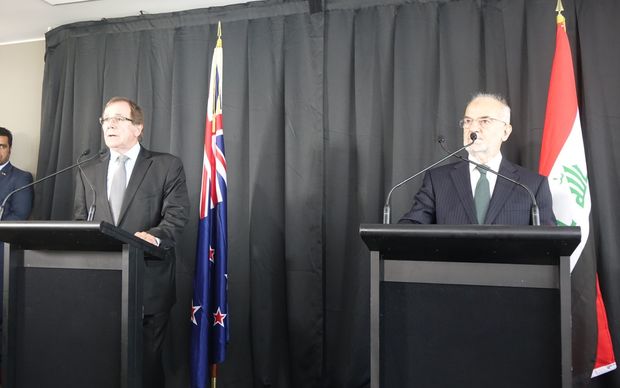 The request for support takes New Zealand one step closer to a decision on deploying troops to help train Iraqi forces, with back-up from special forces.

The Government has repeatedly ruled out the troops having any combat role.

"We are looking forward to receive [sic] more support from the world countries, including our friendly country, New Zealand."

He said that could include air cover, reconstruction, training and information sharing.

Dr al-Ja'afari acknowledged there were pockets of corruption in the Iraqi army, but said there were many professional and capable soldiers.

Mr McCully said the two of them discussed what New Zealand would and would not be able to provide.

"He's nominated the areas in which they hope that countries will be able to provide ... support. We've made it clear that there are some ... areas that are not appropriate for New Zealand. Air cover is obviously one of those.

"But [it's] also been clear that we are able to have further discussions about areas where we do have capabilities."

In response to a question about the safety of New Zealand troops on the ground, Dr al-Ja'afari told reporters Iraqi troops would provide protection.

Mr McCully said while he appreciated Iraq wanted to provide a safe environment, New Zealand had its own requirements when it came to ensuring protection for its soldiers.

He said there needed to be further discussion on legal protection for soldiers.

"The Foreign Minister has made it clear that they would wish to provide a generally safe environment to anyone who is contributing support ... but separately from that, the New Zealand Government obviously expects its officials, both military and civil, to explore what is required to ensure the safety of our people." 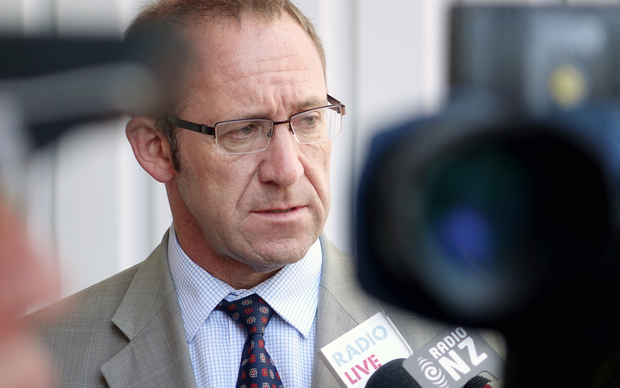 Opposition parties have questioned how effective New Zealand trainers would be, given the huge amount of money and effort already contributed by the likes of the United States.

They also want assurances about the legal status of any soldiers sent into Iraq, and about the conditions they would be expected to work in.

Mr Little said the Iraqi government knew any help from New Zealand in the fight against Islamic State should have the blessing of the people.

He said Dr al-Ja'afari made a polite request for military help, knowing there was debate in this country over whether to send troops.

"He understood that there is a debate in New Zealand, which is about the extent we can commit and the risks we take - so I would describe it as a polite request for assistance if that is possible."

Mr Shearer said pressure for military assistance in Iraq was not coming from Iraq but from other countries like Australia and the US.

He said Iraq would be pleased with any support, whether military or civilian, and did not start the push for help.

"Government has made a decision that it wants to put military trainers on the ground, which has come as a result of the Americans and Australians wanting us to do that,

"And now we're seeing the Iraqis come here, in a sense to complete the circle. I don't believe that request originally came from the Iraqis."

He said it needed to rebuild institutions such as parliament, the police force and the justice system from top to bottom.

Yesterday, Mr Key again ruled out New Zealand troops being involved in combat, despite the United States indicating it might put combat troops on the ground there.

The Government has said if soldiers were sent it would be to train Iraqi troops only.