Legislation the Government believes will protect New Zealand from the threat of foreign fighters has passed its first reading in Parliament this evening. 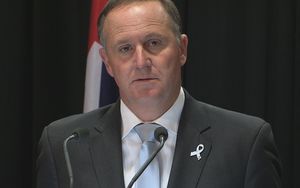 The bill will extend the period the Government can cancel a passport for, from 12 months to three years. It will also allow the Security Intelligence Service to carry out greater surveillance than it does now, including in special cases without a warrant for up to 48 hours.

The bill passed its first reading by 107 votes to 14, with only the Green Party voting against it.

The Minister in charge of the SIS and GCSB, Chris Finlayson, told Parliament tonight there were good reasons for taking a tougher approach to foreign fighters.

"This omnibus bill responds to the rapid evolution of the threat posed by foreign terrorist fighters and other violent extremists in the west," he said.

Labour leader Andrew Little said while his party would support the bill to select committee stage, it was worried about the move to allow the SIS to conduct video surveillance without a warrant.

"We needed to see a case from the Government about the circumstances in which these sorts of powers might be needed, or the circumstances that might justify these powers, particularly the warrantless surveillance," he said.

"It is fair to say that there is still some nervousness on our side about the provision as it appears in the bill."

Prime Minister John Key earlier said he wanted wide support from the House for the proposed changes but that the Labour and Green parties had expressed concern.

The Government was doing everything it could to work with Labour to get widespread support for the changes and expected the party to support the bill at least at its first reading, he said.

Labour's major concern seemed to be the extension of SIS surveillance, and its director would personally brief Mr Little on why the changes were necessary, Mr Key said.

The bill will now be sent to the Foreign Affairs, Defence and Trade Select Committee.