The four Labour Party MPs vying for the party's leadership have wrapped up their three-week long roadshow.

Party members and the party's affiliated unions now have until Tuesday to vote on who should be the new leader.

Andrew Little, Nanaia Mahuta, David Parker and Grant Robertson have travelled from Whangarei to Invercargill as they pitch for the leadership of the party.

The final meetings were held in the critical Auckland region - with the last one in South Auckland last night. 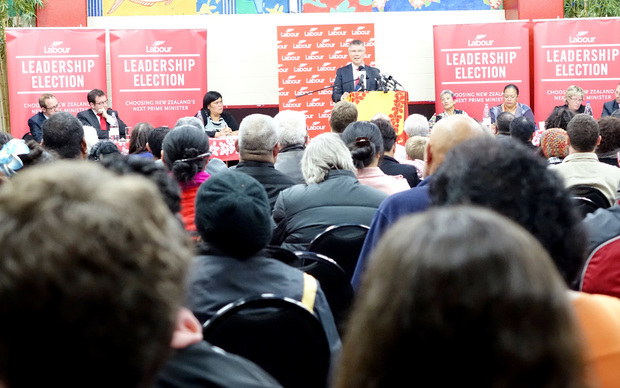 About 200 people came to see the candidates at the last meeting in Auckland. Photo: RNZ / Kim Baker Wilson

Party members at the meeting were impressed with what they heard, and many told Radio New Zealand all four contenders were so impressive it made it hard to know how to vote.

Others said it didn't really matter who won as long as they could unify the caucus.

The decision now rests in the hands of their colleagues, party and affliated union members who have until midday Tuesday to cast their ballot. 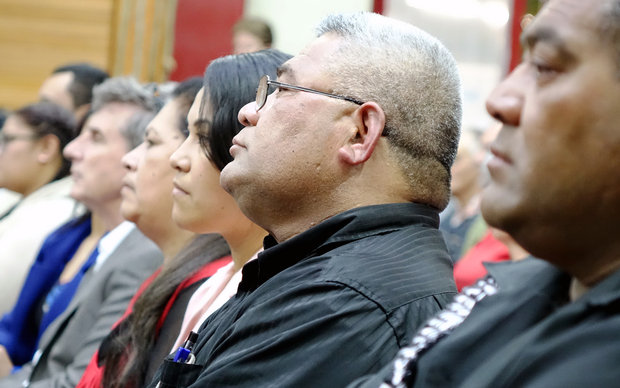 The new leader will be announced on Tuesday Photo: RNZ / Kim Baker Wilson

Party president Moira Coatsworth said the three-week process was democracy in action, and well worth the time and money.

"Democracy's really important and this is particitipation in one of the most important decisions that a party makes."

Votes are cast under a preferential system, so members rank the the candidates in order of preference. Voters must rank all four or else their vote will not be counted.

Voting closes at midday on Tuesday and the new Labour Party leader will be announced two hours later.