National's environmental policy to exclude dairy stock from waterways by 2017 has been slammed as farcical by an environmental lobby group. 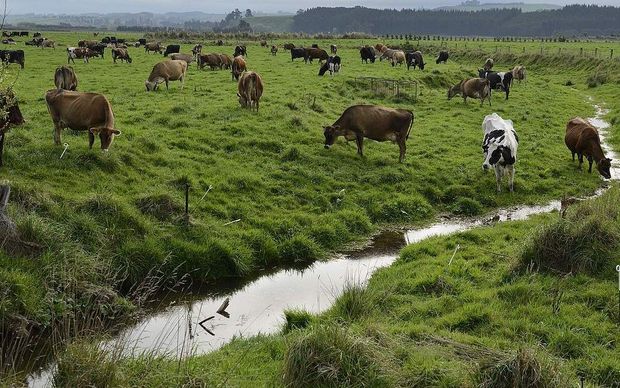 Meanwhile, dairy farmers said they were already complying with a voluntary code, and the policy was simply legislating for water protection that was already in place.

National proposes to make it a mandatory requirement that all dairy farms should be fenced to prevent stock accessing waterways from 2017, and it was planning to expand that outside the dairy sector.

Prime Minister John Key said the Government is recognising that there needs to be a balancing act between agriculture and the environment.

"I do think it's a recognition that if we're going to continue to intensify our agricultural output, we can't do that at the cost of the environment. New Zealanders don't want that.

"It's incumbent I think on both the Government to lead the charge but also New Zealand farmers to realise we have to leave our environmental conditions in better shape than we found them." 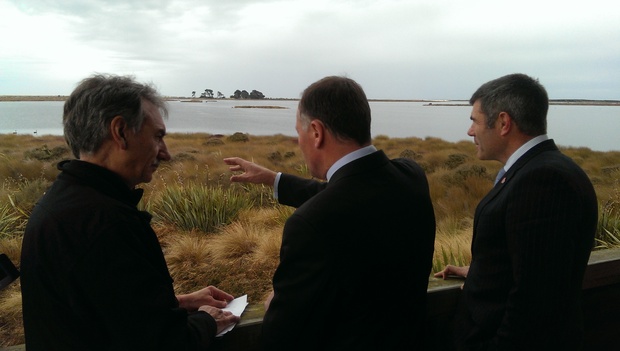 The Government believed the policy would be well received by farmers.

However, Federated Farmers said an existing voluntary accord for farmers to exclude dairy stock from waterways had been an outstanding success, and the introduction of regulation implied it had failed.

By the National Party's own admission, about 90 percent of all dairy farm waterways are already fenced.

The lobby group's dairy chairperson, Andrew Hoggard, did not think the policy announced today was necessary.

"I'd have preferred to see this sort of stuff just left at the regional level where it's being dealt with and the industry's already doing it.

"So, I don't know, it just seems a little unnecessary really. It's just policy anyway - it's what we were doing anyway, but if we were already doing it why do you need to legislate it?"

The aim of the party's policy is to have all waterways on dairy farms fenced by July 2017, one whole month after the existing accord's deadline for achieving just that target. 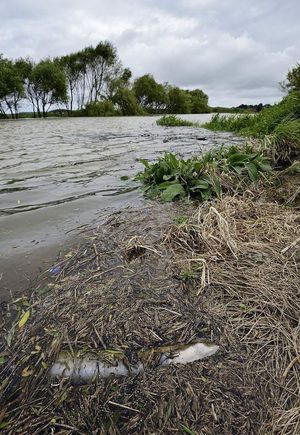 "The Government at that point would be regulating something which the industry has already agreed to achieve, under the Sustainable Dairying: Water Accord - which is all the dairy companies, all the suppliers in New Zealand.

"They've agreed that they will have excluded dairy cattle from all streams bigger than a metre and deeper than 30cm, by a month earlier.

"This makes no sense whatsoever."

National is also planning to introduce a $100 million freshwater fund, to buy farmland alongside important waterways over ten years, so buffers are created to improve water quality.

The $100 million would be the Government's contribution and it would expect regional councils to contribute as well.

Environment Minister Amy Adams said it would be a market transaction on a voluntary basis with landowners, and she believed there would be a high level of interest.

But Kevin Hackwell said although it was good the Government was acknowledging there is a problem, its plan was not the right answer.

"(We've) got to stop the high levels of nutrient getting into the waterways. That's about the high stocking rates that we have - they are too high, we need to deal with those - and also the fertiliser rates and the amount of run-off we get is too high.

"And $100 million spent over 10 years would be much better spent on research into how to lower the nutrient coming into the waterway, but particularly on things like farm extension officers, which we got rid of 20 years ago."

The National Party said it would also work with the industry to exclude other cattle from waterways over time on intensively farmed lowland properties.