Labour is promising to have all rivers and lakes in New Zealand clean enough to swim in within 25 years. 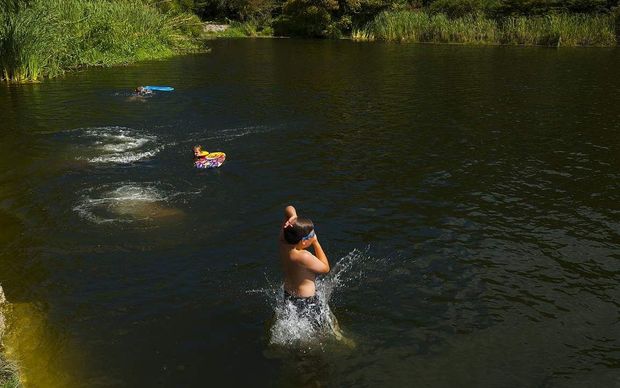 Federated Farmers says it is simply impossible to have all freshwater at a safe, swimmable level within a generation. Photo: PHOTO NZ

As part of its plan to achieve that, Labour would introduce a charge on large water takes for irrigation, at what it said would be a fair and affordable price.

But a spokesperson for Federated Farmers, Ian Mackenzie, does not believe it.

"Their view of what is fair and affordable, and our view, is highly likely to be different.

"The concept that in fact we're an untapped resource of tax is extraordinary, I don't think anybody within the Labour caucus probably understands what they're doing."

Mr Mackenzie said it is simply impossible to have all freshwater at a safe, swimmable level within a generation.

It said the charge for large water takes for irrigation would encourage the most efficient use of that water and the revenue raised would pay for new sustainable irrigation schemes, safe rural drinking supplies and the restoration of waterways.

Federated Farmers said farmers operate within tight margins and should not be hit by yet another tax. It cited the example of Lake Ellesmere in Canterbury, which it says local iwi think will take more than 100 years to clean up.

"And so, look, it's aspirational in terms of it's a generational change, but I do believe it's achievable."

Ms Whaitiri said it is only fair that high water users pay for taking advantage of a public resource.

The chief executive of Irrigation New Zealand, Andrew Curtis, says imposing an irrigation tax would be impossible to implement and Labour fails to understand the complexities of freshwater management.

Mr Curtis said the tax would be passed on to consumers in the form of higher food prices.

Labour, however, said the problem of polluted water ways is not just rural, and plans to make cities and towns monitor industrial waste.