Kim Dotcom has reiterated he had nothing to with the hacking of the Cameron Slater's communications, but revealed he did consider hiring a private investigator to monitor the blogger. 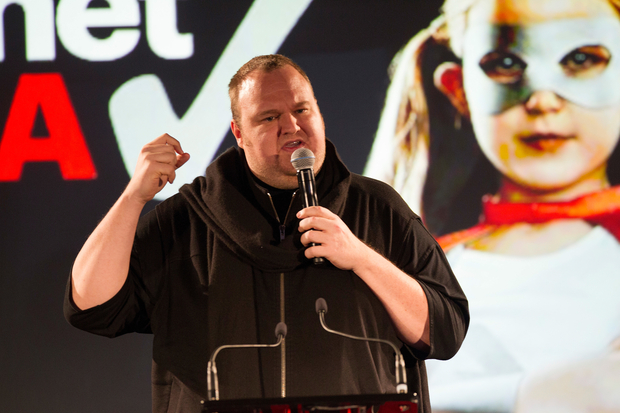 Computers belonging to Mr Slater - a right-wing blogger - were hacked in January, and some of the contents released in the book Dirty Politics by investigative writer Nicky Hager and on Twitter.

Mr Dotcom told Radio New Zealand's Morning Report programme he did not hack Mr Slater and he did not know who did.

"I have nothing to do with the hacking of Whale Oil, I'm not behind Whaledump, I've issued a press release some days ago about that and I can't believe these allegations are still live," he said.

He revealed he considered hiring a private investigator to monitor Mr Slater, but changed his mind after realising the surveillance would be similar to that conducted on him.

Mr Dotcom said he had had been preparing legal action against Mr Slater, and his legal team had monitored the Whale Oil website to build the case, using only publicly available information.

The internet businessman said he shouldn't have made a remark in his speech at the Internet Mana launch yesterday linking hacking to his dislike of the Prime Minister John Key. "I have to admit that was very unwise, and I'm on my final, final warning."

Mr Key told reporters today he wasn't concerned about Mr Dotcom's comments. "Other people have to make their own assessment, I just don't care - I don't spend any time thinking about the guy."

Internet Mana struggled to keep the campaign launch from being overshadowed by questions about Mr Dotcom and the hacked website material in the Dirty Politics book.

Mr Dotcom was repeatedly asked by reporters whether he had anything to do with Whaledump and denied any connection.

In his speech he talked of using his hacking skills when he was 19 years old in an attempt to ruin the German Prime Minister's credit rating.

"We've talked about jobs today and people living in poverty - you want to interview Kim, who said no interviews, about a 19-year-old story - you work in news, you puffed up little shit," she told a journalist.

Ms Harre told Morning Report she was not comfortable with the handling of the media by Ms Corkery, who regretted her actions.

"She apologised for losing her cool with the media that had been pursuing her for some time in quite an aggressive way for an interview with Kim Dotcom which they were aware wouldn't be given and they were aware of that before the event."