The Labour and Green parties are questioning the integrity of Prime Minister John Key, saying he is not being honest about what he knows about spy agency documents released to a blogger in 2011.

An investigation has been launched to determine whether the release of the documents from the Security Intelligence Service to Whale Oil blogger Cameron Slater was legal and politically motivated. 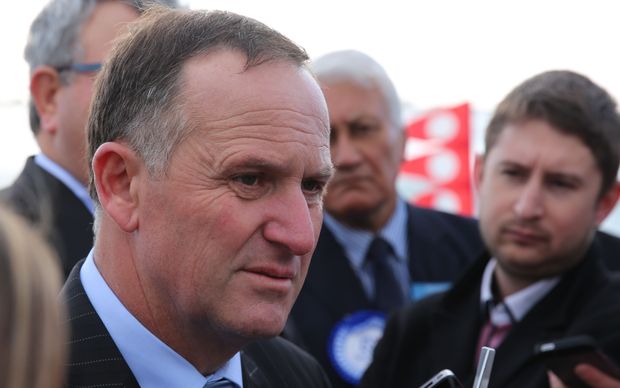 John Key maintains that he was never personally briefed by SIS director Warren Tucker that he was going to release documents which would embarrass the Labour Party.

This is despite Mr Key saying at a news conference in in 2011 that he was told. He has been insisting this week that his office was told, but he was not.

The information, which was damaging to the-then Labour Party leader Phil Goff, was released under the Official Information Act (OIA) to Mr Slater, a right-wing blogger.

Audio from a press conference John Key gave in 2011, when he answered questions on the documents, is raising more questions about what Mr Key knew.

Labour leader David Cunliffe says most New Zealanders won't believe John Key when he says he did not know the SIS was going to release information to the blogger and his credibility is in doubt.

The Labour and Green parties have called for Mr Key and staff in his office to be placed under oath in an investigation. Today, Mr Key said he was prepared to do this.

The Inspector-General of Intelligence and Security, Cheryl Gwyn, is carrying out the investigation. She is not prepared to comment on specific processes, but said in a statement today that she was committed to conducting an in-depth inquiry.

Yesterday, Mr Key told reporters he was holidaying in Hawaii when when SIS director Warren Tucker was releasing the documents to Mr Slater, and that he wasn't personally aware of what was going on.

However at his post-Cabinet media conference in August 2011, Mr Key said Dr Tucker told him that the document was going to be released.

Mr Key said: "Cameron Slater went to the SIS and under the Official Information Act, asked for the release of that document. What happened was Warren Tucker didn't come to me for that, he went to his legal advisers and the legal advisers told him this is the process they have to follow - and when he was going through that process it was at that point he told me he'd release them because he has to tell me that under the no-surprises policy."

Mr Key said today that when he used the word "me" in the 2011 media conference it referred to his office and he stands by his statement - that his office knew about the document release but he personally did not.

The SIS documents were released after Phil Goff and John Key had clashed about suspicions of spying by Israeli backpackers. Mr Goff had criticised Mr Key's comments on the matter, but then had to admit he had been told about it by SIS director Warren Tucker. However, Mr Goff said nothing of substance had been said - otherwise he would have remembered it. 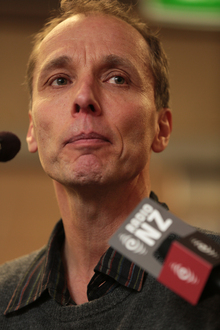 Mr Goff said today the Prime Minister's former top adviser Jason Ede and his chief of staff Wayne Eagleson should have to give evidence under oath to the Inspector General of Intelligence Cheryl Gwyn.

The author of the book Dirty Politics says Ms Gwyn must find out whether the SIS was politically influenced in its decision to give information to Cameron Slater.

Nicky Hager, whose book exposes interactions between senior National Party figures and Mr Slater, said she should try to finish her inquiry before the general election on 20 September.

"Her job is to mainly look at the intelligence agencies. But the thing with intelligence agencies is, that they are required to give information and to liaise with their minister, of course, but that means with the Prime Minister's office. And so it runs the risk that information from the agencies will be used for political purposes - and that's what I'm hoping she will investigate."

Mr Hager said the the Inspector General's office was previously very under-powered and this inquiry is the public's first chance to see its new powers in action.

A public law expert says the inquiry will reassure the public that someone is watching the watchers. John Ip from Auckland University says the inquiry must show whether the SIS acted appropriately in its handling of the information request by Mr Slater.

Dr Ip says the law requires spy agencies to act in a politically neutral way and the investigation should reassure the public there is some oversight of their activities.