Within the swirl of media coverage about Nicky Hager's latest book, Dirty Politics, important allegations are sometimes muddied or over-looked. What follows are some of Mr Hager's most serious allegations, his argument, and the Government's response. 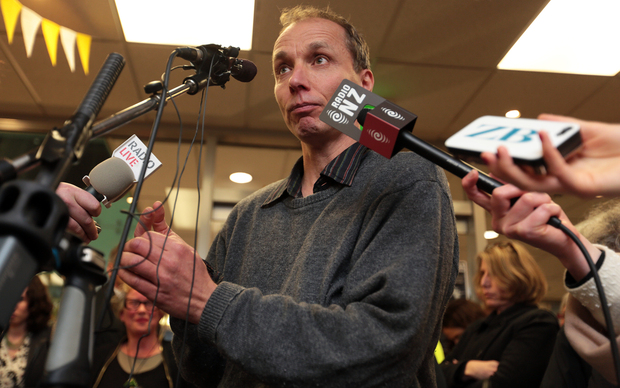 The book is based on thousands of emails and Facebook messages between right-wing blogger Cameron Slater and a network of National Party figures.

Nicky Hager says the communications were leaked to him by an individual who he believes hacked Mr Slater's website in January this year.

But Mr Slater argues that the correspondence published is very selective. He asks why Mr Hager hasn't published any emails from the numerous Green and Labour MPs and staff he communicates with.

VIDEO: People in Wellington offer their thoughts on Nicky Hager's book, and if the allegations in it might affect how they vote (via The Wireless)

The Labour Party computer kept logs of outside computers that accessed the data.

The first download is on 27 May 2011 from a disguised IP address. Mr Hager claims that was Mr Slater's blogger friend, Aaron Bhatnagar, who then tipped him off.

The second is on 30 May, again using an untraceable IP address. Mr Hager claims that was the Prime Minister's "black ops man", Jason Ede.

31 May: The database is downloaded by someone at the National Party headquarters.

10 June: Mr Slater discusses the best way to release the data with Jason Ede via email and with political strategist Simon Lusk on Facebook.

14 June: Jason Ede emails Cameron Slater. He writes, "They're chasing us by matching IP neighbourhoods and the types of computer we use." He continues, "In my case, I wish to offer a hearty sigh of relief and celebrate dynamic IP addresses."

John Key says he has asked his office and been assured that the National Party had nothing to do with it.

Mr Key says Cameron Slater outlined on his blog how to access the information from Labour's site which was unsecured. He says "if Jason Ede went and had a look at it out of curiosity, fair enough, but it's got nothing to do with the National Party".

Mr Slater says he was alerted to the website by two sources, neither of which are from the Prime Minister's department.

That the Prime Minister's office tipped off Mr Slater about the contents of classified SIS documents and how to request them in order to smear the then-Labour leader Phil Goff.

20 July 2011: Phil Goff says he's never been briefed by the SIS about an investigation into several Israeli backpackers.

25 July: Mr Goff speaks with the SIS director, Warren Tucker. He says Dr Tucker flicked the issue past him at a meeting in March, but insists he was not properly briefed.

28 July: Mr Slater tells his friend on Facebook that Mr Goff won't last as leader until the election: "I'll finish him off in the next couple of days... I'm sworn to secrecy. But it will be catastrophic."

1 August: Mr Slater tells his friend he's "waiting on documents, then pow... it will happen this week ... it should take him down".

2 August: Mr Slater sends a Facebook message to his blogger friend, Aaron Bhatnagar. He says he'd "OIA'd the briefing minutes and notes for Goff's SIS briefing... it has been expedited, in the public interest. It is devasting for Goff I am told."

4 August: Mr Slater releases the information on his blog.

Nicky Hager argues that the correspondence shows Mr Slater was tipped off about what was in the briefing notes and exactly what to ask for under the OIA. He says the only two avenues could be the SIS (which he says makes no sense) or the Prime Minister's office.

Other journalists also made requests for information about the briefing at the time, but were not provided with the notes. The SIS argued then that they had not made official OIA requests. At least one journalist had.

Cameron Slater says neither the Prime Minister nor the Prime Minister's office told him about Phil Goff's briefing from the SIS. He says he wrote his own OIA and was actually under very serious pressure from senior people to withdraw it.

John Key says the decision to declassify and release the information was solely made by the SIS and had nothing to do with him.

That she may have leaked a controversial email relating to ACC claimant Bronwyn Pullar in 2012.

13 March 2012: The Dominion Post reveals that ACC had accidentally released private details of thousands of claims to an unnamed claimant.

That same day, Cameron Slater is sent a Facebook message from a friend worried about the leak. Mr Slater replies, "I will call Collins and get the real story."

14 March: Mr Slater writes back, "Your file wasn't leaked or anyone else's". He goes on to say, "The person who got it was a woman. She then tried to blackmail ACC into giving her something or she would release the file... she is now likely to be prosecuted for extortion."

Later that day, he writes: "I spoke to the minister ... it was a single excel spreadsheet ... a goddammed spreadsheet ... and the silly bitch tried to get money for it ... Judith has never lied to me."

16 March: Mr Slater writes to his friend on Facebook again: "I know who it is too."

18 March: The Herald on Sunday names the claimant who received the private details as Bronwyn Pullar. It also publishes details about a leaked email which details an alleged attempt to do a deal over Ms Pullar's ACC payment before returning the data.

Ms Collins denies leaking the Bronwyn Pullar email and says she's never discussed the matter wrongly or illegally. She says she can't answer for any conversations Mr Slater had with various people.

The minister points out that she was investigated by the Privacy Commissioner after Ms Pullar and others made complaints at the time.

Ms Collins says the commissioner carried out a forensic review of her work computer and personal computer, and she came out with a clean bill of health.

She says she took defamation action against two Labour MPs who accused her of leaking the letter at the time, and received apologies from them.

John Key says he accepts Judith Collins at her word and isn't going to look into the allegations any further.