EXCLUSIVE - Panama Papers NZ - The head of one of Auckland's most prominent public relations companies has been dragged unknowingly into the Panama Papers' controversy. 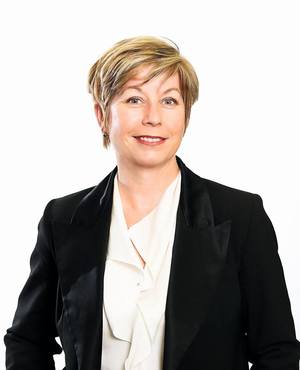 But Ms Pead, who has a host of well known corporate clients and has been described as one of the most influential people in Auckland, said she was only a trustee and a protector of assets of a friend in trouble.

The papers reveal that Ms Pead was involved with a financial management company called Chesterfield Group, a British group with branches in well known offshore financial centres - including the Channel Islands and Cyprus.

Chesterfields then engaged the Panamanian based law firm Mossack Fonseca, which set up three trusts in the British Virgin Islands in 2014.

So I'm in the Panama Papers. But sadly no tax haven here. pic.twitter.com/H33UcwHuk0

Ms Pead, who moved to New Zealand from South Africa in 1996, has confirmed she was involved in the three DAC companies and said it was because she had agreed to help a friend in trouble.

"This is a private arrangement where I agreed to be the protector of a friends' assets while she was dealing with a challenging time in her life," she said in reply to written questions.

She said her dealings had all been with the Chesterfield Management services based in BVI and Cyprus, and she did not know of any links to Mossack Fonseca or the investment of the funds.

"I have no knowledge of where Chesterfield invest the assets they manage."

There's been a few laughs in the office today but many people set up trusts for genuine reasons. My role was in protecting a friend in need

Ms Pead said the DAC entities were now defunct because her friend needed the assets to meet obligations in South Africa.

And the late Allan Hubbard, who founded and managed the failed South Canterbury Finance empire, is shown, along with his wife Margaret, among 80 shareholders of South American Ferro Metals, a company registered in the British Virgin Islands and which listed Mossack Fonseca as its agent.