The anonymous leaker of the Panama Papers is confused about the New Zealand Prime Minister's responsibilities, John Key says.

Mr Key has responded to a claim by the leaker of the Panama Papers that he had been "curiously quiet" about New Zealand's role in enabling the "financial fraud Mecca" of the Cook Islands.

Watch John Key respond to claims made about him by the leaker of the Panama Papers.

The source of the leak, "John Doe", has made an 1800-word statement in which he was critical of official reactions to the leak, calling on Britain, the United States and the European Community to take "swift action" - though their leaders are not named.

Speaking in Auckland this afternoon, Mr Key said he had no responsibilities for tax jurisdiction in the Cook Islands.

"I have as much responsibility for tax in the Cook Islands as I do for Russia," said Mr Key.

Mr Key said New Zealand did try to support best tax practice by the Cook Islands government, and had sent officials to help, but the government there ultimately made its own decisions.

Mr Key said the leaker may be confused about the extent of New Zealand involvement because the Cook Islands use New Zealand dollars. But he said in the international media, New Zealand's involvement in the Panama Papers was barely a footnote.

The Cook Islands came to prominence as a tax haven in the mid-1990s when Winston Peters released documents, which had been given to him in a winebox, about the use of the country by New Zealanders to manage their tax affairs.

The winebox revelations prompted a three-year commission of inquiry. No one was convicted for any of the deals disclosed in the papers but rules were tightened.

The documents, from Panamanian law firm Mossack Fonseca, have shown how some wealthy people use offshore firms to evade tax and avoid sanctions.

They reveal the hidden assets of hundreds of politicians, officials, current and former national leaders, celebrities and sports stars. They list more than 200,000 shell companies, foundations and trusts set up in tax havens around the world.

Mr Key said New Zealand was working with other countries and the OECD to close down tax loopholes and a review of the law around foreign trusts was already under way.

Inland Revenue would set up a small team to review any information in the Panama Papers that relates to New Zealand, once those parts of the papers are published, he said.

In the statement, "The Revolution will be Digitized", John Doe starts by saying: "Income equality is one of the defining issues of our time." Although the name John Doe is used, the identity and gender of the source has not been revealed.

The whistleblower accused banks, financial regulators and tax authorities of having failed.

"Decisions have been made that have spared the wealthy while focusing instead on reining in middle- and low-income citizens.

"Thousands of prosecutions could stem from the Panama Papers, if only law enforcement could access and evaluate the actual documents.

"ICIJ [International Consortium of Investigative Journalists] and its partner publications have rightly stated that they will not provide them to law enforcement agencies. I, however, would be willing to co-operate with law enforcement to the extent that I am able."

But the source added: "Legitimate whistleblowers who expose unquestionable wrongdoing, whether insiders or outsiders, deserve immunity from government retribution."

Responding to speculation about his or her identity, John Doe's statement says: "For the record, I do not work for any government or intelligence agency, directly or as a contractor, and I never have.

"My viewpoint is entirely my own, as was my decision to share the documents with (German newspaper) Suddeutsche Zeitung and the ICIJ, not for any specific political purpose, but simply because I understood enough about their contents to realise the scale of the injustices they described." 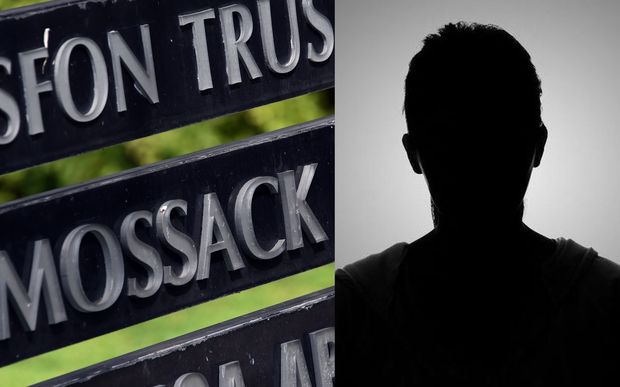 The anonymous source said he or she had not worked for any government or intelligence agency. Photo: AFP / 123RF

"Shell companies are often associated with the crime of tax evasion, but the Panama Papers show beyond a shadow of a doubt that although shell companies are not illegal by definition, they are used to carry out a wide array of serious crimes that go beyond evading taxes," the statement said.

Panama-based Mossack Fonseca denies any wrongdoing. It says it was hacked by servers based abroad and has filed a complaint with the Panamanian attorney general's office. It says it has not acted illegally and that information was being misrepresented.

The John Doe statement came shortly before US President Barack Obama delivered an address on the economy, in which he cited the Panama Papers as highlighting the problem of corruption and tax evasion.

He said the US would require banks to identify those behind shell corporations. Mr Obama said his administration's actions would allow it to do a better job of making sure people paid taxes.