Panama Papers NZ - The Prime Minister has reiterated his view New Zealand is not a tax haven when questioned about the latest Panama Papers revelations in Parliament today.

A joint report released today by RNZ News, One News and investigative journalist Nicky Hager about the leaked papers has shown how New Zealand is involved in a web of companies and trusts used to protect their assets in a tax free structure.

Watch the prime minister respond to the media's questions.

At his post-cabinet media conference this afternoon, Prime Minister John Key front-footed the Panama Papers issue, by raising the matter in his opening remarks.

"It's my clear expectation that all New Zealanders will pay their lawful tax. As a result of the Panama papers IRD (Inland Revenue Department) has set up a small group to review the papers to ensure New Zealanders are meeting their tax obligations and to support other countries if requests are made for further information."

It was "always possible" rogue operators were using foreign trusts in New Zealand, he said.

He said you would have to ask the trusts why they set up in New Zealand, adding he was no tax expert.

Mr Key said New Zealand continued to have a strong reputation when it came to tax transparency and the exchange of information.

"If you're looking for secrecy New Zealand is the wrong place to come."

The Panama Papers are an unprecedented leak of 11.5 million files from the database of the world's fourth biggest offshore law firm, Mossack Fonseca. 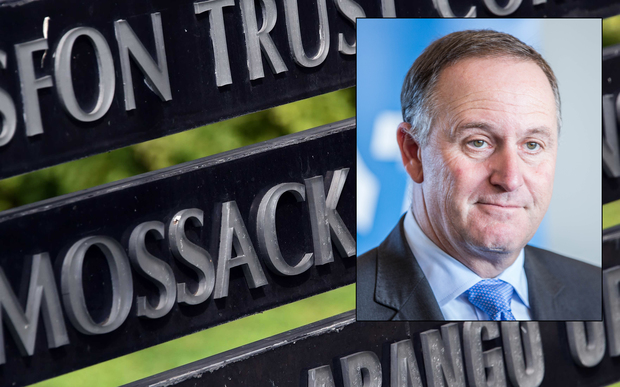 New Zealand would have to work with other countries to close down the practice, Mr Key said.

"There is no universal, global tax code, so everybody's is different. It is possible to potentially, through the mismatches of the different systems, if they want to be creative and work hard, to significantly reduce their tax liability but in a lawful way. That is at least possible for what some multinationals are doing," Mr Key said.

"We don't like that and we want to close it down. That's why we're working with the OECD on the base of minimisation, but the problem we've got is we can't do that in isolation. We can't just magically say 'New Zealand can stop it'. We need all these other countries to work with us.

"People say there's been very substantial growth [in the number of foreign trusts], well if you go all the way back a decade about 900 foreign trusts were registered each year in New Zealand. Now the average is about 1200."

Mr Key said the government remained open to the changing company structures, such as Look Through Companies.

He said the government would make enacting part two of the anti-money laundering money legislation a high priority, which would then cover lawyers and other individuals working the foreign trust industry.

Peters calls for Commission of Inquiry

New Zealand First Leader Winston Peters has called for a Commission of Inquiry into what he says is New Zealand's role as a tax haven, following the Panama Papers revelations.

He told Checkpoint with John Campbell he felt sorry for John Key.

"He's like a boy who's had a widdle behind the couch and he's denying it to mum but saying, look but if I had, I'll mop it up.

Mr Peters said there was no doubt New Zealand was a tax haven.

"The people who set it up claim that - that's why they're coming here in a torrent. Up 500 percent in just the recent years."

New Zealand was a country that used to have serious respect, but was now being questioned by British newspapers, he said.

Labour's plans to ban foreign trusts ruled out that there were legitimate reasons for trusts.

"But all those legitimate reasons will have certain provisions and that is the beneficiary will be named.

"The secret about these trusts is that the beneficiary is never named."

Mr Key said earlier today in an interview on TVNZ there were 215,000 tax entities disclosed in the Panama Papers, and only 350 of them were in New Zealand.

However, the joint investigation showed New Zealand was referenced more than 61,000 times in the papers, and showed Mossack Fonseca actively promoted New Zealand to its clients, particularly those from Latin America, as a place to park their money.

And Labour Party leader Andrew Little has called on the government to act to preserve New Zealand's reputation.

Mr Key said New Zealand is not a tax haven, and the government was ready to take steps to preserve the country's reputation.

The OECD has given New Zealand tax regulations its highest ratings, he said, and an inquiry by tax expert John Shewan would cover many of the issues raised by the papers.

"We want to preserve New Zealand's reputation," he said.

Mr Key said the government did not want to make changes in isolation and the way to tackle the issues was with other countries through the Organisation for Economic Co-operation and Development, which coordinates international action on tax. 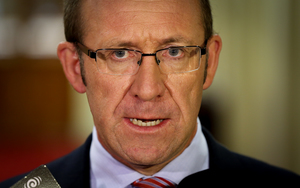 Mr Little said there was "little upside" in many secret trusts, and New Zealand relied on its excellent global reputation.

"We cannot afford to be seen as a tax haven, mentioned in the same breath as the likes of Belize."

He said Mr Key had sided with the greedy and mega-rich and had made it easier to hide money in New Zealand.

He had also shut down an inquiry into foreign trusts that officials wanted, Mr Little said.

"Now is the time to act in the interests of working people here and in other countries to make sure everyone pays their fair share."

A former senior Inland Revenue official said the revelations were not surprising, but there are weaknesses in the foreign trust regime.

Robin Oliver said information on who owns a trust, what assets were in it and who the beneficiaries were needed to be kept in a central registry.

Mr Oliver, who has acted as an advisor for the foreign trust industry, also said licensing should be introduced.

The records were obtained from an anonymous source by the German newspaper Süddeutsche Zeitung, which shared them with the International Consortium of Investigative Journalists (ICIJ).