Analysis - For two years, Jitarth Jadeja spent most of his time in the darkest corners of the web reading about conspiracy theories. 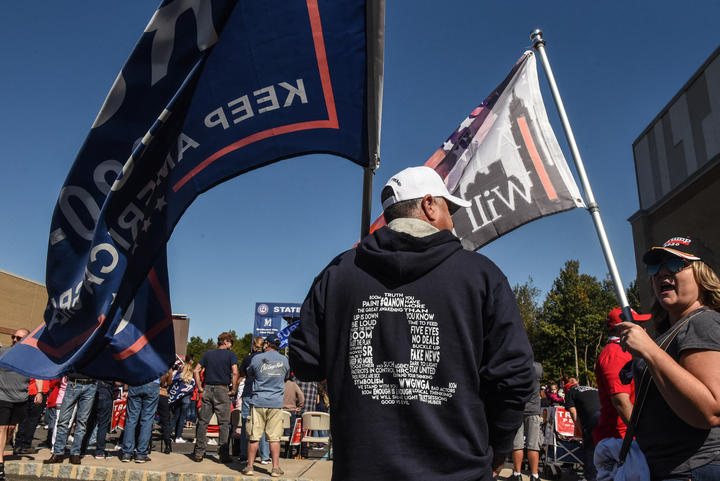 A person wears a QAnon sweatshirt during a pro-Trump rally on October 3, 2020 in the borough of Staten Island in New York City. Photo: AFP / 2020 Getty Images

Jadeja, 33, was an avid follower of QAnon - a baseless, far-right theory that started by alleging then-US president Donald Trump was fighting against a secret group of elites who ran a global child sex trafficking ring.

Jadeja clung to the shadowy figure's updates until he started noticing that Q was getting things wrong - a lot.

In early 2018 for instance, an anonymous poster on 8chan (now known as 8kun) requested Q to ask Trump to say "tip top tippy top" as a shout-out to the QAnon community.

Four months after the post, Trump mentioned the phrase in his Easter Egg Roll speech at the White House. 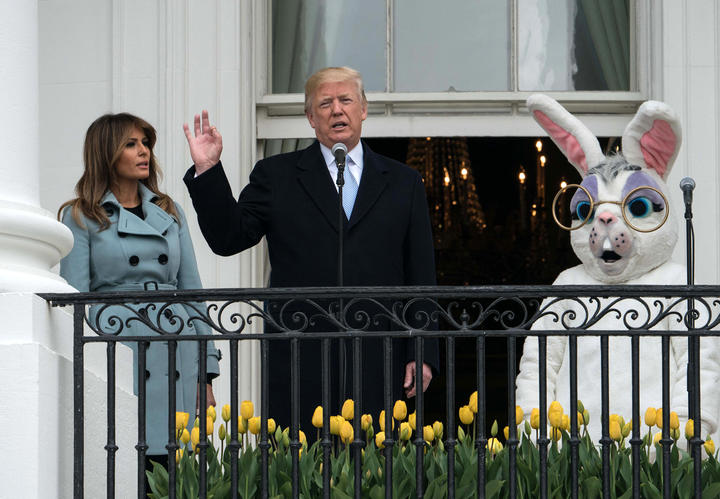 The coincidence was almost enough to lay Jadeja's doubts to rest, but if Q had really told Trump to say the phrase, why did it take him four months to mention it?

"I thought, if this can be debunked, then that's it," said Jadeja, who lives in Sydney.

It only took a quick Google search to find a YouTube video showing clips of Trump saying the phrase on several other occasions.

In minutes, Jadeja realised that he had spent two years being led down a rabbit hole of false information.

"It felt like the whole universe sort of collapsed inside of me in one second."

Out of the rabbit hole

Jadeja is among a growing number of people who have abandoned their beliefs in conspiracy theories.

While not much is known about these "exiters", online forums suggest he is not alone.

QAnonCasualties - a Reddit community for those impacted by QAnon and former believers - has grown to include 158,000 members since it was created in July 2019.

And ReQovery - another Reddit support group geared towards ex-QAnon followers - has attracted almost 9300 members in less than a year.

Like Jadeja, Leila Hay, 19, knew that it was time to break up with Q when she realised none of their predictions had come to pass.

"I knew that a lot of the predictions had never come true, but I didn't realise how many had not come true," said Hay, who lives in northern England.

"I was quite embarrassed."

While working from home during the pandemic last year, Hay ended up spending her entire summer absorbed in all things QAnon.

Although she had spent less time following the conspiracy theory than others, Hay said shedding her beliefs has been a difficult process.

After believing celebrities were sending her subliminal messages through the media, she still could not bring herself to watch movies or listen to music months after she cut ties with the conspiracy theory.

Hay said she also had moments where she wondered whether Q was right after all, triggering her fear and anxiety.

"It took a lot longer to get out of it than it took for me to get into it."

Why can it be so hard to let go of false beliefs?

We are all prone to embracing the odd conspiracy theory, especially during times of upheaval and uncertainty like the Covid-19 pandemic, said Jolanda Jetten, a social psychologist at the University of Queensland.

This is because conspiracy theories seem to offer meaningful explanations that help us make sense of our chaotic and random world - at least for a while.

"Conspiracy theories at least temporarily hold the promise that everything is explainable," said Professor Jetten, who is currently exploring how people are drawn into believing in misinformation.

"It's an all-absorbing identity, which makes it even harder to get out."

Another reason why it's so hard to move away from conspiracy theories is the sense of community they provide, she said.

For many believers, online communities form an important part of their daily lives, providing a place where they can talk with like-minded people who validate their beliefs and shield them from the ridicule and judgement of the outside world.

When ex-conspiracy theorists step out of these communities, they lose a support network that brought them a sense of validation, leaving them feeling isolated and alone.

"In that sense, it's not any different from [leaving] a cult," Jetten said.

"You're on your own in a world that may not feel accepting of you, which I can imagine is a very scary experience."

The right support is hard to come by

Fear of judgement and stigma can make it difficult for recovering conspiracy theorists to reach out for help, but the lack of tailored support can also make it hard to find the right kind of help, Anke Richter said.

"There are not many counsellors or mental health professionals who really understand [QAnon]," said Richter, New Zealand-based co-founder of Rabbit Hole Resistance, a Facebook support group for people who have been affected by conspiracy theories.

"It's going to be a long, hard road for people who have fallen into this to come back from it and find the right help."

After visiting several counsellors, Hay knows this feeling all too well.

When she opened up to the first counsellor she saw about her "toxic relationship" with QAnon, they said they had never heard of it.

And while Jadeja said he has found online communities helpful, he wishes there were more in-person groups that could provide regular check-ins and encourage members to delve deep into why they are attracted to conspiracy theories in the first place. 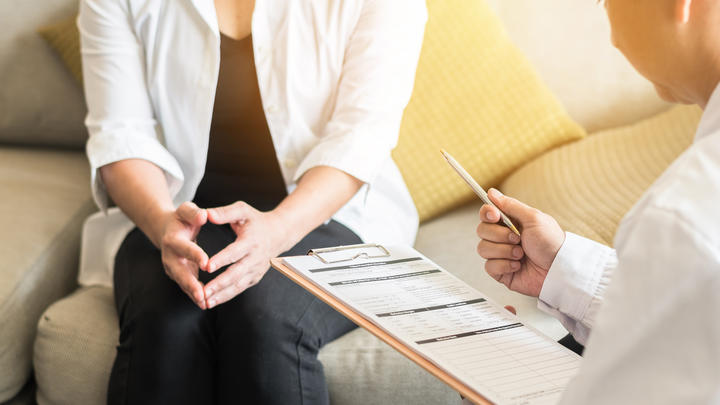 There are not many counsellors or mental health professionals who really understand QAnon, Anke Richter said. Photo: 123RF

Family and friends can help

One thing that can help prevent ex-conspiracy theorists from falling back into the rabbit hole is surrounding themselves with people who do not share their past beliefs, said Steven Hassan, a US-based mental health counsellor who specialises in helping people leave destructive cults.

Friends and family members of former conspiracy theorists can help by sitting down and trying to get to the bottom of what persuaded the person to believe in false information, Dr Hassan said.

But, he said, it's important to frame the conversation in a way that's respectful so the person is able to find their own answers.

"Calling them names, telling them they're stupid and ramming them with facts - none of that works."

Finding support from people outside of conspiracy theories can also help former believers build a new identity that's free of their past views, Professor Jetten said.

"The availability of alternatives is incredibly important for moving out of that scene."

It can also be helpful to find common ground with those finding their way out of their conspiracy beliefs and to understand that their attraction to disproved theories often comes from good intentions, Richter added.

"Most end up with those beliefs because they actually really care for the world, or their children's health," she said.

It took a kind and patient friend to get Tanya*, 42, to abandon her conspiracy beliefs for good.

Tanya began delving into QAnon-related ideas and vaccine conspiracy theories while she was in lockdown in Auckland last year.

After posting her views on Facebook, Tanya received a message from a concerned friend, who had a background in science.

Over several Zoom calls, Tanya's friend explained how science works and how she separates fact from fiction in her research, such as tracking down reliable sources of information in a sea of content on the web and finding the right journal articles.

After talking with her friend, Tanya realised the way she was gathering information online to back up the conspiracy theories she believed in was driven more by fear than logic.

But most of all, it was her friend's compassionate approach that helped her see the misinformation she was consuming for what it was.

"She took the time to explain a lot of things to me, giving me proper forms of research, rather than what I was doing," Tanya said.

"It alleviated a lot of my fear. The world is not that bad, it's OK."

Kindness from others has also been key to Jadeja's recovery from QAnon.

Shortly after he abandoned his beliefs, he wrote a Reddit post about how he had been misled and the guilt he felt for pulling his father into the rabbit hole with him.

While he expected users to "rip me apart", he received waves of supportive comments from the online community.

"It was like they gave me permission to retain some semblance of self-worth and dignity," Jadeja said.

"They gave me a pathway back to society that I didn't think I deserved."

*A name has been changed for privacy and safety.