How does it feel to watch your parents become obsessed with false information about Bill Gates, microchips and 5G - and is there anything you can do to pull them out of the conspiracy theory rabbit hole? 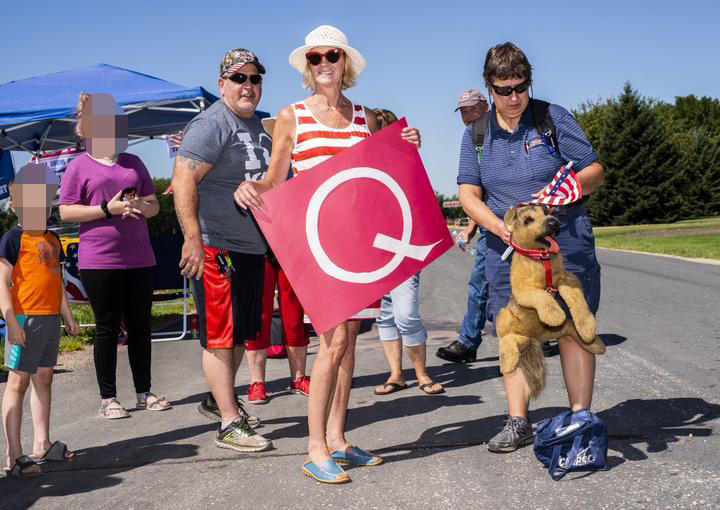 Grant* is considering secretly cutting off his parents' internet connection, which may sound dramatic, but he is desperate.

He's tried talking to them privately about the videos and articles they share on social media - the ones that make false, often conflicting claims about almost everything - from Bill Gates, vaccinations, microchips and Agenda 2030 - the United Nations' sustainable development goals - to 5G, 'Big Pharma', and far-right theories about Trump and hydroxychloroquine. But he's had no success - they won't listen to him. They won't stop believing conspiracy theories.

Since the Covid-19 pandemic began, New Zealand, along with many other countries, has seen a spike in the number of conspiracy theories being shared online. Ideas that were once fringe are becoming more mainstream. New Zealand-based Facebook groups promoting far-right QAnon theories that allege, falsely, that the world is run by a cabal of Satan-worshiping paedophiles who are plotting against President Trump while operating a global child sex-trafficking ring, have garnered tens of thousands of followers.

But Grant says his parents are just ageing lefty hippies, who have some alternative views about health and wellbeing. They don't know what QAnon is. So how did they get here? 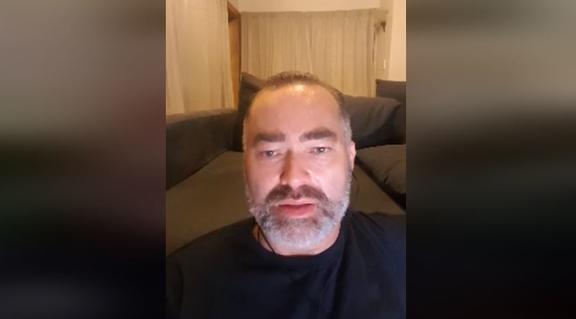 It started this year, when they became enamoured with Billy Te Kahika. The charismatic Christian and blues musician-turned-politician expresses his ideas online, in long-winded Facebook live videos that are often shared thousands of times - by people like Grant's parents. The policies of his political party - formed off the back of his new-found Facebook fame - read like a smorgasbord catering to the conservative and conspiracy-minded; topics covered include 1080, 5G, the Communist Party of China, abortion, fluoridation, Pharmac, and the UN's Agenda 2030.

In June, Te Kahika was interviewed by Australian celebrity chef Pete Evans, a key player in the not-so-unprecedented fusion of the wellness movement with the conspiracy theories of the alt-right. Evans posts his theories on his social media platforms, which have millions of followers - including Grant's parents. In the interview, which has racked up almost 30,000 views on YouTube, Te Kahika calls the United Nations' Agenda 2030 goals, "a mechanism to destroy happiness and freedom across the planet" (the goals actually aim to end poverty and inequality, amongst other things). In the video he also calls the lockdown a "scamdemic" and says Covid-19 is a bioweapon.

Some time in May, as New Zealand's lockdown restrictions began to loosen, Grant's parents came across Plandemic - a slick-looking 'documentary' which claims a secret society of billionaires is plotting to gain global domination by controlling people through a Covid-19 vaccine. It went viral and Grant's parents, who were already against vaccination, shared it on Facebook, believing it was true.

What saddens Grant about all this, is that though his mum and dad are sharing misinformation, adding to an already raging infodemic during a global crisis, they're not bad people. They believe what they're sharing is true. "They have good hearts. They're coming from a good place. They're not trying to hurt anyone. They think they're helping people," he says.

When Grant tried to speak to them, he was stonewalled. "I never publicly argued against them on their page, because I knew that was not going to result in solving anything. So in emails, I tried to share alternate points of view, or the correct point of view, correct information. But it never worked.

"It was shocking. There was nothing I could say, or any information that I could point them to, that was taking them off their path or bringing them around to another perspective."

Grant believes it was his parents' frustration at not being able to access things like their local health food store during lockdown, while corporate-owned supermarkets remained open, combined with time spent on Facebook and YouTube, that propelled them down the rabbit hole. 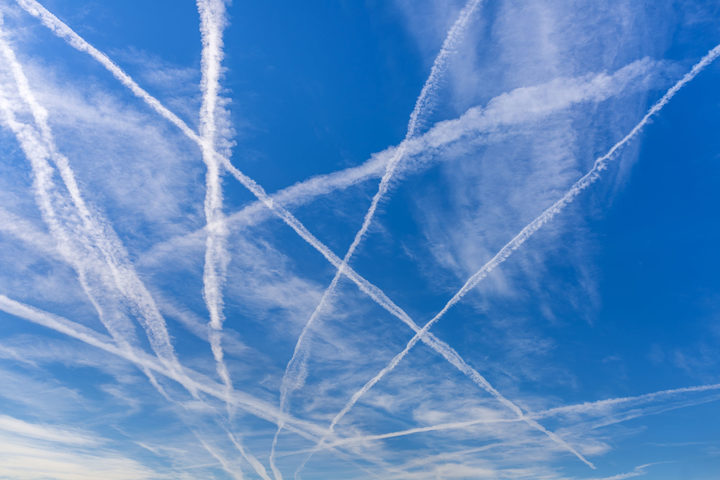 Research has found people who are seasonally affected by adverse weather events are more likely to believe conspiracy theories, such as those about chemtrails, during bad weather Photo: 123rf

Otago University PhD graduate Ana Stojanov's research focuses on what it is that makes people vulnerable to conspiracy thinking in the first place. She says there is no doubt that conspiracy thinking and feeling a loss of personal control - being told by the government to stay at home for weeks on end, for example - are correlated.

During a global pandemic, some may struggle to believe a tiny virus that's invisible to the naked eye could wreak so much havoc, Stojanov says. Instead, people look for alternative explanations - like the false idea that Covid-19 is a bioweapon - and are drawn to others who support similar theories.

Stojanov says research suggests an attraction to conspiracy thinking can be influenced by a person's level of education or their socio-economic status. When it comes to personality variables, a lack of trust can be a factor, as can a belief that human nature is evil. Some research suggests schizotypy, proneness to boredom, and narcissism can also lead people to conspiracy thinking.

Research published this week by Stojanov was unable to prove the theory that a loss of personal control caused people to believe conspiracy theories.

But some of her work did point in that direction. One study found that within a group of people seasonally affected by adverse weather events, participants were more likely to believe conspiracy theories during that bad weather season than they were three months later, once it was finished. Interestingly, they were more likely to believe weather-related conspiracy theories, Stojanov says. "So things like, 'The government possesses a weapon that can manipulate weather', or, 'The aeroplanes spray chemtrails, which are poisoning us', and things like that, but not, for example, the conspiracy that 9/11 was caused by the US government, or that JFK was was murdered as a result of a conspiracy, not a lone gunman."

In a Covid-19 context, this could mean conspiracy theories that tie in to the pandemic - like the false idea that coronavirus is spread via radio waves from 5G transmitters, or is part of a sinister global plot to control the population - could gain traction. Stojanov notes that the fact that people are currently talking more about conspiracy theories does not necessarily mean they believe them.

For someone like Grant, though, this is little comfort - his parents don't believe scientists, or medical doctors now, and they say the mainstream media is "fake news". He feels completely helpless.

"When it's your parents, or your child, I think that's when it's tough. When you feel like they've been taken away from you…"

Is there anything a person can do when someone they love has fallen so far down a conspiracy theory rabbit hole that they can't be brought out? 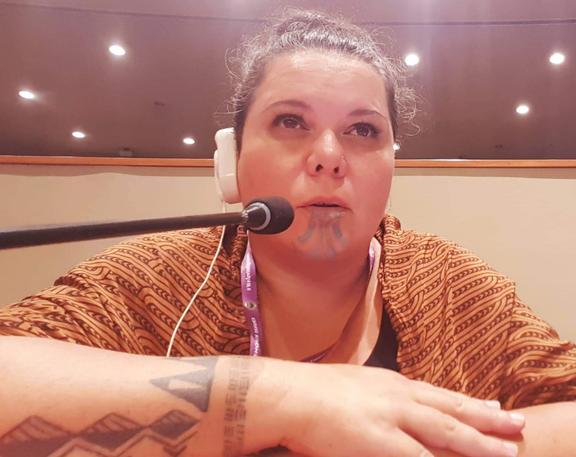 It's something that researcher and environmentalist Tina Ngata (Ngāti Porou) has thought about a lot in her work combating the spread of false information - particularly relating to the use of 1080 in pest control.

"Everybody has the line in the sand that they need to draw, that they won't cross in relation to the people who are spreading it," Ngata says.

"If it's somebody very close to me, especially if they share it with me on a private message, not on my news feed, I'll probably engage with them a little bit. I'll just say, 'You know, I love you and I say this with love. But what you're saying here, what you're suggesting, does not mesh with my understanding. And I actually think it's harmful.'"

Ngata says how much time she will spend discussing these things will depend on her relationship with the person, and how invested they are in conspiracy thinking. "If they're already too far gone, then I just let them know, 'I love you. And I don't think it's a healthy space for us to go into this conversation.''

If academic theories about socio-economic status, education and a lack of power making people vulnerable to conspiracy thinking are correct, then the cumulative effects of colonisation means Māori are some of the most at risk.

"So when people want to suggest that there is a greater power out there, seeking to take everything off you... It's only too believable when that experience, it's in your DNA."

Ngata is increasingly concerned about the racist and xenophobic ideas that underlie many of the theories being shared online. Earlier this month, for E-Tangata, she wrote that the Māori "distrust of the mainstream media has come pre-packaged for white supremacist groups like QAnon to take advantage of".

Ngata is hoping that post-election, things will calm things down a bit. "So for some whānau I've said, 'I'll chat with you about it in a couple of months, right? Like when the election's done, we'll talk a little bit more.'"

Some of Grant's family members are hoping that his mum and dad will calm down after the election too - that the intensity building up around people like Billy Te Kahika will diffuse. He hopes they're right. For now, he's ceased communication with them - looking at their social media upsets him too much. "I actually don't know what they're doing now and what they're saying and what they believe, because I've had to put some space between us. Because it's way too consuming, and upsetting. It's heartbreaking."

And the plan to cut off their internet? He isn't sure how he'd go about doing it, or whether he'd actually go through with it, but it's the only thing he thinks would work.

*name and identifying details have been changed.