What makes us believe conspiracy theories?

The Covid-19 lockdown has revealed a lack of trust by some in official sources of information – so much so that conspiracy theories have proliferated. 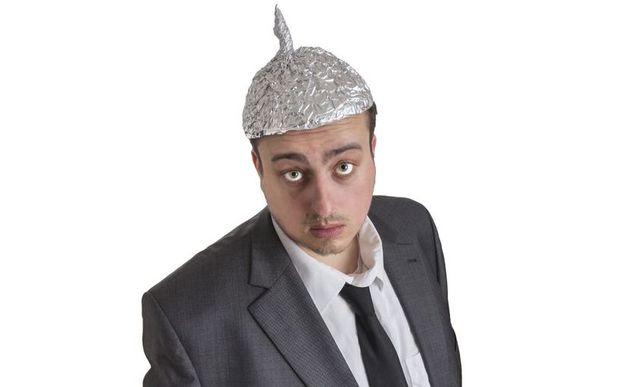 Are we seeing cognitive dissonance among the population, brought about by decades of political spin, corporate advertising and lack of transparency, now feeding conspiracies as people try to make sense of the world?

With two more Auckland cell towers set alight this week after a global conspiracy linking Covid-19 to 5G technology, the issue of conspiracy theories is an increasingly pressing matter.

Political academic, Professor Joe Uscinski, says an “information vacuum” does create a space for conspiracies to grow, but more so, people feel comfortable holding on to pre-conceived notions of how the world is, even in the face of expert information that suggests otherwise.

“There’s things that we can do, but I think we must have reasonable expectations.

“We’re in a place where everyone is expecting social media to close down all the misinformation and to me it’s a fools errand, it’s not going to get us this far and people are going to believe what they want to believe regardless of the information.”

The author of American Conspiracy Theories acknowledged that spin doctoring by the political class and scientists co-opted by corporate interests had the capacity to shake public confidence in what they hear from officials and those deemed experts.

But Uscinski argues that it is up the people to change that.

“Sometimes scientists get things wrong, but what I like to say is the answer to bad science is more science and not more conspiracy theories,” he says.

“As for politicians, the answer is to get better politicians. If you value the truth then value it at the ballot box too.

“I think the best example of this was when the Malaysian jetliner, MH370 disappeared a few years and nobody really knew anything.

"And during that time there was also speculation from Aliens taking it, to Russia shooting it down, to a blackhole opening up and sucking it away.

"So, people were just making up whatever they wanted to try and get some closure on it without really paying attention to the right news sources and maybe left not knowing what the real answers are and it will just leave them in a space where they’ll maybe just make something up that makes sense to be.”

He says calls for an international inquiry into the origin of Covid-19 and China’s response to the pandemic are legitimate, but conspiracy shouldn’t be a substitute for a desire  to ascertain the truth.

“But if I have a concern about the WHO I won’t turn to the likes of Donald Trump… we need to wait for a serious investigation to look at these things. Even if it is the case that the WHO, for whatever reason was too chummy with China at the beginning of the pandemic, I would have no reason to doubt their doctors and scientists when it comes to the debunking of disinformation.

“I encourage people to go to the World Health Organisation (WHO).

He says, regardless of the quality and quantity of information out there, people will uncritically cling to beliefs and information that validates their worldview. And it doesn't always make people fell more comfortable with the world.

“You may reach for a conspiracy theory to gain a better understanding of the world and that in theory, might help you sleep better. But at the end of the day it probably won’t because if you go to bed with the certainty that Covid-19 is a bio-weapon meant to kill you, you might sleep because you have certainty, but you might sleep far worse because someone’s trying to kill you.

“A lot of the things that people come up with conspiracy theories for, there are good answers out there that are backed by authoritative information and science, it’s just that people would like their own answers that matches what they already believe.

“So, a lot of the time people just don’t want to give up their beliefs. They want to stay mired in what’s comfortable to them. But it is true that when you have an information vacuum and we don’t have an answer, people will allow their imaginations to run free.”