Should we be worried about the rise of QAnon?

The idea that US president Donald Trump is in secret battle with a Satanic cabal of paedophiles who rule the world is dangerous and can't be ignored, an expert on conspiracy theories says.

Adrienne LaFrance, executive editor of The Atlantic, recently wrote a piece in the magazine arguing that QAnon and other conspiracy theories reflected "a mass rejection of reason" and signalled a dangerous new cultural phase for society. 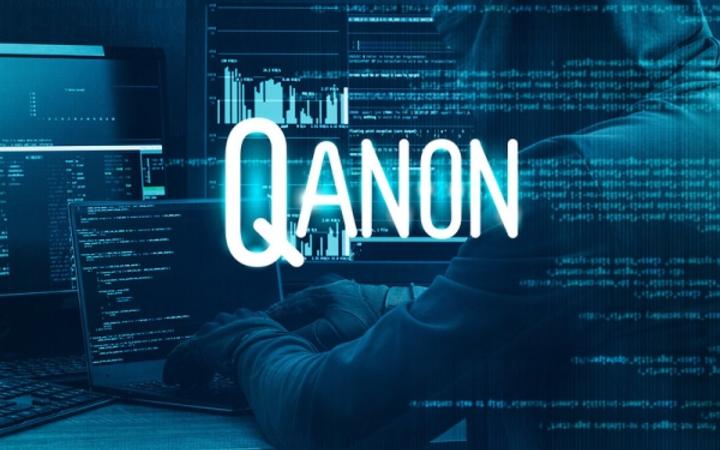 At least one of QAnon's followers could be elected to Congress after the November elections and the group has been linked to the spread of Covid-19 conspiracy theories.

The QAnon movement began after hackers released hundreds of emails and documents from the Democratic National Convention on the eve of the 2016 US presidential election. These showed an apparent bias towards presidential candidate Hillary Clinton over left-wing hopeful Bernie Sanders in the party's primaries.

However, QAnon proponents focused on what they interpreted as code words for pedophilia and human trafficking. They then claimed that Washington DC-based pizza restaurant Comet Ping Pong was a meeting place for Satanic child-abusers linked to the Democratic Party.

The claim was posted on social media and spread rapidly. It has since been absorbed into a wider quasi-religious, apocalyptic idea that a Satanic cabal of world elites is in battle with President Trump. It has some high-profile followers, with over 60 congressional Republican candidates now expressing QAnon views, according to LaFrance.

“I think people seized on Comet Ping Pong as an unusual name for a pizza shop, as banal as that sounds, because if you look at what the conspiracy theorists regarded as clues they interpreted things like references to 'cheese pizza' as coded references to little children, so the connections they were drawing were totally absurd," LaFrance tells Kim Hill.

“What the conspiracy theory had in its favour was some very high-profile, pro-Trump internet figures who wanted to push it out because it implicated high-profile Democrats. This conspiracy theory said that Hillary Clinton and her campaign chair was involved in this alleged sex ring. So, it was a way of trying to smear Hillary Clinton towards the end of the campaign.”

At the centre of the QAnon conspiracy is the belief in The Storm or The Great Awakening - an event that will expose the reality of power and control that currently lies behind a veil of political machinations and media-driven obfuscation.

Believers hold that President Trump is aware of the child-abusing elites and is engaged in an intense behind-the-scenes battle with the cabal and that 'Q' - someone with insider knowledge and security clearance within the deep state - is exposing the nature of this fight, with clues and leaks on the internet.

The Storm will involve thousands of the cabal figures being arrested and interned, heralding the start of military rule in the US. Spiritual salvation and a utopia on Earth will follow.

The dangers of the conspiracy first became apparent when 29-year-old Edgar Maddison Welch drove to Comet Ping Pong from north Carolina and fired a military-style assault rifle inside the pizzeria in December 2016, wrongly believing he was saving children trapped in a sex-slave ring. He was sentenced to four years in prison after giving himself up to police at the scene.

It’s very worrisome to see the degree to which people reject reason – it’s a mass rejection of reason and of the ideas that support democracy. It coincides with a global uptick in authoritarianism. That’s tremendously concerning to me.

“That was the moment where I think there was a bit more recognition that ‘oh, this isn’t just a fringe conspiracy theory online, but something quite dangerous' and that was ultimately the conspiracy theory that laid the groundwork for QAnon, which borrows a lot from this narrative,” LaFrance says. 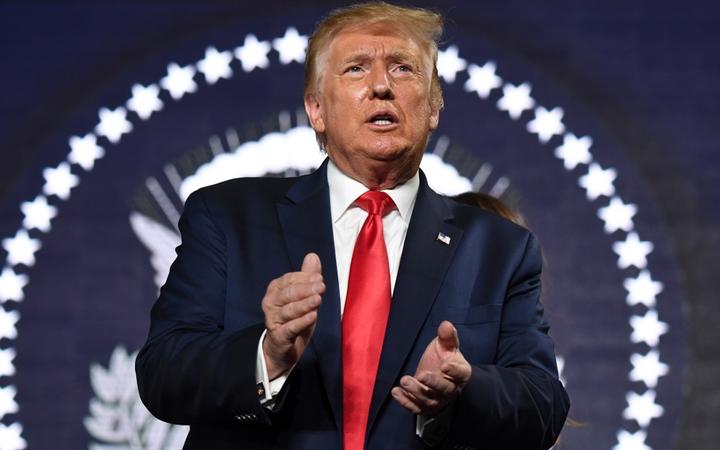 The religious aspect of the conspiracy taps into a deep Christian tradition in the US, and an apparent lack of capacity for critical thinking has allowed sub-conspiracies to flourish at every juncture, however outlandish. The debased faith hijacks reason and creates a delusional push down a perpetual rabbit hole.

“It’s pretty central – this idea that we are on the precipice of some sort of rapture that the QAnon crowd calls The Great Awakening and that at the other side of this thing will be spiritual rapture for all involved.”

Most recently, the baseless Wayfair child-trafficking conspiracy theory has spread across the internet. Conspiracy theorists posited the idea that the furniture business was a front for child sex slave trafficking, with people misinterpreting things like a misprinted price of $10,000 for a listed pillow as proof of the covert sale of child slaves, 'pillow' being code for 'child', she says.

“This idea was that Wayfair, the online furniture company, that this company was using their business as a front for child trafficking and that items that were listed as cabinets or pillows were secret way that you could order children online.”

People who push the Q conspiracies have platforms all over social media and have huge followings.

“Because of the speed of the internet and the architecture of the social web any rumour can get spread and amplified immediately,” LaFrance says.

The Covid-19 ‘hoax’ was also developed within the QAnon matrix, with followers co-opting the term 'deep state’ - which describes a corporatist power structure - to make their claims sound plausible. The ‘Plan-demic’ conspiracy involves the notion that powerful figures like Microsoft founder Bill Gates secretly worked with China to unleash the coronavirus as a way to control people, LaFrance says.

She considered not commenting on these theories for fear it offered those propagating them the air of publicity. But LaFrance concludes it is in the public interest to know the dangers these theories present, as US President Donald Trump and others seem very capable of taking advantage of these to forward their own neferious ends.

“You just can’t ignore a dangerous thing and hope it goes away... I’ve come to believe that you have to be able to talk about it in a way that’s instructive and by not contributing to spreading that disinformation.”

Trump has voiced his own conspiracies, most notoriously his view that ex-president Barack Obama was not born in the United States, which helped him springboard on to the political scene.

"President Trump – and he’s demonstrated this over many decades in the public eye, is masterful at capturing people’s attention and he knows how to go just up to the line of plausible deniability where he can say something and say ‘oh, I didn’t mean that, or I didn’t know what that meant’.”

LaFrance says QAnonists are Trump supporters mostly, using the conspiracy as a way to excuse Trump's flaws as a leader. The theories offer simple ways to explain a complicated world, while venting at hated elites and championing a false messiah.

“It’s really a pre-existing worldview. A pre-disposal to be anti-establishment, to be anti-institution. To see yourself as a victim, to imagine that the world is rigged against you. Those are characteristics that we see again and again in people who are most prone to conspiracy. Certainly, that’s true of the people most interested in Q.”

She agrees that the conspiracists' ways of thinking are similar to those with personality disorders who display glaring cognitive deficits.

“To suggest that there is a break with reality is absolutely true. I mean it, no matter what you say, there is no reason, there is no empiricism, it’s just a blind devotional faith towards this conspiracy.”

It is a troubling cultural and social phenomena in an increasingly chaotic world haunted by the spectre of totalitarianism.

“It’s very worrisome to see the degree to which people reject reason – it’s a mass rejection of reason and of the ideas that support democracy. It coincides with a global uptick in authoritarianism. That’s tremendously concerning to me.”

LaFrance says it is ironic that most QAnon advocates insist they are merely thinking for themselves and not simply following official narratives, which they point out people have good reason to distrust.

To suggest that there is a break with reality is absolutely true. I mean, no matter what you say there is no reason, there is no empiricism, it’s just a blind devotional faith towards this conspiracy.

“Everyone I spoke with was a true believer. I wanted to get at what was drawing them to this thing and again and again they would say ‘I just like that it’s about questioning everything and scepticism and doing my own research'… they seek truth, but the difference is they weren’t actually seeking truth, they were seeking validation of pre-existing worldview and rejecting all evidence to the contrary.

"They have some of the same language that might inform an empirical approach to the world, but the approach totally flies in the face of reason.”

It is also worrying that these people are very vigorously anti-free press, expressing rage at 'fake news' while decrying the banning of harmful disinformation and views from social media platforms.

One of the biggest conspiracy theorists in recent times has been Alex Jones and his InfoWars associates, who had a huge following on Youtube, before his videos were banned from it and other social media platforms. Jones had claimed the Sandy Hook Elementary School shootings in 2012 was staged as part of a plan to take away the public's right to hold guns.

“Free speech doesn’t mean a private company can’t moderate what happens in its platform… There’s a misunderstanding of what freedom of speech means in these debates,” she says. 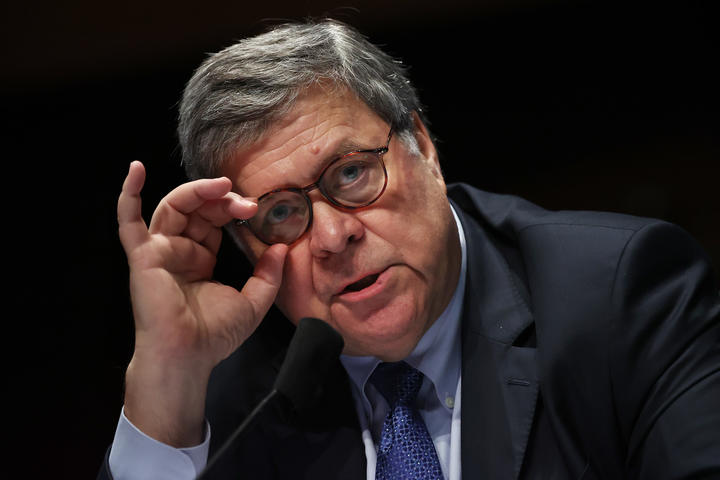 The intense focus on finding clues and figuring out what is the Satanic cabal is up to has the features of a computer game, adding to the QAnon following, she says. Last week, US Attorney General William Barr, during his testimony to a congressional committee, made an innocuous analogy to ordering a pizza when answering questions about corrupt officials, which sent QAnon conspiracy theorists into a frenzy.

His statement, "justice is not something you order up on a schedule like ordering a pizza" while he looked at a Democrat, was interpreted as a slang term used by the cabal. Another clue to who knows what and what's really going on.

“It happens in real time. So, the fact that a person is posting these clues online and one could appear at any moment lend a false air of legitimacy. The number of people I talk to that say ‘look it up, you can see it on the internet, the clues are right there’ just as if by the existence they meant something.”

She sees no end to the conspiracy phenomenon and can only suggest people back democracy and critical thinking in the face of a barbarous degeneration of language and rationality.

“I think that those of us who believe in enlightenment values and know that truth matters have to keep fighting for both healthy democracies that can dissuade people from believing nonsense and also for information systems to be built in a way that encourages truth spreading and not disinformation spreading.”