The discordant voice of Blues guitarist Billy TK Jnr and his sudden propensity for conspiracy theories has attracted thousands of others down rabbit hole with him. 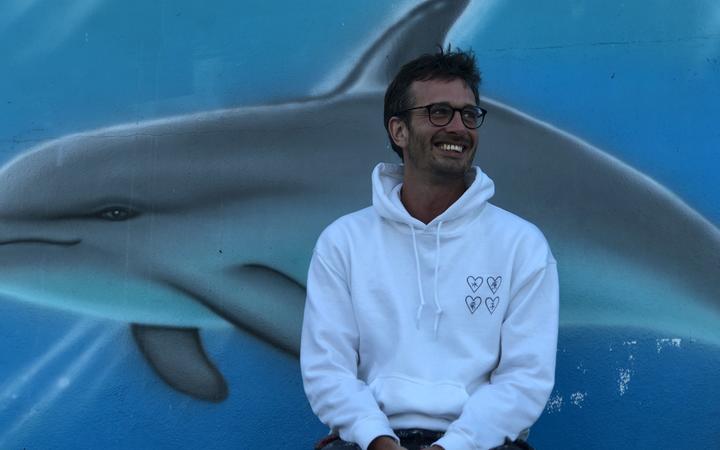 Journalist and filmmaker David Farrier’s Webworm blog The Red Pilling of Billy TK Jnr, explores the intricacies and speedy spread of conspiracy theories. It comes after an anti-lockdown protest in Auckland at the weekend.

He tells Jesse Mulligan the political lunacy that has now developed from his descent into QAnon-type narratives of secret government plans to control the population using the pretence of Covid lockdowns is alarming as well as bizarre.

"He was most well known as a blue guitarist for some time until earlier this year when he became incredibly obsessed with various conspiracy theories when Covid became more of a discussion and we're at this point now where he is leading this political party with Jamie Lee Ross and their whole MO is the government is lying to us, Covid-19 is fake, there's something bigger going on that we don't know about.

"And he's now out helping organise these protests at home and further abroad to push back against this idea of restrictions, wearing face masks and that kind of thing."

Farrier says he was fascinated by his descent into conspiracy theories.

"I wanted to go back over Billy TK's Facebook timeline and kind of look at what happened and what was really alarming was it happened to him incredibly quickly."

Farrier shared Te Kahika's post on 23 March, before level 4 lockdown, urging the government to do the responsible thing and initiate nationwide restrictions.

Less than three months later he radically changed his tune after reading and subsequently posting conspiracy theorists' ideas on the pandemic, vaccinations and the nature of government responses to the health crisis.

The 'red pill' Farrier mentions in his critique of Te Kahika refers to a scene in The Matrix, where the character Morpheus offers Neo a red pill or blue pill – the red pill revealing the real world behind the illusory nature of the life he's trapped in.

"If you see reference to the red pill online, it means they've seen the truth. There's this sort of movement that we're seeing in the United States and now here, thanks to people like Billy TK Jnr where they sort of see that there's this kind of giant battle going on between the shadowy group of elites pulling the strings and that Covid isn't real. It's just something used to control us, or distract us while they do things like put up 5G towers."

He says conspiracies of dark powers operating in the shadows, feeds into End Times Christian prophecy.

"Essentially it's deeply rooted in a lot of conservative Christian thought where there's this big battle going on between good and evil. So, you'll see a lot of people being drawn into Billy TK's movement, a lot of them are from the Pentecostal side of Christianity or Evangelical Christianity.

"That's not to say all those people live in conspiracy theories, but there's this real overlap that they've tapped into."

Farrier says studies show belief in conspiracies has not gone but, but social media but has helped amplify it, aligning dangerous and divergent strands of thought.

"I was really alarmed to see at protests at the weekend Billy TK Junior saddling up to Lee Williams. He's a YouTuber who was visited twice by the police after the Christchurch shooting. He's someone who openly talks about really damaging ideas. He is very Islamophobic.

"The danger with QAnon is that it's an incredibly dangerous set of beliefs. I would argue more dangerous than anything that's come before."