The yoga and "wellness" world has had several high-profile members fall under the influence of QAnon and Covid denial.

This intersection between right-wing conspiracy theories and left-wing wellness utopianism has been dubbed "conspirituality". 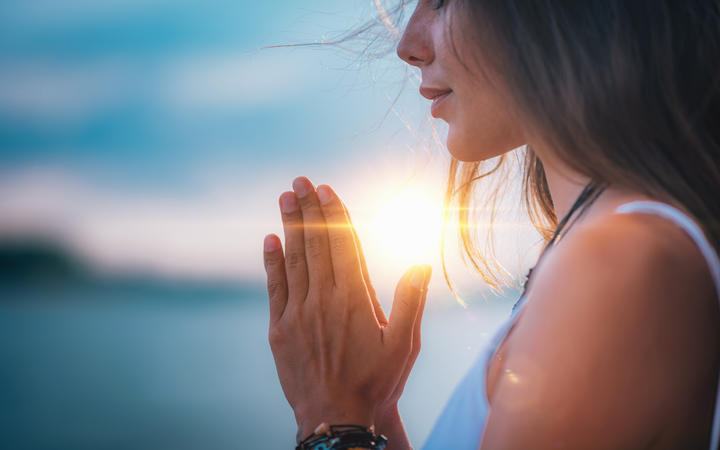 Matthew Remski is a cult researcher and co-host of the Conspirituality Podcast who has written extensively about the pervasive cultism and abuse in yoga, spirituality and wellness culture.

He is the author of Practice and All is Coming: Abuse, Cult Dynamics, and Healing in Yoga and Beyond.

Remski said he is not surprised that QAnon and conspirituality have been coming into spirituality places.

"There were a number of vulnerabilities that kind of held the door open for significant numbers of people to begin to align themselves with the conspiratorial frameworks of QAnon or what we might call 'pastel Q', so not quite going all the way into the fever dream but kind of kissing at the edge of it, 'soft-Q' is another term we use in the podcast as well." 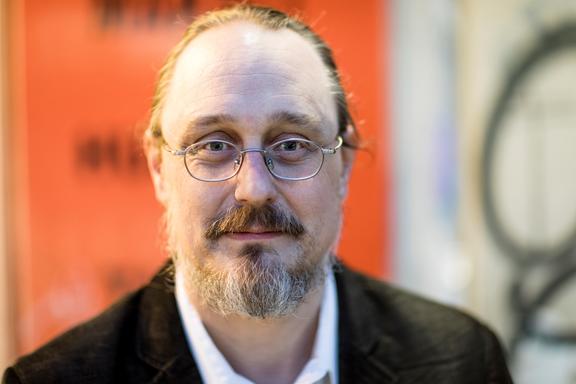 He said conspirituality was defined in an academic paper written in 2011 by David Voas and Charlotte Ward as "a growing online movement that began to bring together ... a kind of male dominated political cynicism with a female dominated spiritual altruism".

Remski said conspirituality played out in 2020 during the Covid-19 pandemic.

He said there is a tension between the crisis of the pandemic and the way that "wellness influencers have to really magnify and amplify their promises of universal health and healing".

Remski said they need to maintain their market share as well as cultural relevance "at the very point at which the world is demanding a scientific answer".

Asked to define "alt-right", Remski described it as "an ultimately violent and racist movement".

It is primarily spearheaded by people like Richard Spencer in the US who coined the term and whose focus is to rally for a white ethnic state, he said.

"Alt-right would be the sort of farthest right to the political spectrum that we would see some wellness influencers tracking towards in the conspirituality movement."

In defining the term alt-health, Remski said it would include complementary and alternative medicine, as well as folk and indigenous healing traditions that position themselves in opposition to conventional medicine and public health.

He said sometimes conventional medicine and complementary medicine can work in concert with each other.

"And then they can, especially in the American economy where there's no universalised healthcare and people are naturally sceptical towards predatory medical systems and terrible insurance rates, there can be a real antipathy between complementary and alternative health and conventional medicine.

"And that's one of the cultural tensions that the pandemic has heightened and that people who push the messages of conspirituality have actually exploited."

One example is prominent Covid-19 conspiracy theorist Kelly Brogan who Remski said initially made some very valid arguments about contemporary practices in psychiatry such as it being overly intrusive, as well as its over-prescription of drugs.

But Brogan then started to cross over to the alt-health sphere, he said.

"Once the pandemic strikes she takes the argument that she has applied effectively and I think reasonably to psychiatry and then she just sort of bumps it over to epidemiology and virology."

In April Brogan releases a charismatic video called "A message to dispel fear", he said.

Remski said some influencers tell their followers that public health officials and epidemiologists have been lying to them, but then hold out the solution via things like complementary medicine.

Remski said Brogan's charisma allows her to speak in very powerful and poetic terms about areas "where she has absolutely no training whatsoever".

In general, the influencer economy in areas like wellness, yoga and mindfulness, are completely unregulated and depend on the charisma of their proponents to function, Remski said.

He said as economic, social and information pressures increase during the pandemic, the products that wellness influencers offer become more crucial in their marketing terms.

Remski said conspirituality takes hold as an alternative when false ideas take hold, such as vaccines not working or that they poison or that are going to change your DNA.

"If you can play up that then your Chinese herbs, your meditations, your singing bowl sessions, your group therapy that's unregulated and online, that becomes that much more essential for people to participate in in order to protect their health and wellbeing from these nefarious forces."

He said some people may not even realise what they are doing and may just be repeated certain words or memes on the basis that when they do, they notice their social media engagement rises.