Opinion - In 2013, I was working for the Liberal Party as part of the campaign machine. Then Prime Minister Julia Gillard was under siege. It looked like the Liberals would win in a landslide. Less than three months before the scheduled election, the Labor caucus re-elected former Prime Minister Kevin Rudd as leader. 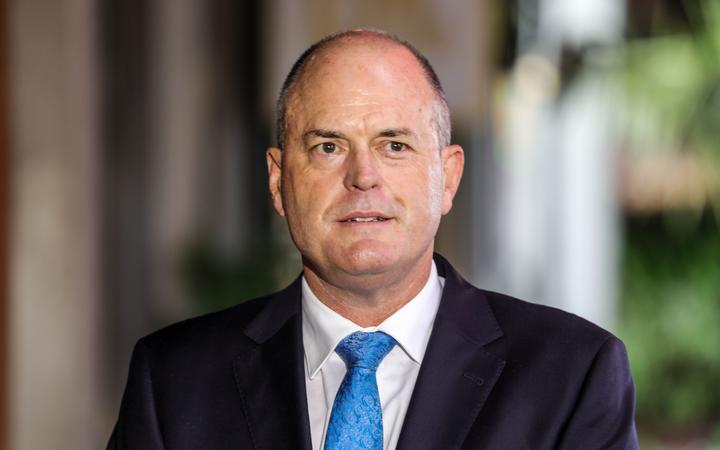 Rudd was one of the most internally unpopular prime ministers of the Australian Labor Party. His colleagues openly briefed against him, staffers actively chose not to work for him and the party had completely thrown him under the bus after he was overthrown as leader.

What did I learn from this? Never ever underplay the possibilities of who might take on party leadership this close to an election.

For the National Party, unlike the Australian Labor Party in 2013, and the New Zealand Labour Party in 2017, there is more than one person put up as a possibility of taking this one.

In many ways this makes the National caucus decision harder. If it was just one possibility, or even a two horse race, today would be a lot less chaotic.

There will be MPs who want to go with a safe pair of hands. The Gerry Brownlee and Amy Adams supporters. These people want to draw on their ministerial experience, their depth of policy knowledge that contrasts well against Jacinda Ardern's focus on communication.

Others will see the election prospects now as just 'saving the furniture'. They want to play to the National Party base, ensure that they can get their stalwarts out on the campaign trail and out on polling day.

The pick for this camp is Judith Collins. She has never previously had the caucus numbers to get up but this is a whole new world. And the recent publicity surrounding her book where she shied away from her 'crusher' reputation will increase her chances.

Of course, if you were going to replicate the Rudd scenario, you would pick Simon Bridges. There are no doubt a number within the caucus that supported him in the recent spill would like to see his return.

But, if you were Bridges, why would you? This isn't the prime minister role that Rudd took on and you would know that some of your colleagues actively think your approach is wrong.

The long term approach is to look for who should be leader at the 2023 election. Put up the team now that will carry them through. This is the possibility for those previously discussed as leadership potential but not put in the ballot like Chris Bishop. Nikki Kaye, current deputy, is also an obvious choice for this camp. But for her to succeed the caucus will want to pair her with someone who has appeal to the more conservative parts of the party.

Making a pick in this environment may be impossible. But if I was to offer anything, it would be that MPs would be most likely thinking in terms of the leadership team than an individual leader.

By the way, in 2013, the Liberals didn't pick up all the votes that Labor lost. They mostly went to the minor parties.