Opinion - The detailed reasons for Todd Muller's shock resignation are something we are not yet given to know. At this point, anything other than the statement made by Muller himself is nothing more than speculation. 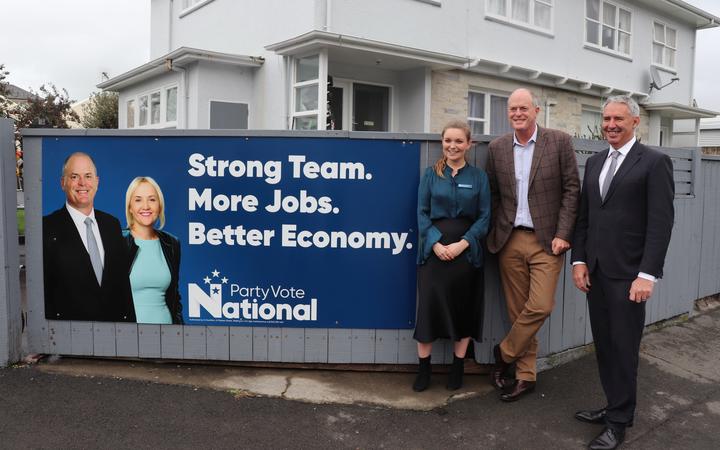 The announcement was a bolt from the blue even for those working closely in the National Party machine.

It is, in any event, ironic that Muller came to power as the result of a plot ostensibly about saving the National Party from an electoral disaster. Before the coup was even consummated, however, it was badly compromised.

Key aspects of the challenge were botched leading to the airing of dirty laundry in a not very National Party-like fashion. The result was close with neither camp being entirely sure about who was going to win when the challenge played out - a recipe for wounded feelings.

Then, owing his position to liberal factions of the party of which he was not himself a member impaired Muller's ability to make the leadership his own. Labour Party-aligned commentators and surrogates who had been touting their respect for Muller as a means of attacking Simon Bridges all of a sudden discovered that, actually, it turned out they didn't respect him all that much now that his usefulness was over.

All of that was foreseeable and foreseen by those who argued against the coup. Nevertheless, almost anything would have been preferable to changing the leadership right now.

All the election hoardings have been printed and were ready to go up. In the modern, presidential manner of campaigns, the leader and deputy were featured prominently in the style of a real-estate power couple. Those will all have to be replaced now and in a hundred little ways like that, National's attention is going to be focussed precisely where it does not need to be.

This would be one thing if there was a Jacinda Ardern waiting in the wings as there was for Labour when Andrew Little unexpectedly resigned in 2017. That is not the case for National in 2020. Jacinda Ardern is one out of the box and no attempt at a pale facsimile is going to have the same effect in what is a very different electoral environment.

Furthermore, for all his own failings, Andrew Little had done a creditable job of uniting the Labour Party caucus before stepping down. Again, that is not the case for National now. The only thing uniting the party is the shared fear of catastrophe.

And given that many of those most vulnerable are among those most responsible for bringing it about, not even that fear can be completely counted on as the galvanising force it ought to be. And this is the problem when a coup is not completely decisive. Grudges are nursed and neither camp feels a lot of responsibility for what comes next.

If National were to look for a historical precedent, it might look to Labour in 1990. Labour's Sir Geoffrey Palmer has just resigned and now it needs its Mike Moore to try to save the furniture. Moore was, of course, somewhat successful in those efforts with polls narrowing in the final few months before the vote.

But bearing in mind that Labour suffered a landslide loss that year, the example will not be of much comfort for National right now.