First Person - On my 27th birthday, I was raped. It caused a large deep tear in my cervix and by the time I had arrived at A&E, I had lost too much blood and my heart rate was too low to legally operate. Having lost sensation in my body, my hand was assisted to sign a liability waiver. I went into surgery and, several hours later, I woke up. Luck was on my side that day. 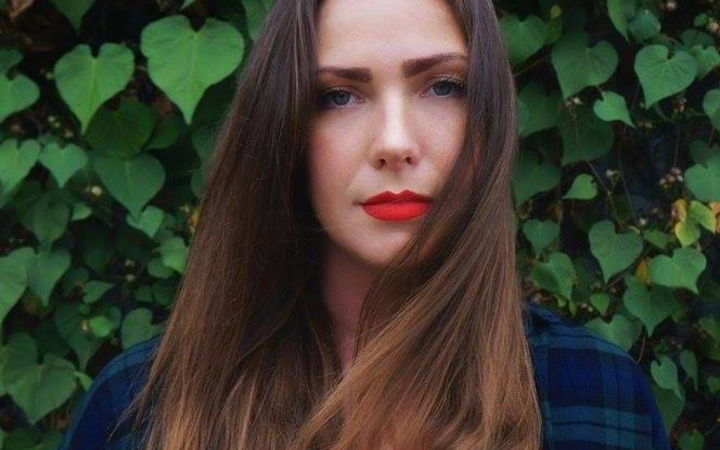 Over the next week, I assessed the situation and what I was to make of it. Having processed some pretty hardcore challenges, in my short life thus far, I felt well equipped to deal with what I knew to be an all too common experience. According to NZ statistics, one in five women are thought to encounter sexual violence at some point in their lives. Surely rape must not be such an inconvenience if we know it to be that ordinary and the world is to keep turning.

Till this point in my life, I processed challenges by writing through them. A short story started to morph in to a short film and then swelled into a feature length dark comedy called Harmless Fun. I found the whole scenario pretty wild to wrap my head around and, since I couldn't find relatable stories online that discussed that kind of violence, I chose to minimise the incident. The year was 2014 and the voices of the #metoo movement were not yet audible.

I set off to do my research - what might have happened if I wasn't so lucky that fateful day?

Under the guise of 'filmmaker, helping to tell another woman's story', I contacted the Sexual Violence team at Police National Headquarters in Hamilton. I spoke on the phone with a man, in senior leadership, about police procedure. I had a laugh with him and he felt comfortable enough to tell me candidly that most cases of reported rape get lumped into the "regretful sex" category.

I asked "would there be an inquiry if she had died in hospital?" to which he replied "No, because she had told the paramedics, in the ambulance on the way to the hospital, that she was not raped - so it is not a criminal issue." "What if her friends thought there was something suspect going on, could they make an appeal?" "No, because we would have to respect confidentiality" "… Confidentiality of whom?" "Well, he could be married with kids - for instance".

It took me six months, and starting to have severe panic attacks, to begin the process of admitting to myself that I was sexually assaulted. For some people it takes years or a lifetime to address the abuse. There is not a lot of public space available for conversations around trauma and, for that very reason, some people may never admit to themselves that they were assaulted. In my case, I said I wasn't raped because I was confused, haemorrhaging blood and in basic survival mode. I felt judgement from the paramedics, so I did my best to make light of the whole situation.

I have thought a lot about how lucky I was that day and question how many silenced stories are out there of people who were not so fortunate. I think about the people who might not tell those paramedics that they were raped because doing so might implement a family member, it might anger their partner and lead to continued and more aggressive abuse, it may be the person escorting them to the hospital, it may be a client and the associated judgement too difficult to fathom… People may not tell those paramedics they were raped because they are in shock and simply do not have the language and understanding to do so.

At the age of 27, with all the confidence in my identity and ability to communicate, I do not think I had the language and understanding to speak up. Rape, on a cultural, structural, and systemic level, has the re-traumatising ability to take away your voice over and over again.

After workshopping Harmless Fun around my nearest and dearest, I started submitting it for grant funding. My favourite piece of feedback was from The New Zealand Film Commission, where a male employee told me that the script is too far outside the realms of possibility to be believable to any audience. I mentioned that it was based on actual events and he responded "Yeah, maybe, but it raises more questions than it answers". As comic and interesting as I find those comments now, it was enough to stop me pursuing the telling of that story at the time.

One of the misconceptions about sexual assault, is that it can be rationalised. When I started to tell people about my own experience, they turned into legal beagles: putting on a sleuth hat to get to the bottom of what really happened. It felt like if we can figure out that it wasn't rape, it would be easier for me and everyone else. Nope. Internal traumas can remain invisible if there is no space created to address them, but they will make their presence known one way or another. Even though my understanding of sexual assault is greater after processing my own, I still find its pervasiveness in our society utterly unbelievable.

I think the reason why rape occurs so casually is because we glorify power imbalances in every pocket of society. Because of deeply ingrained and traditional validators (i.e. money, race, status, gender, age, education, ableism, sexuality, etc) people are curated to feel superior or inferior to each other- instead of just different.

A little later, I was connected with two women who had begun talking about two separate, sexually violent incidents within the last 6 months, involving the same man. I was furious at myself for my inaction; of course my experience was not isolated or unique! I decided to report the assault to police, so if anyone else wanted to come forward, they didn't have to start from scratch.

Only about 10 out of 100 sexual abuse crimes are reported and three of those get to court. Only a third of those that meet the evidentiary threshold to lead to a prosecution result in a conviction. Needless to say, I wasn't holding my breath for that outcome - but I was hoping the confrontation might make the accused think twice before hurting anyone else. Hours of recorded re-traumatising testimony later, the police approached the accused saying "Rachael Elder has laid a formal complaint of sexual assault against you, how do you plead?" "No comment". That is as far as our 'justice' system has gotten us, to this present day.

It has taken me some time to realise that I do not blame any individual, not even the man that raped me. There is nothing special about him and he is just a product of a society geared toward enabling the white and wealthy men and their bad behaviours. That's our status quo in our colonised country. It's hard to see beyond that, because I don't think we know any different.

There are no other countries we can emulate, because we know so little about gendered violence. The countries with the highest stats for sexual assault, are often the most progressive because they are acknowledging and exploring the invisible trauma. The #metoo Band-Aid has been ripped off and we're bleeding everywhere - so what next?

This is a year for big change and I'm here for it. Now is the time for you to stand up for what you care about the most. Let's take care of ourselves, each other and our planet - we can not afford to keep making excuses for our bad behaviours.

This article marks my re-entry into writing and the beginning of something new. Thank you so much for reading it.