Power Play - Ruling out working with New Zealand First as a coalition partner in this year's general election was the only real option for National Party leader Simon Bridges. 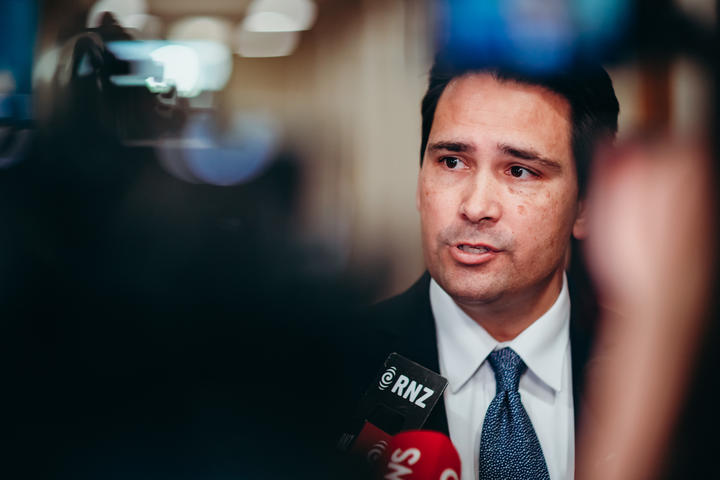 It's all about trust - and there's none between the two parties, especially at leadership level where it really matters.

The ultimate goal is to run New Zealand First out of Parliament altogether; starving it of the electoral appeal of being ready and able to support National or Labour.

New Zealand First can no longer play both sides, Labour is now its only credible alternative.

In reality the relationship between the two parties is so damaged it would have been difficult for Bridges to credibly argue he could form a govenrment with Peters and his caucus.

Peters suing senior National MPs over the superannuation leak - including deputy leader Paula Bennett, put that nail in that coffin, especially when the Nats discovered said legal action was already in motion as they sat across the negotiating table with Peters after the 2017 election.

There are also significant - and in New Zealand First's case - bottom line policy differences, raising the superannuation age being a stand-out example.

Bridges' strategy gives National a clear run at voters who may be wavering between the two parties, and the ability to go on the attack without any concerns about queering the post-election pitch.

He will also be targeting those who voted for New Zealand First but were incensed when it opted to go with Labour.

There will also be a battle in the regions, where there has traditionally been a strong vote for National, but also bucket loads of well-placed cash distributed from the coalition - with New Zealand First's name all over it.

There have been signs Bridges was heading in this direction; National has gone after New Zealand First as hard as it did Labour and the Greens - not an approach you would take if you truly wanted to keep the relationship positive enough to talk about forming a government.

The big risk for Peters is if National is polling strongly as the election draws closer and people become wary of voting for New Zealand First if it looks like it may fail to get back into Parliament - a political self-fulfilling prophecy.

New Zealand First and National MPs have been turning over all of the implications and all of the strategies for months, and Peters is as canny as they come.

The political warhorse - naturally - is having none of it, saying Bridges will come running to New Zealand First if he has to after the election, or that someone else in his caucus will do it for him. 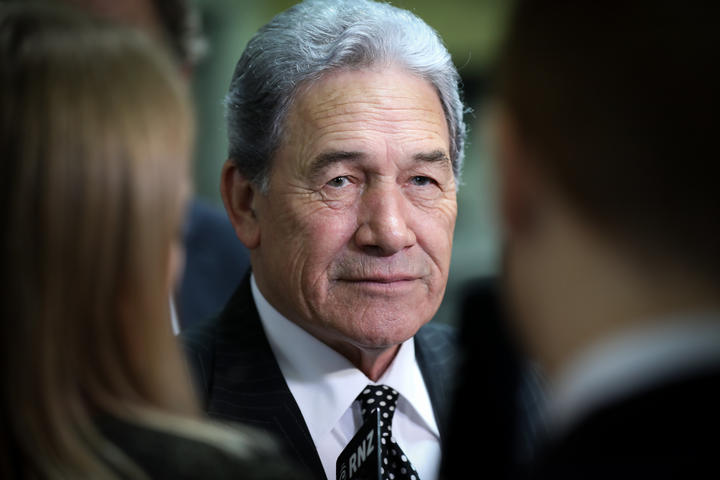 He'll be loath to give Bridges any influence over his party's fortunes - to accept his declaration about ruling them out at face value would do just that.

Peters is trying to keep National in play, even if it has clearly ruled itself out.

But there is also a risk for Bridges, National's potential allies are few and far between. It has ACTs David Seymour in the Epsom seat with a possibility he could pick up one more MP, but that is still very much at the margins.

There's still talk from National about a resurgent Maori Party, but there is no sign yet of a candidate who could win a seat, or an organised party that could reach the 5-percent party vote threshold needed to secure a place in Parliament.

Given the MMP environment, it would be a pretty safe bet to view Labour and the Greens as a bloc, which will be a competitive combination when lined up beside National.

That leaves National dangerously exposed if Labour closes the gap further and, as we've seen in other MMP elections, one or two seats making the difference between being in government or opposition.

But it's there in black and white - National will not do a deal with New Zealand First, even if it holds the balance of power. If Bridges were to go back on this it would be a complete betrayal of those who vote for him.

There are shades of 2008 when opposition leader John Key ruled out a deal between National and New Zealand First - which at the time was Labour's confidence and supply partner under the Helen Clark administration.

Peters and his party were tarnished by the donations scandal and Key's stated refusal to work with them undoubtedly contributed to New Zealand First's defeat.

But Key taking the same stance in 2011 did not have the same effect, and Bridges' position in 2020 is in a different time, with different players and a different constituency.

Election year is well and truly underway but voters know early on when polling day will take place, and what the governing arrangements after that vote may look like.