Politicians past and present have paid tribute to Mike Moore, a Labour "battler" from a poor home who left school at 16, became New Zealand's Prime Minister and Director General of the World Trade Organisation. 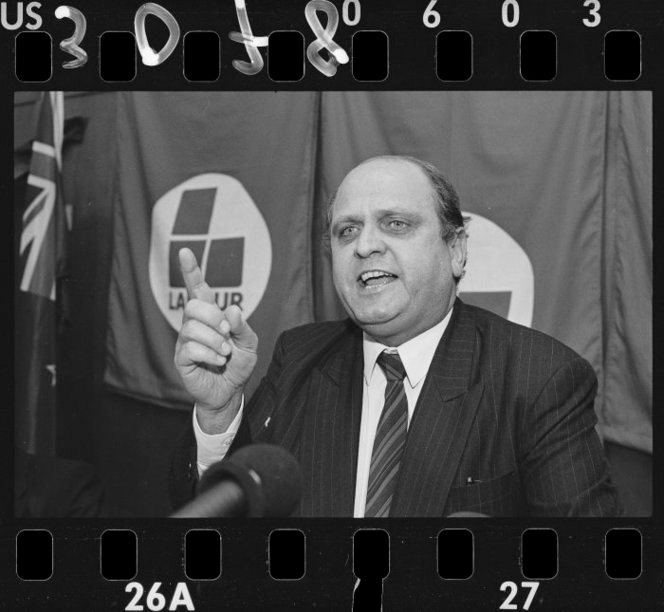 Mike Moore speaking in the Miramar electorate. Photo: The Dominion Post / Mark Round

Auckland mayor and former Labour cabinet minister Phil Goff said Moore was inspirational in the way he conducted himself.

Goff said his brother flatted with Moore in his younger days, so he got to know him.

"When I left home at 15, I was still at school, I ended up couch surfing at his place. We worked really closely together in the early days when he was one of the country's youngest MPs."

And Moore left an imprint on Goff's own political career.

"He was one of the people who most influenced me to go into politics and was an early mentor for me."

Goff said Moore was a battler.

"He always had to fight for what he achieved. He grew up in a poor household, he didn't have the advantage of a university education, but he didn't allow that to hold him back.

"I think he was one of the smartest and the most innovative thinkers that we had in parliament."

Goff said Moore also stood up for the underdog; "He had a strong vision and commitment to a fairer and better New Zealand."

Sir Geoffrey Palmer was the person Mike Moore replaced as Prime Minister in 1990. He says Moore was one of the countries most colourful politicians, held deep convictions, and was a "force of nature". 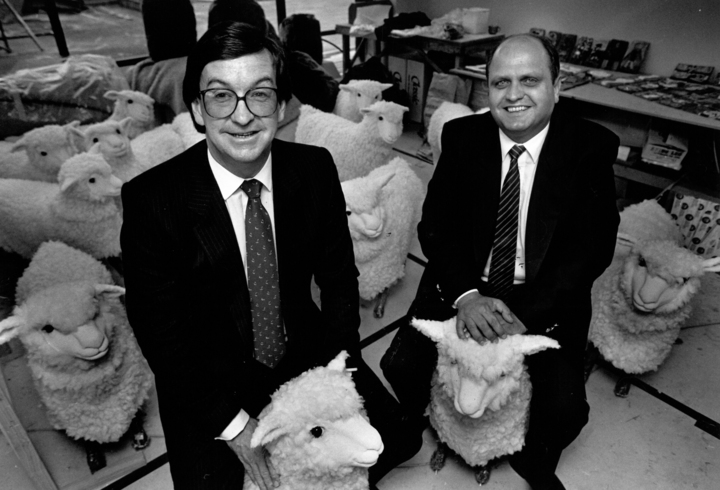 "He was Labour to his core, he was working class, he was tribal Labour, he had great political talent,".

Moore left lasting legacies from his work in trade policy, as Minister for Overseas Trade and as Foreign Minister, Sir Geoffrey said.

"His personality was well suited to negotiating, and he was involved in many trade negotiations of immense importance to New Zealand.

"This experience gave him a good background for becoming Director-General of the World Trade Organisation. And later, as the New Zealand Ambassador to

Washington. Mike did a lot for New Zealand."

The Finance Minister, Grant Robertson, says Mike Moore was a real force on the world stage.

Mr Robertson says one of his legacies will be his ability to look beyond New Zealand and consider the importance of global relationships.

"His understanding of the connections that New Zealanders needed to make to be able to sustain the standards of living that we all want - he was a real force on the world stage."

"He just bubbled with ideas and not just for his portfolio but for others. If you were sitting beside him he'd come up with various thoughts." 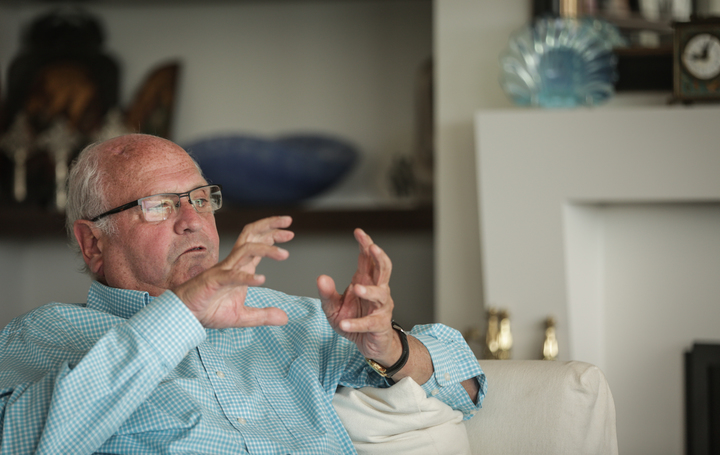 When I was a first year student in Asian Studies, I emailed Mike Moore about his time as trade minister and our 'pivot to Asia' to find new markets for our produce. To my great surprise we struck up a year long correspondence until he became ambassador to the united states...

He says they first met as teenagers at a youth Labour gathering in Auckland and remained friends for life. And Moore knew what it was like to grow up poor, and remained a people's politician throughout his career.

"He never forgot, through his whole life, the people that he grew up with.

"What he was really trying to do was to give opportunities to New Zealanders from accross the board, to lift standards in this country.

"Looking at his life you could say he made a very significant contribution to that. We'll miss him."

Prebble said Moore was instrumental in setting up many aspects of society we now take for granted, including opening school and university doors to international students.

I have a Mike Moore story. He was our MP for Waimakariri back in the rā. My dad was dying from a fuck of a brain disease and had lost mobility. My māmā was his sole carer. She'd been trying for way too long to get accessibility mods for our bathroom so he could use the shower 1/

Former Labour Party president Mike Williams says he will remember Mike Moore as an extraordinarily energetic politician who can be credited with changing Labour's stance on trade.

"He believed that the free trade would be good for New Zealand, and he sold that line to the Labour party to the degree that now everyone accepts it."

Former Prime Minister Jim Bolger says he remembers Mike Moore for the passion that he brought to debates in Parliament.

Mr Bolger said he had known Moore since they entered Parliament together in 1972 on opposite sides of the Beehive.

"Mike will be remembered not only for his youthful beginning but also the passion that he brought to his work. He did an awful lot of work as the Minister of Trade for a number of years in the Labour governments."

When Bolger became Prime Minister in 1990, he asked Moore to join him as former trade minister at a big trade meeting in Brussels, to have continuity.

"It was not often a new Prime Minister would take the former minister with him in such circumstances," Mr Bolger said.

"He never lost his interest and passion for politics, because he saw it as such an important vehicle for change.

"Mike was passionate about our country and ensuring it's place in the modern world. The world lost a man with a huge intellect, and huge heart today. E te rangatira, moe mai, moe mai, moe mai ra."

Former Labour cabinet minister Michael Bassett says Moore was enormously well-read, a fun person to be around, and a good judge of character.

"He climbed further up the world ladder than any other single New Zealander, the WTO is I think the second most important job in the United Nations."

When Mike Moore was Leader of the Opposition, and I was about the most junior political reporter in history, Bill Ralston dealt with the Government (for TV3) and (to give me purpose & a mission) assigned me the fractured and demoralised Labour Party.