Opinion - Voter turnout was sightly down on the 2017 Election, which probably has less to do with voter apathy and more to do with this being the first Winter election since 1923. 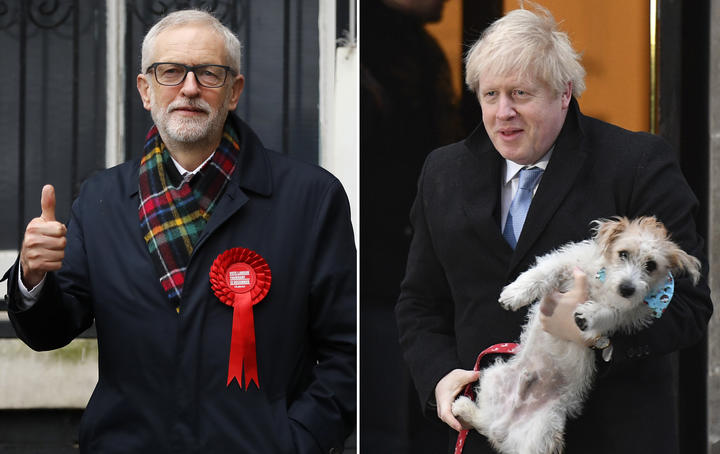 No matter who you were supporting in the 2019 UK General Election, one thing is clear: we finally have clarity ... of sorts.

While we still actually have no idea what "Brexit" is, beyond Britain leaving the European Union, there is no doubt left that it will be happening.

Boris Johnson, with his "mad genius" moves of avoiding interviews, hiding in fridges, and declaring he'd get Brexit done without ever defining what Brexit is, has zip-lined back into No 10 with a majority not seen since the days of Margharet Thatcher.

Of course "not seen since the days of Margaret Thatcher" is the start of Jeremy Corbyn's campfire horror stories, and Friday's result was certainly one of them. The Labour leader's tactics of never definitively saying he was against Brexit (a "bold" move in a "Brexit election") and trouble shaking off accusations of anti-semitism played a part.

Corbyn has been returned to his seat in Islington, allowing him to do what he is probably best suited for; being a passionate, energetic, representative for his local constituency. The same can't be said for Liberal Democrats leader Jo Swinson. The scot lost her seat and arguably no one celebrated that harder than SNP leader Nicola Sturgeon.

Sturgeon, the uncrowned Queen in the North, saw her party gain 13 seats and take 48 out of 59 (81 percent) Scottish seats, delivering a giant, yellow, middle finger to Westminster. She has promised to push for a second independence referendum. When the dust finally settles, that may be the bigger story than Labour's demise.

Or it could be Northern Ireland.

Calling Northern Ireland's situation "straight forward" is like calling Winston Peters a "media darling". There's a tense undertone to the whole thing, and the threat of violence always looms. The two main parties (the DUP and Sinn Féin) both lost ground to the more moderate Alliance Party and SDLP respectively, but what's really important is most of the MPs elected have a track record of not supporting Brexit.

Astoundingly, Northern Ireland has also elected for the first time more Nationalist MPs (those aspiring to a unified Ireland within the EU) than Unionist MPs (those wanting to remain in the UK). So Britain could have to deal with an "Irexit" problem, which sounds both rude and appropriate.

Wales (oh, Wales) is in no danger of leaving the Union. At a glance, 41 percent of the vote went Red, with 36 percent going Blue, which equates to Labour still having a majority in Wales of 22 seats. But the Conservatives took seven seats off them (one in the south, six in the North), repeating a theme seen in England of a Blue countryside with islands of Red cities scattered throughout.

In that sense we have learned nothing new in this election: