Well at least we know there will be an end date to the actual UK general election - 12 December. 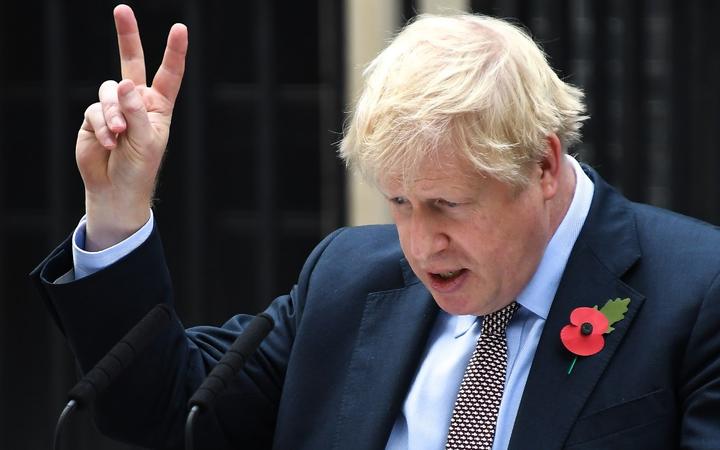 Whether it will do anything to fix a date for Brexit itself is quite another matter. With the main parties (Conservatives and Labour) splintering over Brexit and the minor parties sensing blood in an archaic first past the post system, betting on the horses is probably a more scientific activity.

One is on the End of Life legislation and one on the Legalisation of Cannabis. Both appear almost simple and straightforward compared with the likely arguments over how to frame the nature of a second referendum on Brexit.

The Labour Party in the UK is promising if it wins the election then there will be a renegotiation of the withdrawal "deal" that Prime Minister Boris Johnson negotiated and presented to Parliament a few weeks ago.

That would then be followed by a second referendum on the deal. Jeremy Corbyn, the polarising leader of the Labour Party is not saying how he would vote in a further referendum. Or what his imaginary deal might look like.

Such equivocation makes it hard for potential allies in other parties to team up with Labour in the event of a hung parliament. And tactical voting is more important in this election than ever before.

If you are an EU "remainer" the choice is to try to make sure that the Brexit supporting parties (especially those whose preference is to leave with no deal) do not win. It may mean changing the voting habits of a lifetime. The same goes for those who want to vote "leave".

In some seats Liberal and Green candidates are standing down so Labour has a clear run. In Tory seats, President Trump's endorsed Brexit Party leader Nigel Farage, has announced his Party will not stand candidates to give the Conservative Party a clear run. But in the Labour marginal seats that Boris Johnson has to win Farage is (currently) standing candidates.

All that could change. This is a melting pot of political advantage. The Scottish National Party is probably the only party confident of victory. That could mean further down the track another Referendum on Scottish independence depending on the result in the rest of the UK.

Boris Johnson put a fresh lick of paint on it and hey presto! He says it is a "super" deal. Plenty in his own party and many whom he threw out of the Conservative Parliamentary Party in September profoundly disagree.

Some of them are now standing as independents in their former Conservative held seats. One, David Gauke who was in Mrs May's cabinet, urges Conservative voters to vote Liberal- the principal Remain party.

Another former Conservative Cabinet member, Dominic Grieve, contesting the seat he held for 20 years, describes Boris Johnson as "totally unfit to hold the office of PM". Others are now in the ranks of the Liberal Party to contest their former Parliamentary seats.

Boris Johnson, the UK's Prime Minister for the past few months now waves his arms, ruffles his expensively coiffeured boyish hairstyle and says it will all be over by Christmas. 2020, that is.

But only if he is still Prime Minister after the first December general election - a season of floods snow and darkness in the UK-in living memory.

Voters will recall he made a similar promise that under his helmsmanship the UK would leave the EU by 31 October this year "do or die" (he achieved neither) and he would rather be "dead in a ditch" than remain after Halloween. Apparently no suitable ditch could be found.

The question is, will one be found on 13 December?