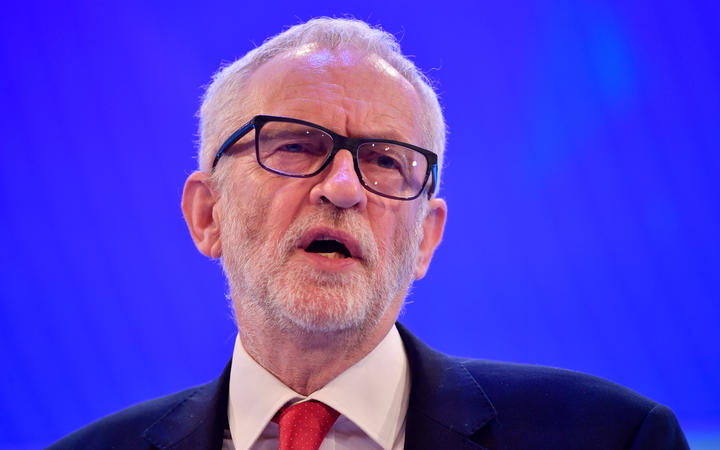 He told a BBC Question Time leaders' special he would not campaign for Leave or Remain so it would allow him, as prime minister, to "credibly" carry out what the voters then decide.

Prime Minister Boris Johnson later asked how Mr Corbyn could be "indifferent" on such a vital issue.

But Mr Johnson faced questions of his own about whether he could be trusted.

The prime minister was the fourth party leader to answer the audience's questions, with the SNP's Nicola Sturgeon and Liberal Democrat Jo Swinson also taking to the stage for 30 minutes each.

Pressed on whether politicians should be relied on to tell the truth, Mr Johnson said this was "absolutely vital". While trust was a crucial issue for voters, he argued the biggest threat to public confidence was the "corrosive" effect of Parliament trying to block Brexit.

He said the Labour, SNP and Lib Dem leaders wanted to "basically frustrate" the result of the 2016 referendum, which the public had been waiting more than three years to see delivered, by "absurdly" holding another one.

Mr Johnson said that the Labour leader's views seemed to have "mutated" and Mr Corbyn's ambition to negotiate an improved agreement would be totally undermined if he did not care whether the public backed it or not. 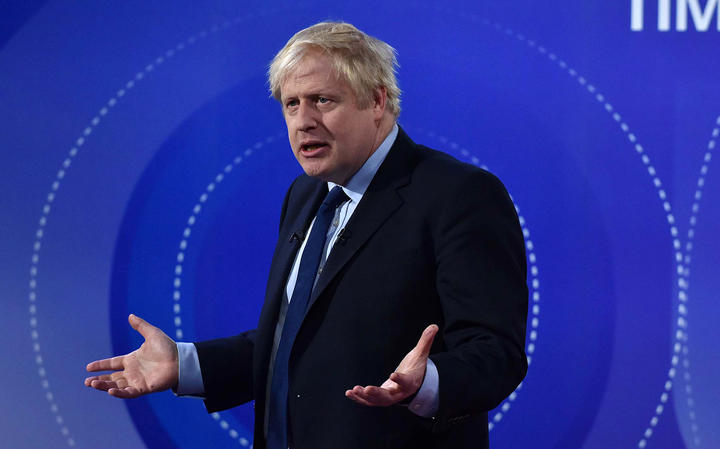 The Conservative leader also dismissed suggestions he was trying to suppress the findings of a report into alleged Russian interference in the 2016 referendum vote as "Bermuda triangle stuff".

"There is no evidence whatsoever, that I know of, to show any interference in any British electoral event," he said.

He insisted his party had "zero tolerance" towards Islamophobia and said he regretted any offence he had caused in articles about race during his journalistic career - including a piece in 2018 in which he likened Muslim women wearing burqas to letter boxes and bank robbers.

But he defended the right to freedom of speech and did not accept an audience member's invitation to say "sorry" for writing them.

Labour's economic plans would be "ruinous" for the country, he argued, but he also acknowledged his plan to cut national insurance bills for low-earners - expected to be the main tax announcement in the Conservative manifesto - would only have a modest impact.

On the NHS, Mr Johnson stuck by his claims that the health service was receiving the biggest cash injection in its history.

He added: "Of course I understand that things have been tough in the NHS and understand the pressures the NHS is under. I know the massive demand the NHS faces but we can only meet that demand if we have a dynamic economy."

Corbyn says 'you heard it here first' on Brexit stance

The four leaders all appeared individually and faced a mixture of audience questions and follow-up questions from host Fiona Bruce at the event in Sheffield.

The first to take the stage, Mr Corbyn, faced tough questioning about his economic polices, with one member of the audience suggesting his "reckless socialist" agenda "terrified" him and his family.

Mr Corbyn said his plans to take Royal Mail, the railways, the water industry and broadband delivery into public ownership had been "set out" very clearly and were aimed at "delivering an economy that works for all".

He insisted business had "nothing to be frightened of" by his plans, saying his "fully prepared and costed manifesto" would bring the country together and help reduce inequality.

Mr Corbyn was criticised for what several audience members suggested was a lack of clarity on whether he personally would support or oppose Brexit in a new referendum in 2020, with one questioner saying: "Why would anyone vote for Labour without knowing the answer to that question?"

Mr Corbyn said it was "entirely reasonable" to put the question back to the people as another referendum represented a sensible middle ground between those who wanted to cancel Brexit entirely and those backing the PM's deal.

Asked to clarify his own position, he said: "I will adopt, if I am prime minister at the time, a neutral stance so I can credibly carry out the results of that to bring our communities and countries together rather than continuing an endless debate."

He later told the audience: "You heard it here first on Question Time."