Analysis: The government moves cautiously on new gun laws, a politically acceptable education shake-up is announced, there's a solution to the Indian partner problem and Parliament sends the End of Life Choice Bill to a referendum. 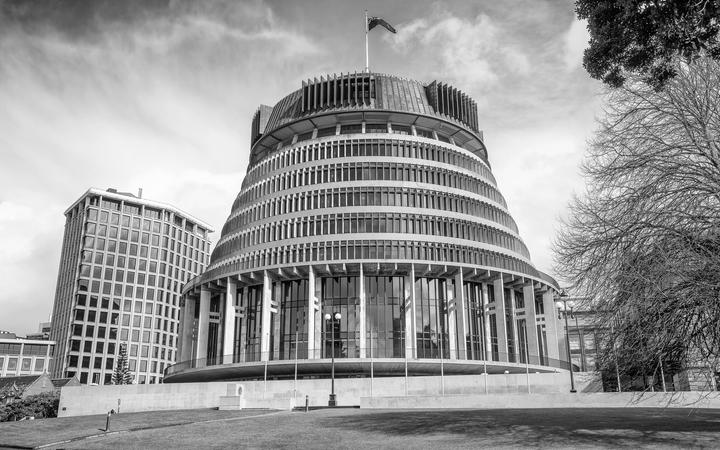 It's been another busy week in politics. Photo: 123RF

The Firearms Prohibition Orders it wants to put in place are intended to stop those with serious convictions from possessing, using or being anywhere near guns. That's going to raise human rights issues, and Police Minister Stuart Nash knows it.

Several times during Monday's press conference he emphasised the importance of public consultation on where to draw the line, what sort of previous convictions should make a person eligible for an FPO and the extent of police powers to monitor and enforce them.

Explaining the need for FPOs, Mr Nash laid out grim statistics: the number of guns stolen in burglaries increased from 440 in 2010 to 771 last year, in the past 15 months nearly 1050 were stolen. Every month, police were turning up at 200 events where guns were involved.

The consultation process goes on until year end and legislation will have to be drafted fairly smartly after that to get FPOs in law before the election.

Education Minister Chris Hipkins revealed the government's response to the recommendations of the education review it ordered soon after coming into office, and there was no sign of the controversial regional hubs which the report suggested should take over nearly all the functions of school boards.

He has instead chosen to take zoning and enrolment away from schools and put the ministry in charge of it through a new support agency. There will be new criteria for principals and there will be changes to the way school property is managed, but otherwise it's more or less business as usual.

Mr Hipkins was mainly worried about zoning and enrolment. "We've actually got to do a better job of this if we're going to make sure that every kid can attend their local school," he said.

His decision to remove it from schools followed concerns some were manipulating their zones to include wealthy neighbourhoods while excluding closer, disadvantaged areas, RNZ reported.

National's Simon Bridges, always suspicious of the government's intentions, said it seemed ministers were still looking for ways to centralise power and control over education.

There doesn't appear to have been either strong or unfavourable reactions from within the sector, and the Dominion Post summed it up like this in an editorial: "The overall impression is of a response that leaves no-one particularly happy… Hipkins will no doubt be happy he has found a solution that is at least politically palatable."

Changes initiated by Immigration NZ in May to strictly enforce the rules around visas for spouses coming from India after arranged marriages made it much more difficult to get them, and caused outrage. There were threats to punish Labour at the ballot box and Prime Minister Jacinda Ardern said the change would be reversed - despite support for it from coalition partner New Zealand First.

A neat way has been found to get around this potentially damaging situation. Arranged marriage spouses will be granted three-month culturally arranged marriage visitor visas so they can live here and demonstrate to Immigration NZ's satisfaction that they are in a genuine and stable relationship.

Previously, the culturally arranged visas had applied only when marriages took place in New Zealand, now they will cover marriages in other countries. The department will be making sure those overseas marriages followed cultural tradition.

On Wednesday night Parliament made its final decision on the End of Life Choice Bill. On a vote of 69 to 51 David Seymour's bill passed its third reading and its supporters celebrated in the debating chamber, but whether it becomes law will be decided by a referendum held at the same time as next year's general election.

That will take place alongside a referendum on legalising cannabis, which has raised questions about how much voters can handle at the same time as choosing a government.

Justice Minister Andrew Little is worried about the torrent of information, and misinformation, that supporters and opponents of both issues are going to pour out.

In a bid to counter this, teams of officials in his ministry will prepare neutral, factual information on the End of Life Choice Bill and legalising cannabis.

However, they won't be reporting on misinformation. That will be up to the activists, and they're likely to take exception to much of what their opponents have to say. Mr Little says the Advertising Standards Authority will handle the complaints, and he's far from confident it will make a good job of it.

"The ASA might wise up between now and the early part of next year. I hope they do," he told the New Zealand Herald. "I just hope they understand they have a responsibility when they are regulating advertising for the purposes of a general election and or a referendum."

Mr Little recently lost a case and he cited another: "Somebody complained about an ad that said ice cream made you happy, and they ruled that the ad had to be removed because it was factually incorrect," he said. "You've got to wonder where their heads are at… I want to meet the person who had an ice cream and it hasn't made them happy."

Mr Little said the two decisions in quick succession "show they are possibly operating on a different planet". The authority's chief executive, Hilary Souter, said the ASA recognised free speech and differences of political opinion. She was surprised by the minister's comments.