Opinion - The commercial media world is an increasingly tough business, in case you haven't noticed. 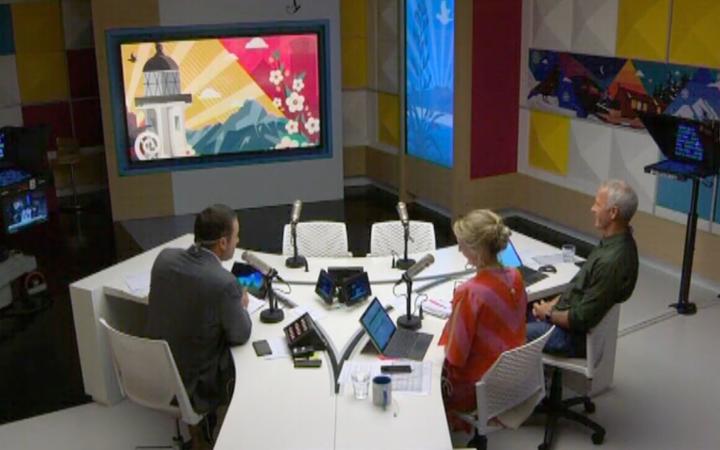 Mediaworks' AM Show dims the studio lights to tell the government that televison and news channels are in trouble. Photo: AM show / screenshot

Audiences have fragmented, consumer and advertiser choice is expanding and revenues caving. Business models are either failing or developing a serious case of the wobbles.

There are no fixes, yet, and it is getting crowded on the burning platform.

It is brutal, unless you are one of those formidably-resourced global platforms - think Facebook, Apple, Amazon, Netflix and Google - that utilise the scale of the internet to generate phenomenal wealth and power.

They are called the FANGS for good reason - they rip the throat out of competitors.

Meanwhile, in New Zealand, local outlets such as MediaWorks's television operation, find themselves out-muscled and potentially out of a business that has changed dramatically.

Even if a New Zealand media company that relies on advertising or subscriptions executes the perfect strategy faultlessly, they still face big future challenges. 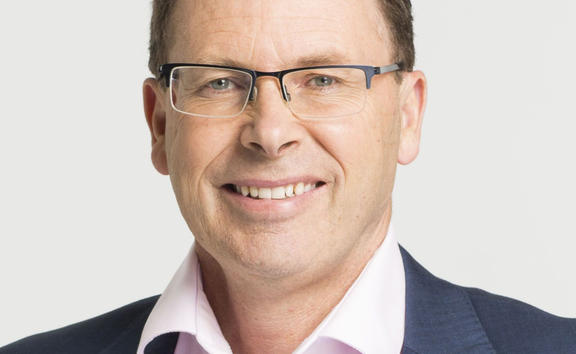 In the early 2000s I had the privilege of being of the Editor of The Press newspaper in Christchurch. One of our major problems in those heady days was figuring out how to print and distribute the enormous, advertising-laden, fabulously-profitable weekend edition.

It is only a little over a decade ago but it feels as distant as the peak of the Roman Empire.

Now, you might think none of this matters. That life goes on and companies and industries come and go as the relentless wheel of technological progress turns.

But the stakes are high: no people, society or nation are truly independent unless they have access to a diverse range of trusted and relevant news, information and entertainment that is created for, about and by them. The essential ingredient is choice - the ability of all citizens of a sovereign nation to have ready access to a variety of relevant media sources by which to make sense of their world.

The hollowing out of local newsrooms, production teams, programming and content creates a crisis that is larger than the fate of any distressed company.

The cult of fake news allows those in power to discredit journalism that challenges their authority. It is starting to creep into New Zealand political discourse and will grow unless there is a vigorous fourth estate.

If we, as New Zealanders, do not tell our stories, others will step in to do it for us and to us.

Governments around the world are wrestling with that question. In my role as president of the Public Media Alliance, the world's largest association of public broadcasters, I am continually confronted by the complexity of this problem.

Stable doors are banging in the wind all over the place, and regulating the FANGS sounds good in theory but is proving devilishly difficult in practice.

One of the things governments can do, however, is ensure their independent public broadcasters are not subjected to these constantly shifting market forces. We need strong, sustainable and accountable public service media organisations geared to adapt to changing audience habits.

We do not have all the answers at RNZ, but we do strongly believe that comprehensive public broadcasting services provide one antidote to the existential threat that faces the local industry.

RNZ is publicly-funded by the people of Aotearoa. Our sole job, set out in legislation, is to serve the public interest by connecting and informing the nation, strengthening democracy and reflecting our unique languages, perspectives and cultures.

People value the work we do: we are the most trusted media source in New Zealand, according to the Colmar Brunton Value Indices survey.

In the past few years RNZ has expanded its services beyond radio, doubled-down on trusted and independent news, and created new content for new audiences.

We have also shared our content widely with other outlets to ensure we are everywhere New Zealanders want and need us to be.

RNZ will continue to look for new ways to serve the public and fill the widening gaps. We will support and collaborate with other outlets where we can and work hard to ensure all New Zealanders have access to a range of trusted news, information and entertainment - made by New Zealanders, about New Zealanders for New Zealanders.

* Paul Thompson is the chief executive and editor-in-chief of RNZ and president of the Public Media Alliance.