Opinion - The message yesterday's Cabinet reshuffle was meant to send is that the government is serious about dealing with the housing crisis - a key policy area they are widely seen to be failing on. But should the public have any confidence that a reshuffling of the deck is going to bring about real change? 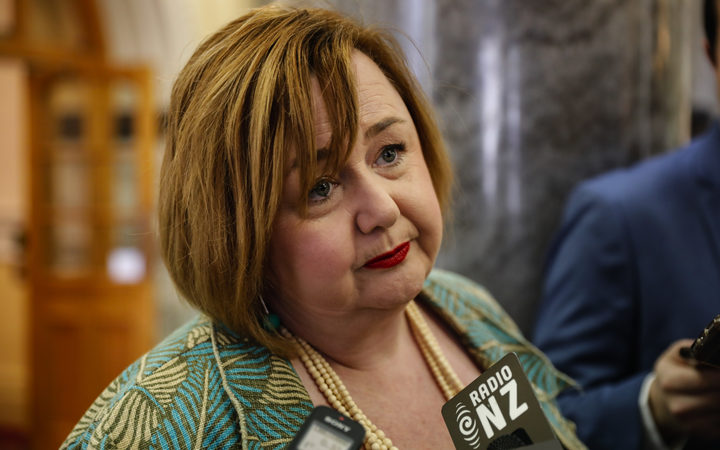 The Cabinet reshuffle sees five ministers in the 'housing team' with Megan Woods at its head. Photo: RNZ / Richard Tindiller

The "housing crisis" has become a "government crisis". Housing is, after all, the vital policy area that Labour had campaigned hard on in opposition, rightfully drawing attention to the crisis and National's woeful record in dealing with this.

Having got into office on a promise of addressing the housing crisis - as well as other related issues such as economic inequality - the electorate has expected to see the promised "transformative government" and Jacinda Ardern's self-proclaimed "Year of Delivery" on housing. However, the narrative has instead been that Labour is failing to delivering on housing, and the flagship KiwiBuild policy is a "dog".

Ardern has had to act to try to turn public perceptions around. That's why Phil Twyford was sacked as Minister of Housing. And that's why the housing portfolio has been split into separate components, with five ministers now making up a "housing team". It's supposed to suggest that the government is getting serious about new ways of fixing the housing crisis.

The problem is the government's housing problems were never simply about one individual. Yes, Twyford might have contributed to the problems, but the government's approach was bigger than him - it was about policy. Essentially Labour had - despite what Twyford and Ardern might say - put all its eggs into one basket: KiwiBuild. And that policy was always deeply flawed.

Not only was KiwiBuild an ill-thought-out policy, it was something of a right-wing policy masquerading as a left-wing one, which made it ill-suited to a government trying to satisfy a public looking again for the state to step up to solve problems in society, rather than use market-oriented "solutions".

KiwiBuild was always about using the market to try to solve the housing problem. Under the policy, property developers would be used to build houses that were going to be extremely expensive, but potentially somewhat less expensive than many of the houses on the market.

It was always the intention to keep the state from getting too involved in housing, or from doing anything radical like the mass production of state housing. In fact, the policy was barely even ambitious given the scale of the crisis. Despite promising 100,000 houses, economist Shamubeel Eaqub estimated there was a need for 500,000 affordable houses to be built by the state.

What the Labour Party never wanted to do was to spend any capital - political or actual - on housing. That's why KiwiBuild appealed so much to people like Finance Minister Grant Robertson. The policy was going to be cheap. Rather than costing $100 billion or anything like it, it was designed to need an investment of a mere $2b, which would actually be returned to the state with the sale of the houses.

Likewise, this government is investing very little in state houses. Yes, it is building about 1600 a year - many of which are being constructed on the land of those already needing to be replaced - but most governments do in fact build state houses. Even the last National Government was building 500 a year before it left office.

The numbers of state houses that both National and Labour have been building is utterly inadequate. The current government is building very few, relative to the need, and the waiting list for state housing is getting longer under this government than under National.

In terms of state housing numbers, Shamubeel Eaqub has pointed out that even now, "On a per capita level, we're at the lowest level since the 1950s. It is a frickin travesty". Even as recently as the early 1990s there was one state house for every 50 citizens, and now there is only one for every 70.

And it's getting worse, not better. For example, although more land is needed for state housing at the moment, the government is actually selling off state housing land to be used for KiwiBuild and private developers.

So, can a reorganisation of ministerial personnel bring about a new seriousness in dealing with the housing crisis? Certainly, the public should be sceptical about the idea that a reshuffling and a split in roles means the government is "doing something". After all, John Key did virtually the same thing in 2014, and that didn't lead to any improved results.

The appointment of Megan Woods might still lead to some real changes. She certainly seems to have the intellectual heft required to reorientate her new portfolio. In fact, she wrote her PhD thesis on some related issues, Integrating the nation: Gendering Maori urbanisation and integration, 1942-1969.

There's something else about Woods that might make her a better bet for bringing about transformational change in housing - she's probably the only genuine left-wing housing minister since the 1970s. In fact, Woods is arguably the most left-wing MP in Parliament - certainly she has a history of being to the left of even Green MPs (though not in a very showy way). She was, after all, in the Alliance Party before Labour.

But ultimately, she'll have to convince her friend Grant Robertson to allow some proper investment of funds. At the moment, he's holding Labour back from putting any serious money into housing - in order to keep his surpluses available for other priorities ($20bn of new spending on defence equipment, for a start), and to pay down debt (which helps establish his credentials with business people). Her success in tackling this will determine how serious the government is about dealing with the housing crisis.