Power Play - A new housing team, a new Housing Minister - all designed to remove Phil Twyford from the glare of the KiwiBuild controversy without undue humiliation in today's Cabinet reshuffle.

The line is the housing portfolio is "too big for one minister" - that may be true but this also allows Mr Twyford to be eased out of the primary portfolio while keeping him in a bigger team, with ministerial colleagues who will be eager to perform well.

But the fact Prime Minister Jacinda Ardern now effectively has five ministers with some role in housing shows the breadth of the challenge - not just the affordable house building programme but in homelessness, state housing and the limitations on development under the Resource Management Act.

Megan Woods is a capable minister who navigated the coalition government through the tricky path of ending most future oil and gas permits. While there are still stakeholders grumpy with what they say is a lack of consultation, she has largely kept it out of the headlines.

Ms Ardern will be looking for her to do the same with KiwiBuild.

Ms Woods will bring a "fresh set of eyes" to the programme, Ms Ardern said, adding when one individual had been in the same portfolio for so long (including in opposition in Mr Twyford's case) that brought a danger of becoming "wedded" to specific policy designs or ways of operating.

Appointing three ministers, alongside Nanaia Mahuta who's already an associate minister and Jenny Salesa in Building and Construction, shows the commitment of the government to make progress. 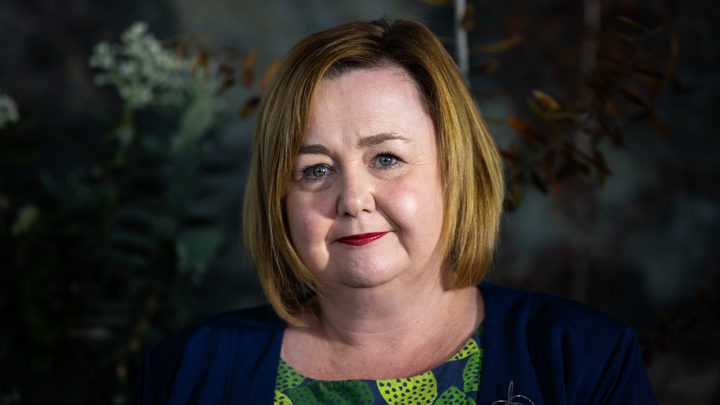 But with that comes high expectations of Ms Woods in particular to get KiwiBuild moving and take the political heat out of that policy.

That's part of the strategy of sidelining Mr Twyford into urban development - which in itself is a vital part of enabling house construction. Sorting out the Resource Management Act in a way that preserves environmental protections while removing the red tape long bemoaned by developers is a challenge that has thwarted previous ministers.

But it also removes him from the association with KiwiBuild and as the target of endless questions in the House from National's housing spokesperson Judith Collins.

The KiwiBuild "reset" - announced at the start of the year and which has since morphed into a fresh look at the broader housing programme - continues to drag on. Today's announcement provides some explanation for the delay, the Cabinet paper has been initially developed by Mr Twyford but the new ministers have been given the time to make their contribution before it's finalised. They have at least the next three weeks when Parliament is in recess, but it could be even longer before the paper is finally put before Cabinet ministers. 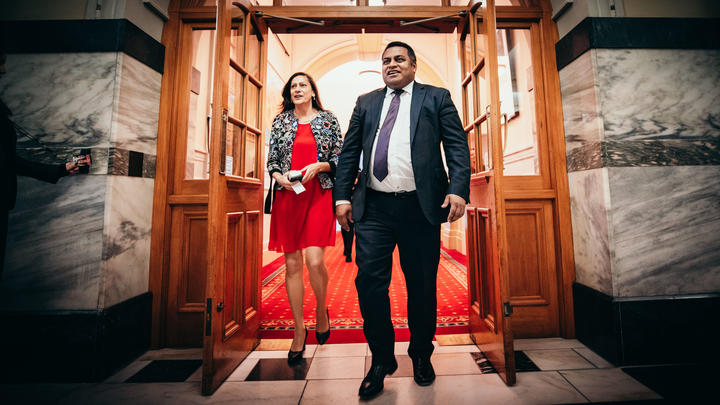 Kris Faafoi, right, will join Cabinet as Digital Services Minister and Poto Williams has been promoted to a minister outside of Cabinet. Photo: RNZ / Dom Thomas

Once again though, the government appears cynical in its timing.

Ms Ardern waited until the last hours of the last day before the longest recess during the sitting programme. She fronted a news conference and the two newly promoted ministers talked to reporters shortly after. But the timing presented others the opportunity to avoid the media as the House rose and MPs were free to depart Parliament within hours of the announcement.

Ms Woods and Mr Twyford have both declined requests for interviews - issuing statements instead and making the most of the opportunity to avoid any tricky questions.