Opinion - The Australian federal election has been called. It will put to the test the newly minted Scott Morrison who became the prime minister after a fraught party room battle. 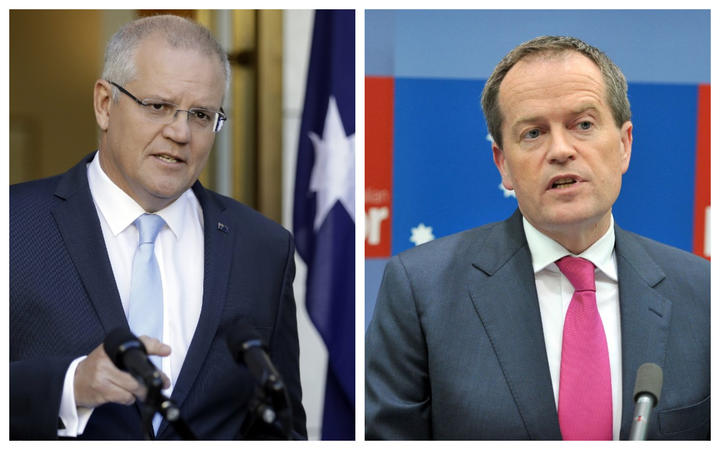 It will also test Leader of the Opposition Bill Shorten who has faced considerable controversy about his union ties.

Going into the campaign, more so than most elections, it looks like this one will be dominated by political point scoring, rather than debate on significant issues.

At the recent federal budget, the Coalition (Liberal and National parties) announced tax cuts. The Labor opposition countered with their own tax package, which moved the tax cut benefits to those on lower incomes. Sound familiar? A remarkably similar move to what we saw play out in the last New Zealand election between National and Labour.

However, these announcements were seen as parties playing to their base rather than any discussions on who and how Australians should be funding government. This is not the same as the tax debate that the Tax Working Group has attempted to have.

Issues that are important to New Zealand Prime Minister Jacinda Ardern are unlikely to be a priority when Australia's current Prime Minister Scott Morrison begins his bid for re-election. Photo: RNZ / Dan Cook

For New Zealand, the election will not see debate of the issues that we have raised. At the last substantive meeting between Prime Minister Jacinda Ardern and Prime Minister Morrison - the deportation of criminals with New Zealand citizenship but with no connection to New Zealand; the human rights of those held in offshore detention centres; and the shared issue of how to manage relationships with China were all raised.

The first two of these issues are unlikely to see much airtime. There are only votes to be lost for the major parties in reversing the position on sending criminals offshore, and the offshore detention centres cause such internal political issues that they are difficult for parties to manage publicly.

In regard to China, there have been allegations made this week about Chinese influence on senior Liberal MPs - not unlike the allegations made by Jami-Lee Ross. But while this issue has created distraction and intrigue, it doesn't appear to be a vote changer.

And a vote changer is what both parties need. Population boom has meant that there are new electorate seats up for grabs in this election. The Coalition Government can't just try to hold on to their current ones - they actually need to win some.

Since 2016, the polls have consistently placed the Coalition behind Labor, but it has been very close, and it can't be taken as a given that Labor will win on 18 May.

There are about 30 marginal House of Representative seats across the country, with a number concentrated in Queensland. In those seats, the debate is not about foreign affairs or human rights, but about jobs. There is a long-term drought that is affecting regional communities, and growing concern that the strength of commodity prices is unsustainable.

The Coalition Government is playing the traditional election card of the right - we are the best ones to manage the economy. But it is difficult to sell this slogan when they have been so publicly ill managing their own political affairs. 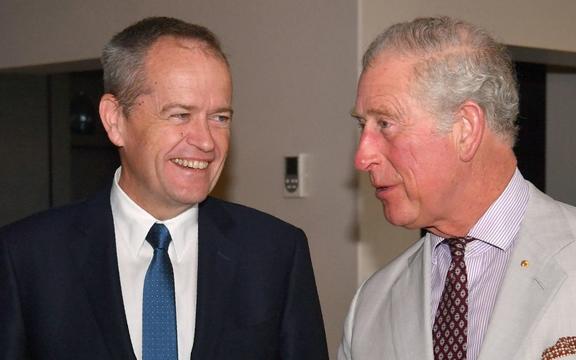 Bill Shorten, seen here with Prince Charles, is under scrutiny because of his ties to trade unions. Photo: AFP

The Labor Opposition does not fare much better. Mr Shorten is behind Mr Morrison in the preferred leader polls.

Mr Shorten has faced almost weekly questions about the role he played in politics as a trade union leader, and how much control the unions now have over him. It is also assumed that even if he became prime minister he is likely to fall to the same fate as his predecessors (Julia Gillard and Kevin Rudd) and not survive the parliamentary term.

On this basis, disillusion with the major parties is high. Which has led to a rise of independents running in key seats - some of them former major party MPs and candidates. They seem to be largely running on a Jacinda Ardern-type narrative - it is about bringing kindness and diversity to parliament. Ironically, if many of these independents get elected, it is likely to make the politics messier and more divisive.

The campaign will be five weeks long with most Australians already over it and disillusioned about the role they can play in influencing the policy of the next term. Regardless of who wins, it seems unlikely that the relationship between New Zealand and Australia will change or the issues we raise with them.

*Brigitte Morten is a senior consultant for Silvereye. Prior to that she was a senior ministerial adviser for the previous National-led government, and an adviser and campaign director for Australia's Liberal Party.