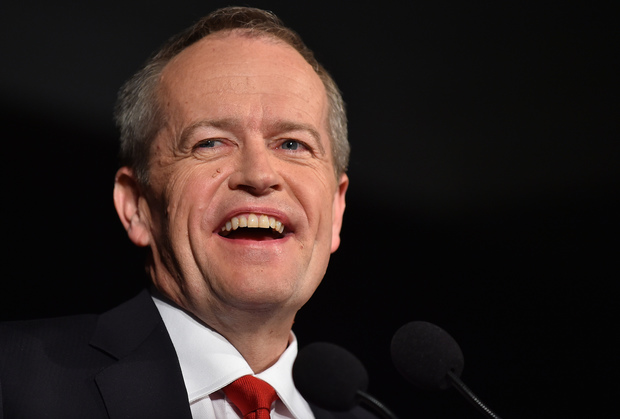 On the night, Bill Shorten told his supporters they may not know the final result - but Labor was back. Photo: AFP

Australia's opposition Labor Party will maintain the offshore processing of asylum seekers if it forms government.

Leader Bill Shorten has told the Lowy Institute that Operation Sovereign Borders would be "fully resourced".

Under the programme, asylum seekers who have arrived in Australia by boat since 2013 have been sent to detention centres on Nauru and Papua New Guinea's Manus Island.

Mr Shorten says his government would look to appoint an Ambassador for Refugees and boost efforts to find resettlement countries.

"Stopping the boats was never meant to leave people languishing in indefinite detention," Mr Shorten said in his speech.

"We understand the importance of region-wide solutions to the problem, including the need to develop regional processing facilities that meet our international obligations and into which we have a clear line of sight."

Mr Shorten said Australia should provide concessional loans and financing for infrastructure projects in the Pacific, which could include projects like raods, ports, water supplies, communication and energy.

He said that would ensure Australia remained a partner of choice in the Pacific.

However, he insisted it was not designed to counter Chinese influence in the region.

Australia's next election is due by next May, and current polling has Mr Shorten's party winning in a landslide.