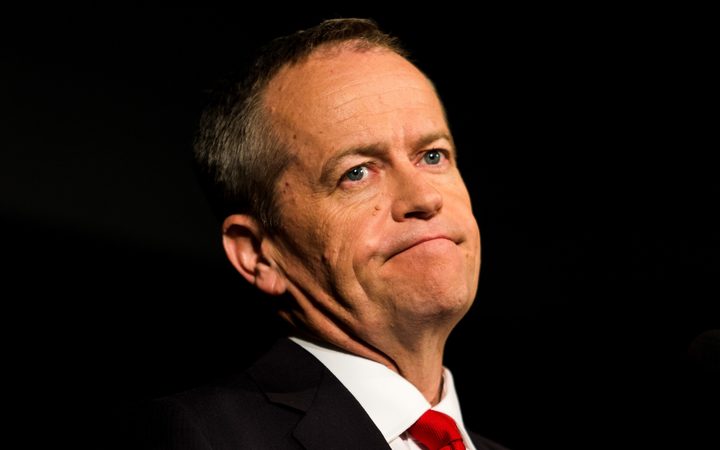 A video surfaced in the final week of the NSW election campaign featuring Mr Daley telling an audience at a Labor function last year that young people were fleeing Sydney because "Asians with PhDs" were taking their jobs.

Mr Shorten said he had received "a lot" of questions about Mr Daley and his "wrong comments" and wanted to reassure his audience that Labor was committed to a multicultural Australia.

The Labor leader conducted the "live" session on WeChat on Wednesday afternoon, addressing an online audience of about 500 participants drawn from Australia's Chinese community.

Mr Daley's remarks were blamed for helping to derail Labor's campaign and contributing to a backlash from voters in seats with a large Chinese-Australian population.

With a federal election looming, federal Labor feared it would be tarred with the same brush.

"I just want to make clear, as the leader of the federal Labor Party I don't agree with what he [Mr Daley] said and the comments should not have been made," Mr Shorten told his WeChat audience.

"Mr Daley has now stepped down as the leader of the NSW Labor Party and he doesn't intend to become leader again."

Mr Daley had formally resigned as state opposition leader less than 24 hours earlier after vowing to recontest the party leadership after the weekend's election defeat.

Mr Shorten was accompanied by Jennifer Yang, Labor's candidate for the ethnically diverse seat of Chisholm in Melbourne's east.

The marginal seat, which is currently held by the retiring Liberal MP Julia Banks.

He bookended the 30-minute chat session with short video messages, prefacing his answers with a direct appeal to his audience to "learn a bit more about why you should vote Labor in six weeks time".

Users were invited to submit their questions ahead of the event and Mr Shorten responded to a selection of them in spoken English.

Two members of the chat group asked the Opposition Leader about his party's policy towards China and why he had not come to the defence of the community after critical media reports about the activities of Chinese interests.

Mr Shorten said he welcomed the rise of China and did not see Beijing as a threat.

"I see China as a strategic opportunity for Australia and I want to see greater mutual understanding between all of us," he said.

But he added that "Australia needs to stand on its own two feet and think for itself".

It was a form of words that carried a faint echo of former prime minister Malcolm Turnbull's 2017 pronouncement that "the Australian people [needed to] stand up" against foreign interference.

That statement provoked a sharp diplomatic rebuke from the Chinese government, which said Mr Turnbull's comments had "poisoned" the atmosphere of China-Australia relations.

Mr Shorten also chose to answer questions about racism, using the opportunity to attack on his opponents.

He urged the government to follow the lead of the Labor Party and preference last One Nation and other extreme right wing parties last in the upcoming general election.

Prime Minister Scott Morrison has condemned One Nation after a television documentary exposed its attempts to solicit political donations from powerful US gun lobbyists. But he has stopped short of saying the Coalition would preference One Nation last at the federal election.

Mr Shorten also accused the Coalition of wanting to water down the Racial Discrimination Act to "allow more hate speech" and that the Morrison government wanted to raise the language proficiency bar for migrants, making it harder for Australian Chinese to become citizens.

"I believe everybody living in Australia should study conversational English, but university English test is a standard that this government put into place to make it harder for some people to become Australians."

Mindful perhaps of a previous Labor leader's mastery of the Chinese language, Mr Shorten was careful not to expose his own linguistic shortcomings. He restricted himself to a simple "xiexie" (thank you) salutation at the end of his Q&A session.

Both Mr Shorten and Mr Morrison have used WeChat to post statements, but this is the first time either party leader has engaged in a community forum.

Chinese state media said Wednesday's online event was "an indication that the platform will have a role in this election campaign".