Opinion - In the wake of the Christchurch shootings, the only thing that has stopped my sadness turning into anger has been the enormous outpouring of love and support. 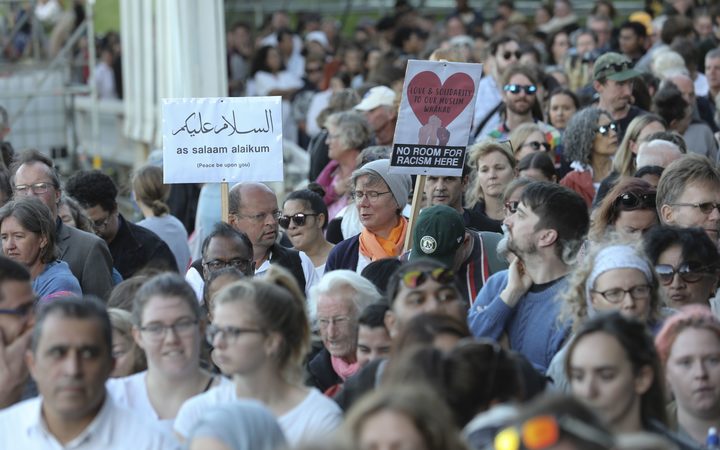 A large crowd attended a Wellington vigil after the shootings at two Christchurch mosques, part of a massive outpouring of grief. Photo: RNZ

This has come from everyone - my non-Muslim friends who are also people of colour or migrants, white Kiwis, Brits, Aussies, Americans, Canadians, and so on.

We've been united in this grief felt so keenly the world over, whether we've lost friends and family ourselves or not, and it has been both heart wrenching and heart warming.

The events of 15 March, though only days ago, feel like they happened in another lifetime.

Since then, my mother was approached while out for a walk but instead of racial slurs, as has happened numerous times in the past, this woman, a complete stranger, grasped her hands and shared her condolences.

My dad called me and recounted how on the first night our local mosque in Rānui reopened, he went expecting to meet with a stricken Muslim congregation.

Instead he found hundreds of West Aucklanders had gathered to lay bouquets, talk, and - at one point while the congregation was at prayer - stand behind them in respectful silence, as if to guard them from harm.

His voice cracked while he said: "I realised today we forget sometimes that most people are essentially good."

Among the messages of sympathy, love and solidarity, I've been asked with a new urgency and sincerity, numerous times "what can we do?"

This is perhaps the most essential question of our time.

What can we do? Where to from here?

People have to recognise the Muslim community is grieving.

We've lost brothers and sisters in a most brutal and vicious act of violence at a most sacrosanct of places and times.

Many are not in a position to commit to the emotional labour to educate or lead dialogue at this time.

And many have always, on principle, believed it should not be their responsibility to do so.

Both these positions are valid.

I've always believed in the power of stories and conversation, so despite being no authority on the matter, I am willing to contribute what I can.

Firstly, we must reject the notion that "this is not us", because it is.

White supremacy has always been a part of New Zealand.

It is a disservice to Māori to engage in this erasure of their history and struggle, when the consequences of colonisation are very much relevant for tangata whenua today if you look at any measure of wellbeing, such as rates of incarceration, or health and education outcomes.

Colonisation is in my history as a person of Bangladeshi origin as well. People migrate to New Zealand from their homelands precisely because their countries of origin are still healing from the wounds colonialism inflicted.

White supremacy is in the very foundations of New Zealand, so this is part of us, but it is not all we are and we can do better.

I understand the temptation to reject outright this heinous incident with such a straightforward denial.

Many Kiwis think because they aren't "racists" that racism is either not a problem in New Zealand, or is simply the presence of the odd racist act, which is an outlier, an anomaly.

But racist acts are simply one expression of hatred or ignorance, while racism is systemic, cultural, entrenched in our institutions, language, economy, and social structures.

If you're wondering why you should care, aside from simply being a decent human being in the wake of mass murder, consider the words of scholar Dalia Mogahed - "the same soil that grows Islamophobia, grows anti-Semitism, grows anti-Black racism".

I would go further and suggest it is the same foundation that grows homophobia, transphobia, ableism and every form of intolerance and bigotry that hurts us all.

We should all care, this affects almost everyone.

We have to identify a problem and acknowledge its roots before we can begin to treat it and heal from it.

We have to start by admitting this was us, but it doesn't have to be anymore. 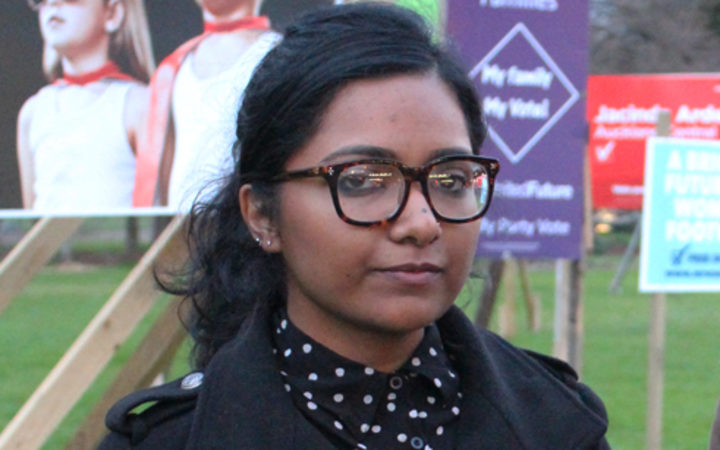 Secondly, we have to centre Muslim voices in the coverage of this incident and in the discourse that follows. Representation matters.

Muslims have been dehumanised and demonised in the media the world over since 9/11. The failure to include Muslim voices in this narrative has left unchallenged the stereotypes painted of us, as if we are a two-dimensional monolith, a single monstrous Other.

Share on social media the commentary from Muslims who are sharing their thoughts and experiences and if you are white then share the immense platform you are often privileged to occupy.

And listen to Muslim women. Often the most easily identified and therefore targeted, when Muslim women share their experiences of Islamophobia and racism and misogyny (and often a staggering combo of all these things), take that seriously and amplify those concerns.

As a society, we can choose which voices we empower and nurture at critical junctures that can shift the conversation, and we must be diligent and deliberate in exercising that choice now.

Thirdly, speak out. Challenge destructive narratives in the media, from your community leaders and politicians, and the people in your life.

Call up and debate with those talkback radio hosts, argue with your racist uncle at that family barbecue, tell those problematic old high school friends exactly why you're blocking and deleting them before you do it, disparage your friends from laughing at that racist joke or using that unacceptable word, ask your employer to account for the efficacy and fairness of their recruitment policies and their commitment to diversity, attend the rallies and sign the petitions.

If someone is not good enough to be your leader, then get them sacked (more effective than egging, though visually less striking).

If that sounds like a lot of work, it is. If you want to be an ally, do the work. People in marginalised communities have been doing it all along for our own people and often everyone else. If you are born into an identity whose intersections suffer little or no disadvantage or discrimination, do more for others with your privilege.

Finally, help financially right now. Donate directly to the funds set up for the survivors of the attack and the families of those we lost.

Websites collecting donations for the shooting victims and their families:

Remember that many families lost their main or sole breadwinner, their children, or have been retraumatised after coming to New Zealand as refugees to escape already devastating pasts. The impact of their loss will be immense and long-lasting, perhaps intergenerational.

Donate and keep checking they are receiving the community support and social services they will require for some time to come.

This is only the beginning of a lifetime's work of unpacking and challenging the stories we are told, and the stories that we tell ourselves about who we are.

In contrast, the harm that manifested so unthinkably has had so much time to grow, often unobstructed, like a cancer beneath the skin of our society.

The good news is it can be done - the good people of west Auckland who surrounded Ranui mosque have shown this.

The work has already begun, as has been shown by the good people across New Zealand who attended vigils, sang and prayed and performed haka in our collective grief, who are starting to ask the right questions and engaging in the conversation.

This is us, and we can do better.

* Saziah Bashir is a freelance journalist commenting on issues of social justice, race and gender. She completed an LLB, BCom and LLM from the University of Auckland.