Gun owners have been handing in their semi-automatic firearms to be destroyed, following Friday's terror attack.

Prime Minister Jacinda Ardern last night encouraged owners who were contemplating surrendering their guns to do so.

Farmer and Green Party candidate John Hart said it was an easy decision for him to hand in the semi-automatic rifle he had owned for about a decade.

Mr Hart handed in his gun at Masterton police station on Monday.

"Any convenience I might get by having it around the farm is far out-weighed by the risk it poses just existing.

"Once I realised that, the only way I could go forward with a clear conscience was to hand it into the police for destruction," he said.

Mr Hart said he had seen a couple of people on social media who had done the same and hoped there would be more.

Until today I was one of the New Zealanders who owned a semi-automatic rifle. On the farm they are a useful tool in some circumstances, but my convenience doesn’t outweigh the risk of misuse.

We don’t need these in our country.

We have make sure it’s #NeverAgain pic.twitter.com/crLCQrOuLc

"I think you've got to look at the practicable reality, you've already got too many of these firearms falling into the wrong hands, so whatever we're doing now it's not working, and we can't rely on that to keep people safe in the future," he said.

Former New Zealand Deerstalkers' Association (NZDA) president Bill O'Leary said it would not be advising its members to hand in their semi-automatic firearms.

"The people who are holding what are called MMSAs are holding them with a current New Zealand firearms licence, therefore they are legal at this stage," Mr O'Leary said.

He said the NZDA, one of the country's top gun clubs, would cooperate with the government on gun law reform, but signalled the owners would want compensation.

"We will cooperate with the government and put to the governent through a process our proposals for how those firearms could be legalised or withdrawn, but withdrawn in such a manner that the people who have invested money in those firearms are not left out of pocket", he said.

"Usually with a special purpose that they need it for, in that case they've been to the police, they have received an endorsement to their licence and they hold them as a legal firearm."

Police said in a statement that due to heightened security in the current climate people should call them first before attempting to surrender a firearm. This would let staff know in advance of any people intending to return firearms.

Christchurch residents are meanwhile saying they are relieved that gun laws are being tightened. 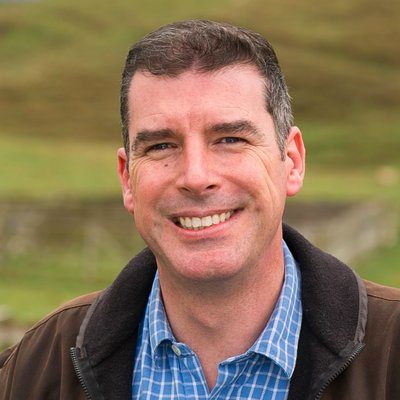 Yesterday, Ms Ardern said details of the government's proposed law changes on gun ownership would be announced by next week.

She said although in principle decisions had been made on the reform of New Zealand's gun laws following Monday's Cabinet meeting there was still some detail to be worked through.

"As the Cabinet we were absolutely unified and very clear, the terror attack in Christchurch on Friday was the worst act of terrorism on our shores, it was in fact one of the worst globally in recent times, it has exposed a range of weaknesses in New Zealand's gun laws," she said.

An RNZ reporter asked people on the street near the Linwood Mosque on Monday for their reaction, and one of them, Samuel Sheung, said he wanted to see a tougher line taken.

He said he wanted to see a similar system to that in place in his native Hong Kong.

"In Hong Kong, we have very strict gun laws so basically it's nearly like zero percent of terrorist shootings happen.

"I think probably New Zealand should follow it, because it doesn't make any sense to allow anyone to have huge amount of guns."

He said gun licences should be issued in a similar way to car licences, with strict rules on who can operate what type of firearm.

Yesterday Trade Me announced it was removing all listings for semi-automatic guns and parts form its website.

Trade Me chief executive John Macdonald said the website had received contact from people over the weekend, with many saying they should stop the sale of such items after the mosque attacks.

But the Deerstalkers Association said its members were experienced gun users and it hoped the government would not be too extreme in its gun law reform.