Analysis - National has a problem. It's not its leader, it's not the party losing faith and it's not even a fallen MP raising merry hell. 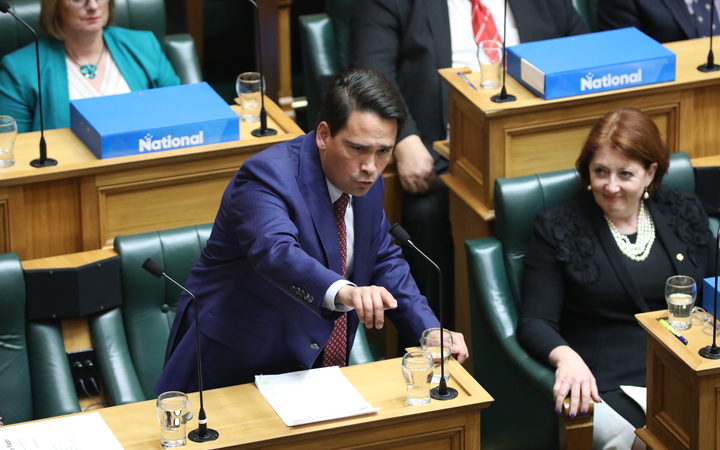 The Jami-Lee Ross story is the political equivalent of a page-turning novel, but the real plot twist for National doesn't lie here but in the dry prose of the Treasury, Statistics New Zealand and the Reserve Bank.

The story set out on those pages is one of an economy in good health. That makes the going tough for National as it prepares for 2019 - the middle year of the term and the no-man's land for Opposition.

Despite the JLR derailment, National has largely been on track in its role as government critic.

Michael Woodhouse has been forensic in the Karel Sroubek case, leaving Minister Ian Lees-Galloway struggling to explain why he granted residency to the Czech drug smuggler.

Chris Bishop has doggedly hounded the government over the appointment of Deputy Police Commissioner Wally Haumaha.

Paul Goldsmith has beavered away on the Provincial Growth Fund, this week revealing the 'missing meetings'. More than 60 engagements Shane Jones held were not declared, some of which related to the $3 billion fund he presides over. Judith Collins continues to chip away at KiwiBuild and its Minister Phil Twyford.

But National's shots at its most important target - the economy - are missing the mark.

Mr Bridges marked the anniversary of the new administration by declaring it "a year of economic mismanagement" and claiming that "under this government the economy is slowing". But it was hard to find the numbers to match his words.

At 3.9 percent unemployment is the lowest in 10 years. Or in the words of the Reserve Bank "employment is around its maximum sustainable level".

GDP grew 1 percent in the September quarter. It's the strongest growth in two years, nearly double the OECD average and rivalled only by the US. It was broad based - 15 out of 16 industries expanded, with only mining dropping back. The RBNZ believes GDP growth will "pick up" over 2019.

Cost of living pressures are real but the latest CPI increase of 1.9 percent recorded by Stats NZ is low by historic standards. Further blunting National's grab for attention on hip pocket issues, petrol prices dropped 10 cents a litre in October.

In the housing sector rents have been rising, as have concerns about KiwiBuild, but the dangerously hot Auckland market has cooled safely so far. ASB said this week more Kiwis believed it was a good time to buy a house than at any point in the last five years.

Mortgage rates are almost subterranean. This week ANZ offered a one year rate of 3.95 percent, claiming it was the lowest since World War II. A time traveller with a mullet or shoulder pads might have thought a one had been mistakenly left off the front of the rate (mortgage rates were nudged 20 percent in the late 1980s).

A deep grave has been dug for claims of a fiscal hole. A surplus of $5.5 billion is forecast and the government is on track to meet its Budget Responsibility Rules of spending at 30 percent of GDP and debt at 20 percent.

This seems to leave Labour more vulnerable to attack from the left than the right. Aside from a few tweaks, and despite the rhetoric about expunging neo-liberalism, the economic paradigm remains.

The TPP has a new name, 90-day job trials are gone for big companies but remain for SMEs and teachers and nurses strike for a greater share of the surplus billions.

National might claim the government has failed to live up to promises of transformational change. But then National's warnings of economic vandalism haven't materialised either.

The JLR saga has sparked stories suggesting Mr Bridges could be rolled. But he has to worry less about his MPs doing the numbers and more about the economic numbers. As he had to admit on Morning Report this week, those numbers are looking pretty good.