I am always astounded by people who take a comment about institutionalised racism or sexism personally, but people seem to be very upset about comments from Julie Anne Genter suggesting 'old white men in their 60s' needed to start moving off boards to 'allow for diversity and new talent'. 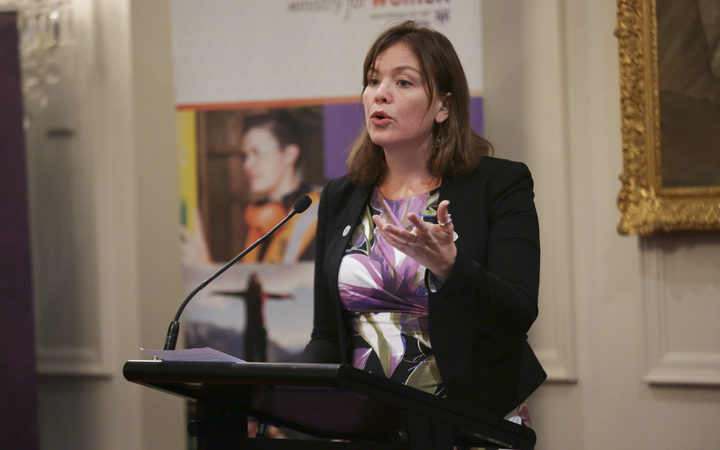 Opposition leader Simon Bridges has called it 'virtue signalling', making a statement because you reckon it will go down well rather than because you actually believe it.

I think it's actually pretty difficult to prove Ms Genter doesn't believe what she's saying because we're not actually dealing in beliefs here, we're dealing in facts. All she is really doing is pointing out the elephant in the room.

Eighty four percent of board members in New Zealand are men and whichever way you want to cut that, it's not good.

It's also not good that a report out on International Women's Day last month revealed that women made up only 18 percent of senior management teams at companies in New Zealand. That was two percent down on the previous year and the worst result since the survey began in 2004.

You'd probably also agree that it's not good that a 2016 World Economic Forum report suggested it might take 170 years to eradicate the disparity in pay and employment opportunities for men and women. The same report in 2015 suggested it would only take 118 years.

The New Zealand Institute of Directors added to the pile of things that aren't good in 2017 with research that revealed a lack of ethnic diversity among the country's highest paying boards, with little representation from people of Māori, Asian and Pacific Island descent.

In order to redress these imbalances, we simply need some people on boards who are not old white men, which means some old white men need to vacate their positons. This is just maths.

And why do we need to redress this balance? Well, in case you don't think it's a good idea based the old 'basic human rights' argument, I'll try to persuade you with some economic ones.

A Westpac report last year indicated a 50-50 gender balance in management roles could boost the New Zealand economy by nearly $1 billion. In the US, research by McKinsey showed that reducing gender inequality could boost US GDP by $2.1 trillion.

Genter isn't suggesting that old white men in their 60s have nothing to offer or don't deserve to be on boards, she's just suggesting that some other people also have things to offer and despite deserving to be there, they currently aren't.

She's suggesting that in order to redress this imbalance, one that countless researchers, the World Economic Forum and many global and local business leaders agree isn't good, we might need to do something about it at a pace that's faster than glacial.

She isn't personally blaming white men of any age for this problem, but instead acknowledging that when a gap is that big, it indicatives systemic problems and institutionalised prejudice. And while Simon Bridges might be 'all for positively trying to increase your diversity over time and doing the right thing there', the questions Genter is pressing us to address with urgency are 'How much more time?' and 'What does waiting cost?'

- Anna Connell is a columnist and commentator on a range of issues and regularly writes about diversity, gender equality and the future of work.