Poll of Polls - Labour has been firming its support this year and is now neck and neck with National in the RNZ poll of polls average. National's new leader will have work to do if Labour's momentum continues. 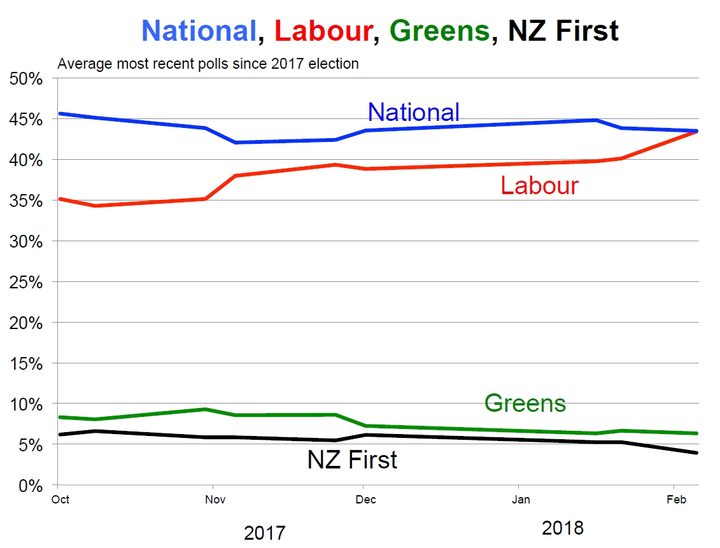 Labour's average was already 40.1% by the end of January, 3.2 percentage points above its election score.

Its latest average, of polls in January and February, is 43.4% after last night's 1 News poll which gave Labour 48% to National's 43%.

Labour's 43.4% average is only a whisker behind National's 43.5%, which is down slightly from 43.8% at end-January but still close to its 44.4% election score and a solid starting point from which to build its 2020 election case.

Labour's ascendancy has come at the expense of its two support parties. New Zealand First's latest average is 3.9%, well below the 5% threshold needed for seats in Parliament and its 7.2% election score. The Greens' average is spot on their 6.3% election score.