First the drought, then the flood. 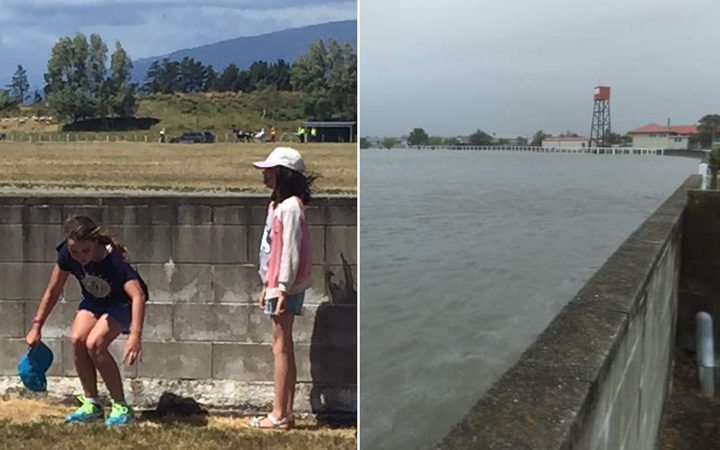 Just over a month ago my family were at the Boxing Day race meeting at Westport's Patterson Park.

They had predicted rain then but none came. The track was, as they say in the racing game, hard and fast.

In the first picture my daughter is doing what she normally does, striking up a conversation with a friendly stranger of the same age. They are at the fence near the finishing post. It's probably about 1.3m high.

The second picture is of the race course yesterday following the storm, as seen from the same spot.

As same wags have suggested, the course rating is now heavy.