A State of Emergency remains in place for Buller after heavy rain continued to pelt the country overnight in the wake of ex-cyclone Fehi. 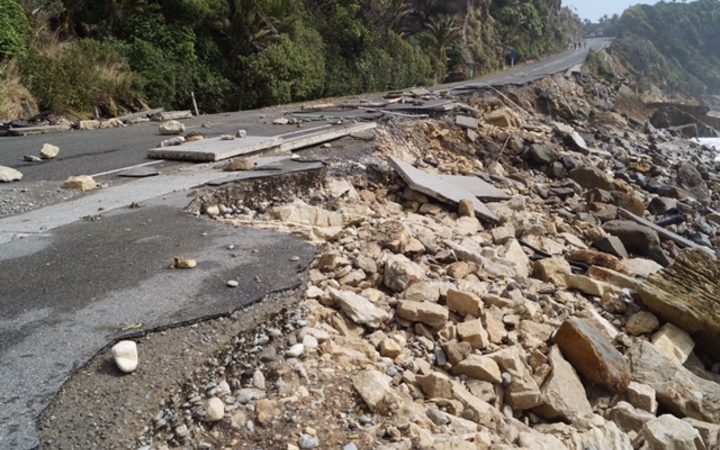 Power has been restored to some parts of the country, but at least 2000 homes are without power in Fox Glacier and Inangahua areas, while at least 3500 properties in Hokitika, Hari Hari and Whataroa were being supported by local power generators.

In Nelson about 100 properties remained in the dark overnight, as well as about 30 in Christchurch. In Taranaki all power was restored apart from about 40 homes in Patea.

Fire and Emergency, however, said it had a relatively quiet night overnight with hardly any weather-related call outs.

The priority for teams this morning was to reach 115 tourists who spent an uncomfortable night in their cars after becoming stranded between Fox Glacier and Franz Josef.

Andrew Thompson, of Westland Civil Defence, said last night it had been impossible to reach them due to the weather conditions.

"They're all in the one spot approximately and they have been contacted by radio ... there's slips, live power lines down and also trees down," he said.

Mr Thompson said there was at least one Kiwi Experience bus on the side of the road carrying young people.

"All those who had to leave their homes are safe and sound in motels or with friends and family. Sleep well everyone," a spokesperson posted on social media.

In Hokitika, an evacuation centre with the capacity to accommodate about 500 people was opened in Hokitika at the Hokitika Boys Brigade building last night.

Welfare centres had been closed due to the low number of people requiring them.

Building inspectors would visit properties today to help homeowners assess the damage caused by the sewage flowing into the streets yesterday afternoon.

"When the kids go back to school ... it's important they stay out of any water on the ground because we cannot be sure which water is contaminated and which is just rain water," Ms Mash said.

Surrey St and Hillside Road remain closed this morning due to the wastewater overflow.

Ms Mash said Civil Defence was "working toward bringing the city back to normality" today.

In Nelson, State Highway 6 on Rocks Rd was closed as a precaution due to possible storm surge flooding.

In Taranaki, people on coastal areas were urged to evacuate at Waitara East Beach but there was no threat to properties at high tide last night.

The wild weather also caused Nelson Airport to close yesterday, however it has reopened and several flights will resume this morning.

And despite several disruptions to flights in Wellington, more domestic flights are expected to resume although there have been some delays and cancellations to early morning flights.