Many New Zealanders are waking up without power after ex-cyclone Fehi ravaged many parts of the country overnight. 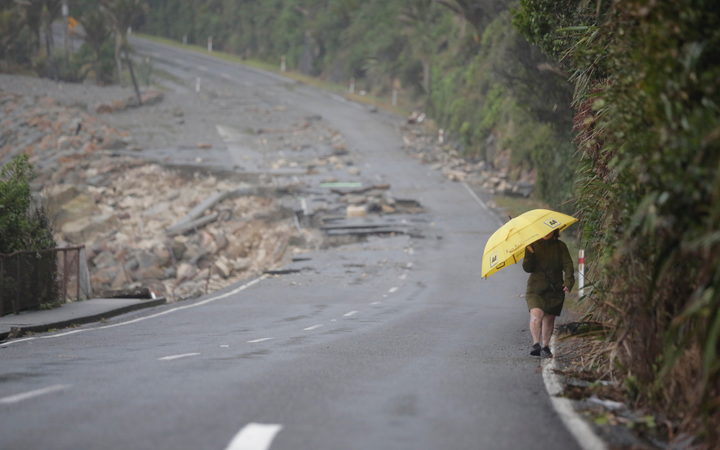 Road washed out just north of Punakaiki rocks. 500m stretch of road and footpath was damaged by king tides during the storm. Photo: Rebekah Parsons-King

At least 2000 homes in Fox Glacier and Iangahua areas are affected while at least 3500 properties in Hokitika, Hari Hari and Whataroa are being supported by local power generators.

In the Tasman area, all of Glenduan is without power, as well as Point Road in Monaco and Ranier and Martin Streets in Stoke.

If you have images of flood damage, please email: iwitness@radionz.co.nz]

Over 500 without power in Christchurch mostly around the Port Hills including Charteris Bay, Governors Bay and Lyttleton.

And in the Coromandel about 300 homes are without power in Port Jackson and Little Bay.

Here's what you need to know this morning: