Opinion - Cartoonist Toby Morris gives his take on Labour's shift in its approach to tax policy after concerted attacks. 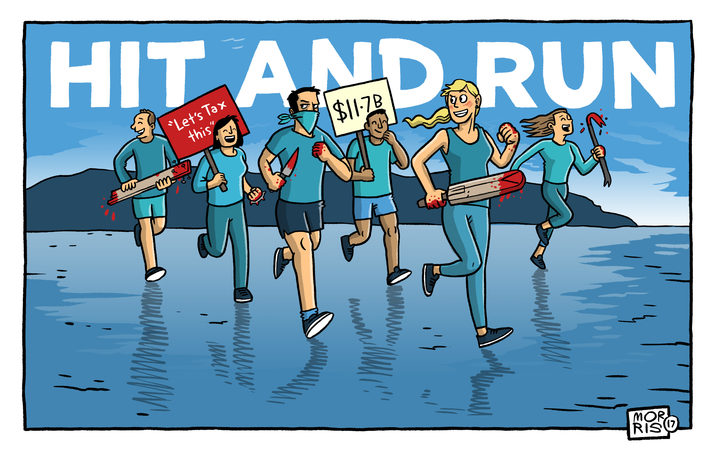 Labour yesterday performed an about-face, saying the party - if elected to power - would now seek a mandate in 2020 before introducing any property-based taxes, including a capital gains or land tax. It had already ruled out such taxes on the family home.

The party's plan is still to form a tax working group, which would decide the best way to tackle the overheated housing market, but any recommended changes would not take effect until April 2021.

Labour leader Jacinda Ardern had previously said she wanted to be able to act quickly and bring in first-term changes.

She said yesterday that the party was responding to voters' request for clarity, and denied it was a backdown or a response to polls.

What's in and what's out of Labour's tax proposals

* Introduce a regional fuel tax in Auckland at 10c per litre

* Introduce a tax credit for research and development

* Capital gains or land tax on the family home

Possible - but not until after 2020 election

* Land tax (excluding the land under the family home)

Toby Morris is an Auckland-based illustrator and comic artist. He is the creator of The Pencilsword on The Wireless and also half of the Toby & Toby duo at rnz.co.nz.