Analysis - After a 33-year political career, the end for Peter Dunne has been slowly coming for some time. 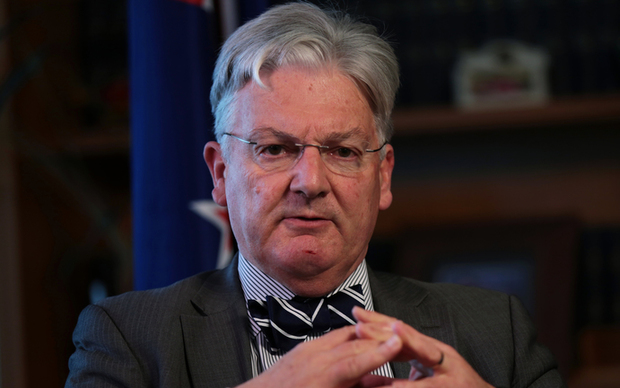 Peter Dunne's chances of holding on to the Ōhāriu electorate in the 2017 election looked slim. Photo: RNZ / Diego Opatowski

Peter Dunne's comfortable majority in the Ōhāriu electorate, a seat he first won in 1984, has been steadily eroded by Labour party candidates, and polls now indicate its latest - former Police Association president Greg O'Connor - is poised to take the seat.

That was enough for Mr Dunne, who has decided to quit today, rather than face the bitter taste of defeat at the polls.

For the man who initially won what had appeared to be a safe National seat for Labour in 1984, he has been comfortably ensconced there ever since, until now. In that initial victory Mr Dunne had businessman Bob Jones to thank, after he split the National vote by standing in Ohariu for the New Zealand Party.

In subsequent elections however, Mr Dunne won the seat in his own right, including holding on in 1990 when there was dramatic swing against Labour. To his credit, he stood firm against the outgoing tide when in all probability he should have lost.

Mr Dunne had been an adherent of the free market economic policies promoted by Roger Douglas and it is likely right-leaning voters in the seat continued to support him in 1990 even if they were not natural supporters of Labour.

He won again in 1993, but it was to be his last election as a Labour candidate.

With MMP looming, Mr Dunne split from Labour over worries it was abandoning its previous commitment to free market policies. He and some National MPs set up a new centrist party called Future New Zealand.

The party signed a coalition deal with National to keep it in power until the first MMP election in 1996 and Mr Dunne returned to Cabinet - he had been a Labour minister - as Minister of Internal Affairs and Revenue.

They believed that under MMP, as in Germany, a centre party could succeed. But the party was squeezed by both National on its right and Labour on its left and Mr Dunne was its only MP after the election.

National was in the doldrums, and support surged for United Future, as it did for the more right-wing ACT Party. Mr Dunne was particularly impressive in the election debates and his promotion of centrist "commonsense" politics helped United Future win 6.69 percent of the party vote in 2002.

But its support slumped at the next election and it retained just two list MPs alongside Mr Dunne. Then in 2008 he was back on his own as its sole MP, a position he has held ever since.

Yet, throughout it all, Mr Dunne has supported governments led by both Labour and National and held ministerial posts in both. He has been an under-secretary and minister for just on 15 years, serving seven different Prime Ministers.

Few politicians have done better, yet few have been ridiculed more, whether for his coiffured hair or bow ties.

Despite the ridicule, Mr Dunne has been an extremely effective politician who has worked well with both sides of politics. Yet the longer he has been part of a National-led government, the more distant he has become from his old party, Labour.

Mr Dunne's ability to navigate between the two parties was eroded as he increasingly criticised Labour and cemented his ties more firmly with National. That was apparent in his departing press statement in which he offered his best wishes to National list MP and Ōhāriu candidate Brett Hudson. He had also earlier declared he could only support National, not Labour, after the election.

For some time Mr Dunne has been a particular target for Labour too. The party knows if it can prise him out of Ōhāriu - and it has now done so without an election - then its chances of toppling National increase.

For the past three terms he has been a key supporter of the government and his vote has been one of those ensuring it gets its policy agenda through the Parliament.

Mr Dunne's resignation is not just United Future's loss. It is also a blow to National, probably more so. It loses a crucial vote irrespective of its final result in the election.

In the meantime time the MP for Ōhāriu ends a 33-year parliamentary career by taking what he is likely to see as a pragmatic, commonsense approach to politics.