ANALYSIS: When Mark Weldon issued a statement announcing the resignation of long-serving TV3 presenter Hilary Barry last week he said it was her personal decision to go.

Now he says his own resignation as MediaWorks chief executive is also a personal matter.

"I have come to a decision that the personal cost is now too high to continue in this role," he said in a statement today. 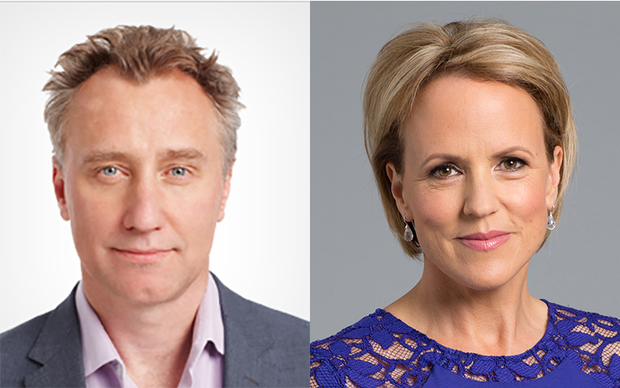 His departure came less than two days after many in the media had anticipated it.

There was speculation he might go after a MediaWorks board meeting on Monday, which was held as reports swirled that Barry's departure had added to a mood of mutiny among the company staff, including senior managers.

The meeting was the first one attended by two board members recently appointed by MediaWorks' owner, the US-based investment fund Oaktree Capital. Their inclusion on the board was seen as a sign the owners were taking a greater interest in the running of the company and its performance.

It's unlikely Oaktree's officers would be too concerned about unhappiness among MediaWorks' employees, but if they didn't think the company was heading in the right financial direction, they may well have pressed for a change at the top.

But on Monday afternoon, Mr Weldon emerged from the meeting claiming to have the backing of the board.

The following day, he unveiled the re-branding of TV channel Four as Bravo, a joint venture with NBC Universal. This was entirely in line with his entertainment-heavy TV strategy, so there was no sign he was about to walk away - or that anyone in charge wanted him to.

After taking over as chief executive in 2014, Mr Weldon pushed through ruthless restructuring, which led to the redundancy or resignation of most of the senior executives and dozens of journalists and programme makers.

MediaWorks TV channels were refocused on entertainment and reality shows. Mr Weldon said news and current affairs - which had been regarded a strength for TV3 - were not performing commercially. Concerns about damage to the company's reputation or brand were brushed aside. Likewise, concerns about the evaporation of goodwill and esprit de corps among staff.

He put in place a digital-first strategy, launching multi-media news service Newshub, a joint venture entertainment website, Scout, and New Zealand's first multi-platform live news show, hosted by Paul Henry. An entertainment and events company joint venture was set up with a company that was an offshoot of Australia's Channel 9.

MediaWorks also owns about half the country's commercial radio stations, which remain profitable and popular in the market.

In November 2015, the board had extended his contract as CEO - effectively a green light to press on with the cost-cutting and entertainment-driven restructuring of MediaWorks' media outlets.

A statement released to staff by MediaWorks chair Rod McGeoch today said Mr Weldon claimed "significant progress" had been made in his time in charge.

"We have hit our Q1 targets. Overall, audiences are growing and innovative strategies such as the introduction of Newshub have been well received and are delivering results," Mr Weldon said.

Mr McGeoch also said "Mark has agreed to assist the board on strategic projects" - a sign that even under a new CEO, MediaWorks may not be changing direction.

Has his strategy been a success?

His critics claim the root and branch changes have lowered the value of the company and alienated some of the existing TV audience.

As a foreign-owned entity, there are no published accounts to gauge the financial state of MediaWorks under Mr Weldon's leadership. But Oaktree Capital was prepared to back Mr Weldon's plans with as much as an estimated $27m of investment, paid in instalments since 2014.

As a so-called 'vulture fund' which seeks out distressed assets, Oaktree Capital would have an interest in seeing if the reinvention of MediaWorks succeeded in commercial terms. If it did, it could be used as a model to apply to other media investments.

But the usual strategy for investors like Oaktree is to buy at a low price and sell assets when they are attractive to the market.

That was one of Mr Weldon's main targets once MediaWorks came out of receivership in 2014. There are no signs that MediaWorks is anywhere near ready for sale at present, and - personal reasons aside - that may be the reason Mr Weldon has moved on.

Mr Weldon had no experience of running media companies before he joined MediaWorks in 2014, though he pushed through the purchase of agricultural publications when he was head of the NZX.

But he's not the only one in that position. Current TVNZ boss Kevin Kenrick came from House of Travel to take up the top job there and he has overseen the digital transition of its business with far less turmoil.

Mr Weldon stands accused of trashing the corporate culture - either wilfully or carelessly - that those before him had built up at MediaWorks. This was highlighted by the scrapping of well-regarded current affairs shows such as Campbell Live, and Mr Weldon's hiring of gossip writer Rachel Glucina, just after a serious breach of ethics in her now-notorious "Ponytail-gate" scoop for The New Zealand Herald.

The long list of former TV3 journalists celebrating his resignation on social media makes it obvious how unpopular he was.

It's only natural that those who were pushed out - or away - during his reign would rejoice at its end, but the comments of former news chief Mark Jennings carry particular weight. He served in the role for many years and his opinion on matters outside news and current affairs mattered at MediaWorks before he left earlier this year.

"It was clear that he had lost the backing of key executives," Mr Jennings told stuff.co.nz. "In the end, he couldn't win the support of the people in the company that really mattered."

Mr Weldon's successor will have to be a better 'people person' even if the plan is to carry on cutting costs and investing in entertainment.