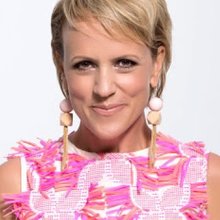 Barry, who started with TV3 as a reporter in Christchurch in 1993, has been co-presenting the 6pm news every weeknight since 2005.

She said she knew she was performing well and was in great shape, but was looking forward to recharging her batteries and spending more time with her family.

Mediaworks chief executive Mark Weldon said Barry was a brilliant broadcaster, who had become one of New Zealand's favourite television and radio personalities.

He said she would remain on air for another month and an announcement on the presenting line-up would be made in the coming weeks.

The resignation is the latest in a string of high profile exits from the news network.

Mediaworks news chief Mark Jennings resigned earlier this year, after being with TV3 since 1989.

Other changes at the network over the past 12 months include the cancellation of investigative news show 3D and a rebranding of the 6pm news to the current Newshub format.