Hilary Barry's decision to quit Mediaworks and TV3 has made headlines - lots of them. It was unexpected news about a much admired broadcaster, but is it a big deal? 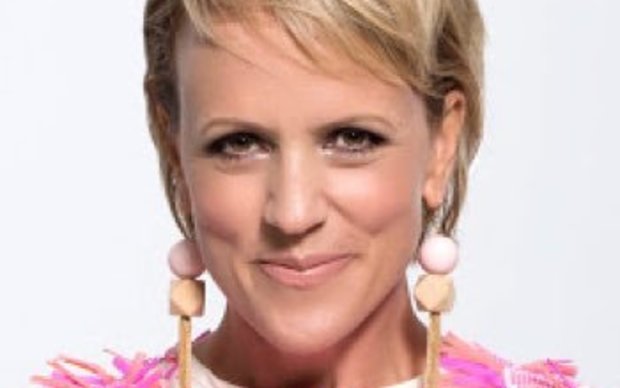 I called Mediaworks last Friday to ask about its response to the serious matter of its reporter leaking from a Reserve Bank lockup recently. The response was an uncharacteristically terse and instant: “No comment”.

If subsequent reports that TV3's Hilary Barry had resigned from the network the previous night are true, they were probably relieved I wasn’t asking about that. But I had no idea.

After the news broke on Friday night, it became front-page news and homepage-leading news. In fact, there was no other news on the Weekend Herald’s front page at all.

A steady stream of online comment pieces (“Hilary Barry and John Campbell were MediaWorks' most valuable assets“) and speculative stories (“Who will replace Hilary Barry?”) followed on news websites. 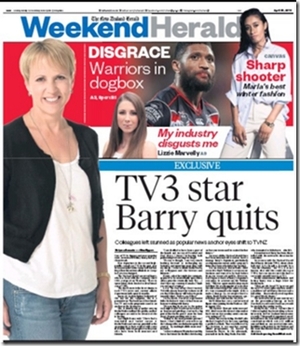 No other news on the Weekend Herald's front page. Photo: SCREENSHOT

TV3's Newshub at 6 claimed the “shock resignation has dominated all forms of media,” but not all outlets seemed rocked by the news.

RNZ marked it in news bulletins and with one simple online news piece. The Otago Daily Times ran a story from its northern news partner The Herald, and left it at that.

Her employers at Newshub went with Hilary Barry “taking time out to watch the kids play rugby” and how much she’d be missed.

How big a deal is this?

Hilary Barry quitting TV3 matters to many thousands of its viewers. She was certainly “one of TV3's biggest and most popular stars,” as the Herald put it yesterday. 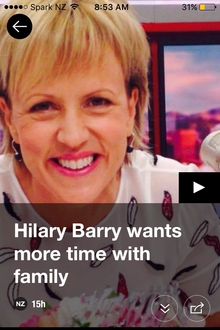 Longstanding TV newsreaders are popular and admired figures here. They're described as people we “invite into our homes” each night (even though, of course, we really don’t), but not for nothing was TVNZ’s Judy Bailey called “Mother of the Nation”. Some TVNZ news viewers felt personally betrayed when Hanover Finance collapsed, because her presenting partner Richard Long endorsed it in adverts bookending the news.

Hilary Barry was very good at presenting and was clearly admired by many colleagues and peers. Former TV3 presenter David Farrier called her “uniquely unhateable” in an emotional tribute for stuff.co.nz.

Also, many key journalists - some famous, many not - have left Mediaworks’ recently, so her departure adds to the newsworthiness. As one Twitter wit put it:

And that's all happened since a new management team took over and took the company out of receivership in 2014 and pulled its news and current affairs apart.

Does the departure of one presenter merit all the headlines?

On TV3, former New Zealand Herald editor Tim Murphy said she was “more popular than the PM,” and her departure was “huge, huger than any other” at TV3 recently.

Bigger than the departure earlier this year of the news chief Mark Jennings - the man who oversaw 3 News through multiple changes of ownership and management and had been there from the very start of TV3? Or even John Hale, the long-serving but less well-known 3 News producer until 2015?

The Spinoff editor Duncan Grieve also argued it was “a bigger blow” than the others at TV3. And he went further, calling it:

a cataclysmic event for the organisation, a multi-pronged nightmare with implications stretching from dawn to dusk and across all platforms.

She is “the most universally beloved figure in New Zealand television,” he said. He may be right that it will prove bad for business at Mediaworks, but the majority of TV viewers weren’t actually watching the news shows she fronted.

Nonetheless stuff.co.nz's Katie Kenny declared her “the mate of the nation”.

“That's fair to say, because that's how she described herself,” said Katie Kenny. “The country stands behind her co-host Paul Henry in saying: “We love you Hilary.”

It does? Not according to the marketing expert Mike Lee who told Newshub the new generation pays no attention to news media and can't tell the difference between big-name presenters.

In Newshub’s report on its own host going, Tim Murphy also adapted Oscar Wilde: “To lose one superstar is misfortune, to lose eight or ten could be seen as carelessness,” he said. He didn’t mention Mediaworks chief executive Mark Weldon by name, but plenty of others did. 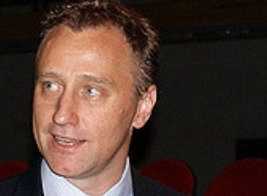 Mark Weldon has become a lightning rod for journalists’ criticism, and almost a hate figure. So when his statement to all staff this weekend misspelled Hilary Barry’s name, the media seized on that too. Single spelling mistakes made in the media don’t usually attract so much attention.

Fairfax Media’s Collette Devlin pointed the finger at management. She said Mediaworks bosses “saw John Campbell and Hilary Barry as assets the business could dispose off, rather than talented people who added value to the company”.

But while “spending more time with the family” is often a PR figleaf, it’s also plausible in Hilary Barry's case.

Breaking the news last Friday to TV3 viewers, Newshub Late said she’d been “a veritable superwoman” getting up at 3am each weekday to present the Paul Henry show while presenting the 6pm news too. Other broadcasters working multiple gigs, including the late Sir Paul Holmes, have spoken of the toll those hours and exposure can take.

Nzherald.co.nz called Hilary Barry “the latest high-profile casualty after 18 months of drama at TV3,” straight after reporting TVNZ “reportedly writing a half-million dollar cheque for her”. Many people would say that sounds like not too bad an injury.

Many other media also claimed TVNZ had made Hilary Barry an offer - something TVNZ has not denied. It wouldn’t be the first time big TV networks caused upheaval by headhunting a popular newsreader for an edge in the ratings game.

A solid body of work - and entertainment

The acting news chief at Mediaworks said: “Hilary has covered every major story that has touched the lives of New Zealanders, from the Christchurch earthquakes to Pike River, the Royal Wedding, the America's Cup, and the death of Nelson Mandela.”

The Sunday Star Times praised her for keeping it together when it really mattered - broadcasting live after the Christchurch quake of February 2011. Quite right too.

But some of the praise in the paper was overstated. For example:

That day, Barry played her own small part in helping redefine how New Zealanders decide who to trust.

The Sunday Star Times was spot on though when it said TV3 looks to be “trying to wean itself off news and current affairs and reposition itself as an entertainment channel much like state-owned TV2”.

But Hilary Barry has been part of that shift to entertainment too. She is a key part of the Paul Henry show that knocked more informative breakfast programmes off TV3 and Radio Live.

The online video for stuff.co.nz - How Hilary became a broadcasting legend  - doesn’t include her Christchurch coverage or Mandela’s funeral, but lots of giggles, snorts and other news novelties. Likewise the Six times Hilary Barry made the news better piece on stuff.co.nz. It really depends on what you think is 'better' news.

Recently she bailed out on her morning show so she could retain gold elite status with Air New Zealand by flying to Wellington. That was on page three of the Sunday Star Times last weekend, while stuff.co.nz and herald.co.nz posted her online selfies with Mark Sainsbury on the plane. Philip Sherry probably wouldn't have done that.

The focus on trivia isn’t her fault of course. Her ability to be both professional and engaging is what sets her apart.

But for all we know, the merging of entertainment and news these days could be a reason she wanted to leave Mediaworks, as well as the company's news-hostile management moves or anything on offer from another broadcaster.