The Transport Accident Investigation Commission is spending more on inquiries but completing fewer of them. 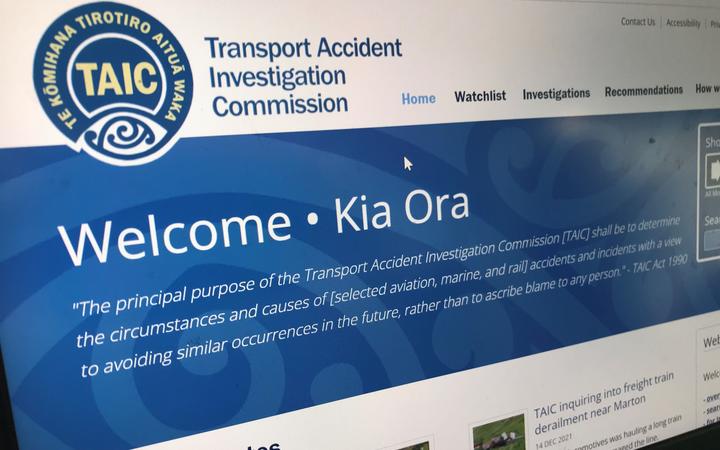 In its half-year performance report provided to the Ministry of Transport, TAIC's average cost for each of the four domestic inquiries it closed between January and June was $511,000.

"The longer an inquiry remains open, the higher the overhead component of the cost is. The older inquiries closed during this period, coupled with a lower number of closed inquiries overall, significantly increased the average cost during the reporting period," a Ministry of Transport briefing noted.

TAIC's open inquiries are also staying open for longer, with the 12 month rolling average for the six months to June at 282 days, compared with 234 days for the same period last year.

Transport officials said while TAIC's metrics were poor, there were explanations.

They said there was a "continued high workload for aviation inquiries".

"Aviation inquiries are generally more expensive and time-consuming than other inquiries.

"The air investigations team also had one position vacant for half of the reporting period."

It also noted staffing capacity issues and a higher than usual staff turnover during the most recent reporting year.

"Six investigative staff left TAIC during 2020/2021 (three due to planned retirements, and three resignations. One of those resignations arose from Covid-19). These staffing changes impacted inquiry timings."

"TAIC notes that staffing capacity has been a key factor affecting its performance outcomes."

TAIC generally employs 14 investigators and, as at 30 June 2021, only five staff were considered qualified to be investigators-in-charge.

Five others have completed core training and could be deployed with managerial support.

The other four roles were vacant.

The briefing noted external staff would be contracted where necessary and several former investigative staff were also making themselves available.

This was mostly due to lower personnel expenses and the deferral of overseas training for staff, due to Covid-19.

A TAIC spokesperson said the commission's outputs were "demand driven" and it did not have a target.

"TAIC does not manufacture a regular supply of accidents to meet a notional target range; they happen and we inquire.

The spokesperson said TAIC took as long as it needed to produce a report.

"The commission, as a quasi-judicial body, takes very seriously its natural justice obligations and the submissions received by those it is required to consult.

"The commission takes as long it needs to produce a report that covers the ground required; establishes safety issues, makes recommendations to address them; and identifies more general safety lessons."

TAIC expected it would meet its expectations for the 2021/2022 year.

TAIC conducts independent inquiries into selected aviation, rail, and maritime safety occurrences with a view to avoiding similar occurrences in the future. It is an independent Crown entity.

For the year ended June 2020 it received Crown funding of $5.5 million.