An ageing workforce alongside claims of a toxic work culture has seen the Transport Accident Investigation Commission (TAIC) lose 13 investigative staff in the last five years - almost a complete overhaul of the investigations team. 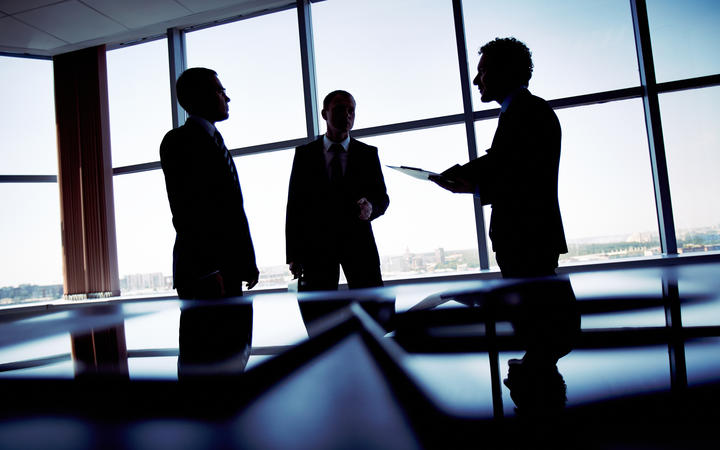 Since 2016, nine accident investigators and four investigations managers have left out of a total team of 17. Six of the resignations were retirements.

TAIC chief executive Lois Hutchinson said the agency expected staff turnover to continue at around this level because it had a larger than normal proportion of investigation staff who were close to the age of retirement.

But current and former TAIC staff RNZ has spoken to said there was more to it than that.

Staff described a toxic work culture with one manager "constantly losing [their] temper, shouting and harassing".

TAIC said it had received no formal complaints, but did acknowledge one episode of bullying behaviour which it said was resolved.

However staff said at least four people had complained of bullying and two staff had left because of workplace culture concerns and had signed non-disclosure agreements.

Staff said they were worried the loss of so many experienced investigators would have public safety repercussions.

"The worry is that the rapid erosion of highly trained, experienced and motivated staff and leaders will leave TAIC unable to protect the public from latent or hidden safety issues going forward."

Covid-19 travel restrictions had also made it impossible for new hires to attend accredited training courses held in the UK.

"It is no surprise that Covid-19 has interrupted a high proportion of formal tertiary training - especially overseas. TAIC is managing this with alternative training either sourced elsewhere or on-the-job," Hutchinson said.

Staff also described the top brass at TAIC - the four commissioners and the chief executive officer - as "extremely risk averse" and would "water down" the investigators' reports and recommendations before publishing the final version of the report.

"The commissioners have no or little background in transport and zero in accident investigation, and all they ever say is 'my name is going out on this' before changing the report, often against the expert investigators' advice or wishes," one investigator said.

"A bland, boring report was ideal... because the government and minister is happy, the media are not all over it, they're not upsetting the operators, the regulators, the families... there's no fallout."

TAIC said in response it was "all about safety" and it "recognises that its reports can impact on individuals and organisations".

TAIC is an independent crown entity, the primary purpose of which is to "determine the circumstances and causes of [selected aviation, marine, and rail] accidents and incidents with a view to avoiding similar occurrences in the future, rather than to ascribe blame to any person", according to the Transport Accident Investigation Commission Act 1990.

In other words, it is responsible for investigating accidents with the aim of producing a report that prevents an accident being repeated.

"The experienced staffing, high turn over of staff and the number of CIA [chief investigators] they've had in the past four years is indicative of systemic organisational disfunction."

"We do have an ageing cohort (of) investigators, and that's reflected in the six who have retired and that retirement was planned and programmed and publicly explained in our accountability documents from 2016 onwards. The retirement program started in 2017 and we've had in each year, one retirement. So those have been followed through."

Those retirements were planned because "back in 2013, 14, we recognised that we needed to have a younger cohort of staff. So to bring in, to train up, because the training for investigators does take two to three years, which is consistent with international training standards.

"So we went to government and got funding to bring on new staff. And we brought in our cohort who started in 2015 and 2016.

"Yes, we've had seven resignations with and average length of service of three and a half years for those resignations. In terms of the profile of where they were going to, most of those who came in in that second cohort are still with us or they're hitting their four or five year time length of service with us, which is very much in support of a competent investigative works workforce. It's not ... out of step with our international peers in terms of the use of service and the level they're at."

Of the four managers who left, three were retirements, Hutchison said.

The seven who resigned were investigators.

"We have a cohort of staff, current staff, 10 of our 12 staff currently have had five and more years of experiences as investigators, five of them are senior. What I'm trying to say to you are those who have left, there's nothing unusual.

"One of them left at nine months, because he didn't like the work ... he was on the training program... Some of the staff who left, I think it's two, we with there less than a year because the job they felt didn't suit them."

Responding to claims that TAIC preferred bland reports, Hutchison said: "The commission has a standing commission of inquiry. It's a quasi judicial body that has the powers of a district court. And it has real heavily reliant on the strength of evidence that has laid before it. And that evidence is contestable. And it is contested...

"The commission is absolutely diligent and thorough in it's work, in terms of the standard of evidence that it scrutinises. It's not here to blame people, it's there to improve safety. So it must operate in accordance with natural justice, 'cause we're not there to harm people.

"Human error is always addressed. It's a core element that is always scrutinised in investigations."

Asked about workplace culture, Hutchison said: "We have had, I think, like so many other organisations across New Zealand with the impact of Covid-19, a level of disruption and stress in our workplace. We have also in place, very strong procedures, a code of conduct in terms of responding to bullying and misconduct.

"What I'm saying is that we were on cycle with the retirements and our managers. We were through the process of replacing and we did replace and then Covid came. So we've got a new management team."

She would not say if a manager accused of bullying was still at TAIC.

Asked why, she said: "I can't speak to that. I'm honouring an agreement made and I'm acting in good faith".

She was surprised that TAIC had come to RNZ since the story was reported with their own complaints about the culture at the organisation.

"I would have thought that if that were the case, they would've expressed them within conversation, which we have encouraged people to do to speak up. So I'm not going to challenge or query their concerns.

TAIC said its reports were of the highest quality and able to withstand international scrutiny from its global counterparts.

The organisation received $7.3 million in funding in the previous financial year.